A look at the beauty of the Grand Canyon would make one think that this place couldn't get any better -- that is, until one finds out what goes on behind the scenes. 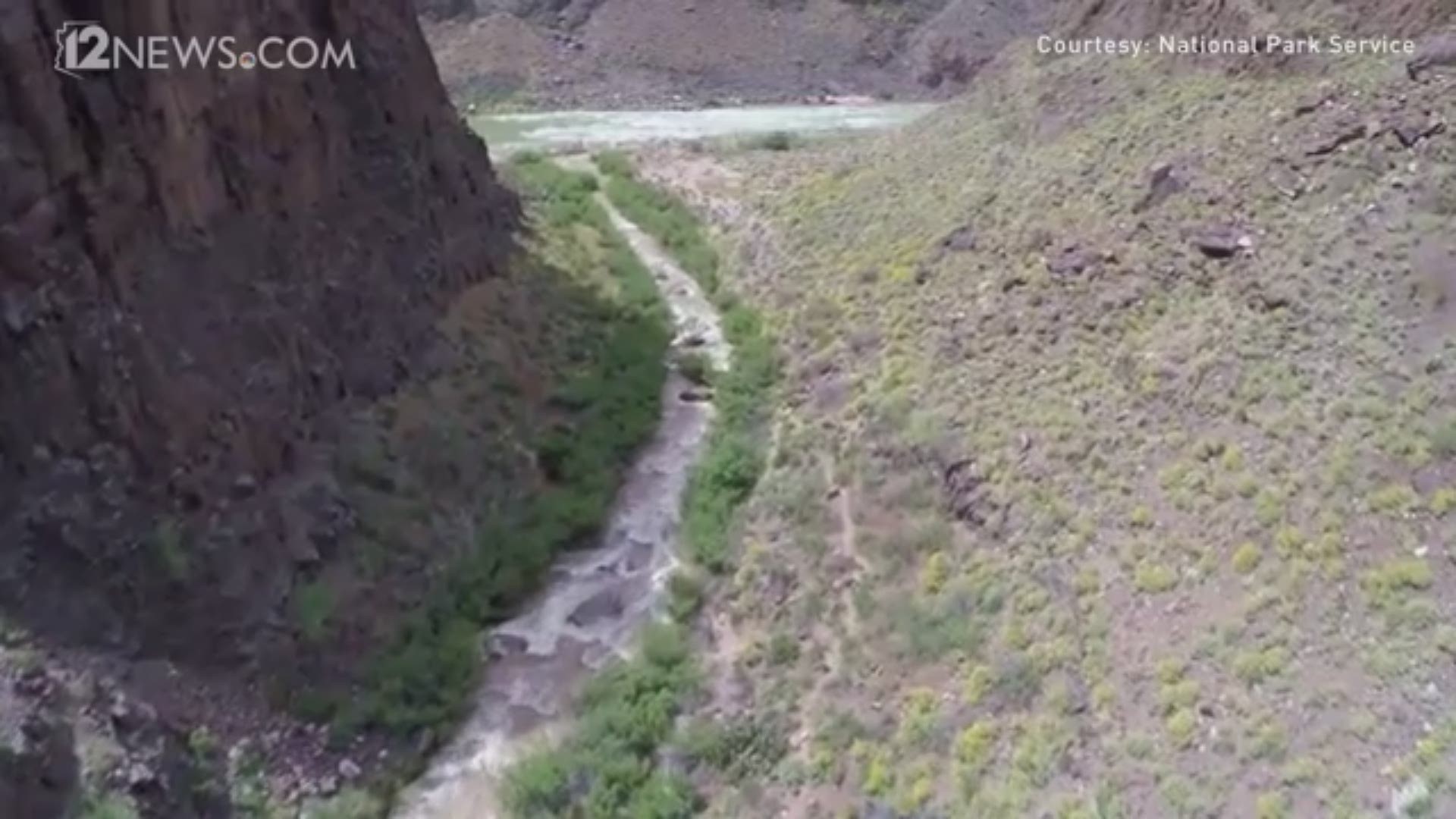 It's one of several natural wonders of the world, one of the most-visited National Parks in the country, the state's nickname namesake and a must-see if you've ever even crossed the border into Arizona.

A look at the beauty of the Grand Canyon would make one think that this place couldn't get any better -- that is, until one finds out what goes on behind the scenes.

The Grand Canyon National Park is the only National Park that has a fleet of drones -- referred to as unmanned aerial systems (UAS) -- designed to be used in search and rescue scenarios. Meaning, the systems are owned and operated as part of the park's aviation program.

Chief Ranger Matt Vandzura said they've been working on the program for at least a year and have had the UAS in the park for about six months.

Risk management, Vandzura said, was one of the main drivers behind the decision to introduce the program in an effort to create the biggest safety margin for their staff.

"Many of the missions that we’re doing with the UAS were missions that previously we would do with a full-sized helicopter with four to five people on board," he said. "So now we can do things with a UAS with no people at risk and in some cases we can do them slightly quicker."

Vandzura said the park has a fleet of four UAS with six operators trained as pilots.

The pilots underwent training for about a week at the Grand Canyon, but will continue to train throughout the year in order to stay up with any recent policy changes and to maintain proficiency.

The program recently made headlines in the search for two missing hikers who were swept away while attempting to cross a creek.

But Vandzura said that wasn't the first time they were used -- referencing a launch earlier in the year to investigate what turned out to be an accidental fall from the South Rim.

Vandzura actually brought up two cases in which the UAS helped crews assess the situation and complete missions safely.

"One case we were able to evaluate the whole mission, project a timeline and realize that we would be very close to not being able to complete the mission before it got dark," he said, "which would severely impact the safety of our staff."

Through using the UAS, the team was able to confirm the person had died -- helping the team in making a decision to return with a full day to complete the mission.

But in another case, information provided by the UAS, Vandzura said, allowed crews to determine there was enough time to get the mission done.

A big reason for this, the UAS provides a real-time look to an operator and video that can be watched later.

“We have the real-time video that the operator is seeing as they’re flying, but then it’s all being stored," Vandzura said. "Common practice is to take that video back to an office put it up on a big screen and be able to analyze it later to see if there were things we missed."

Vandzura said the park will continue to use the UAS in situations like those in the future given the conditions are right to fly, the expectation for success is high and they are able to reduce the risk to their staff.

"I have been out on the rim a few times when we’ve been flying the UAS in a situation that previously we would’ve had a helicopter right off the South Rim," he said.

In regards to how he feels about the program, Vandzura said his reaction has been positive throughout the planning and development stages which has grown to a "great sense of we’re using the right tool to get the job done."

And is there interest from other parks to introduce their own programs?

Vandzura said the Grand Canyon's aviation program manager receives about a phone call a month, maybe even more, from other parks interested and wanting copies of their documentation so they can either start their own programs or figure out the best way to use a UAS in their own parks.

"I’m very happy that our group here at the Grand Canyon put in the effort in creating this UAS program that provides so much additional safety for our people,” Vandzura said.

1 / 8
<p>Tapeats Creek is shown from a park-operated "Unmanned Aerial System." The Grand Canyon National Park is the only National Park that has a fleet of drones designed to be used in search-and-rescue scenarios. (Photo: National Park Service)</p>