A "red flag" law would allow for police or concerned family members to petition a judge to take guns away from people who pose a threat. 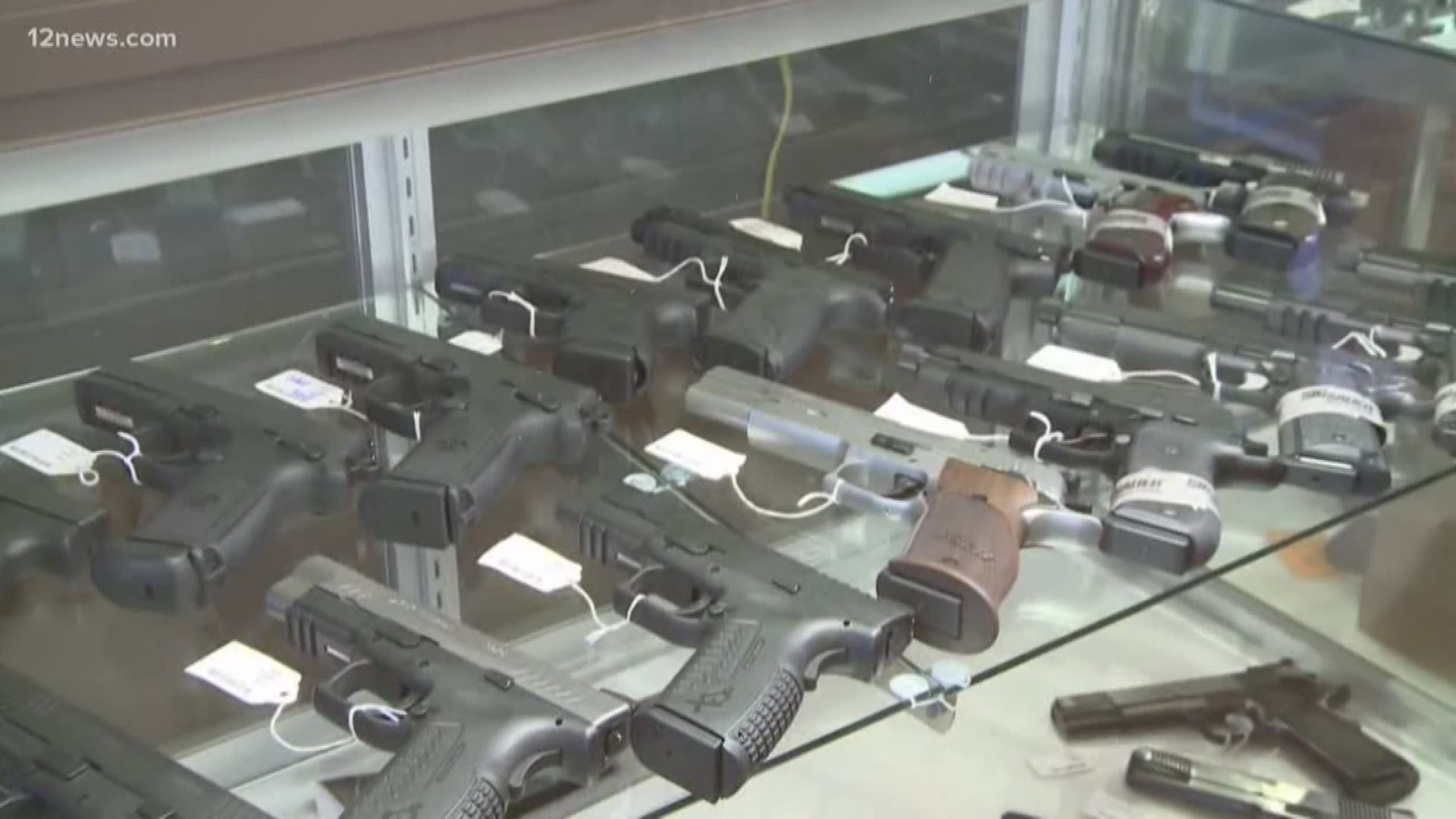 President Trump is calling for more focus on mental health screenings in the wake of two mass shootings over the weekend.

"We must reform our mental health laws to better identify mentally disturbed individuals who may commit acts of violence," said President Trump.

According to the FBI, as of December 2018, an estimated 36,000 people have had a firearm permit denied in Arizona related to mental health.

As it stands, Arizona's mental health gun laws align with federal laws. Gun sales are prohibited to those who a court has found guilty except insane, incompetent or a danger to themselves or others.

Unlike 17 states, Arizona does not have a "red flag" law which would allow for police or concerned family members to petition a judge to take guns away from people who pose a threat.

RELATED: How can you identify a potential mass killer? A Missouri professor is looking to train people

In a statement to 12 News, a spokesperson for the governor said Ducey plans to renew that push.

"This weekend was one of sadness and tragedy. Our hearts are with the people of Dayton and El Paso as we grieve these horrible and senseless tragedies.

In 2018, Governor Ducey worked with school leaders, law enforcement, prosecutors, mental health professionals, parents, students and teachers to develop a plan for Significant Threat Orders of Protection (STOP orders). Like "red flag" laws, STOP orders would ensure those who are a danger to themselves and others are evaluated and prohibited from possessing firearms.

Support from President Trump and Congressional leaders for "red flag" laws is important, and it's a common-sense approach to protect public safety.

This is an idea that’s time has come, and we remain hopeful both sides can come together to advance commonsense policies that make a meaningful impact."