According to the new law, the Board will dissolve in July 2023. In the meantime, lawmakers are scaling back the Boards’ duties. 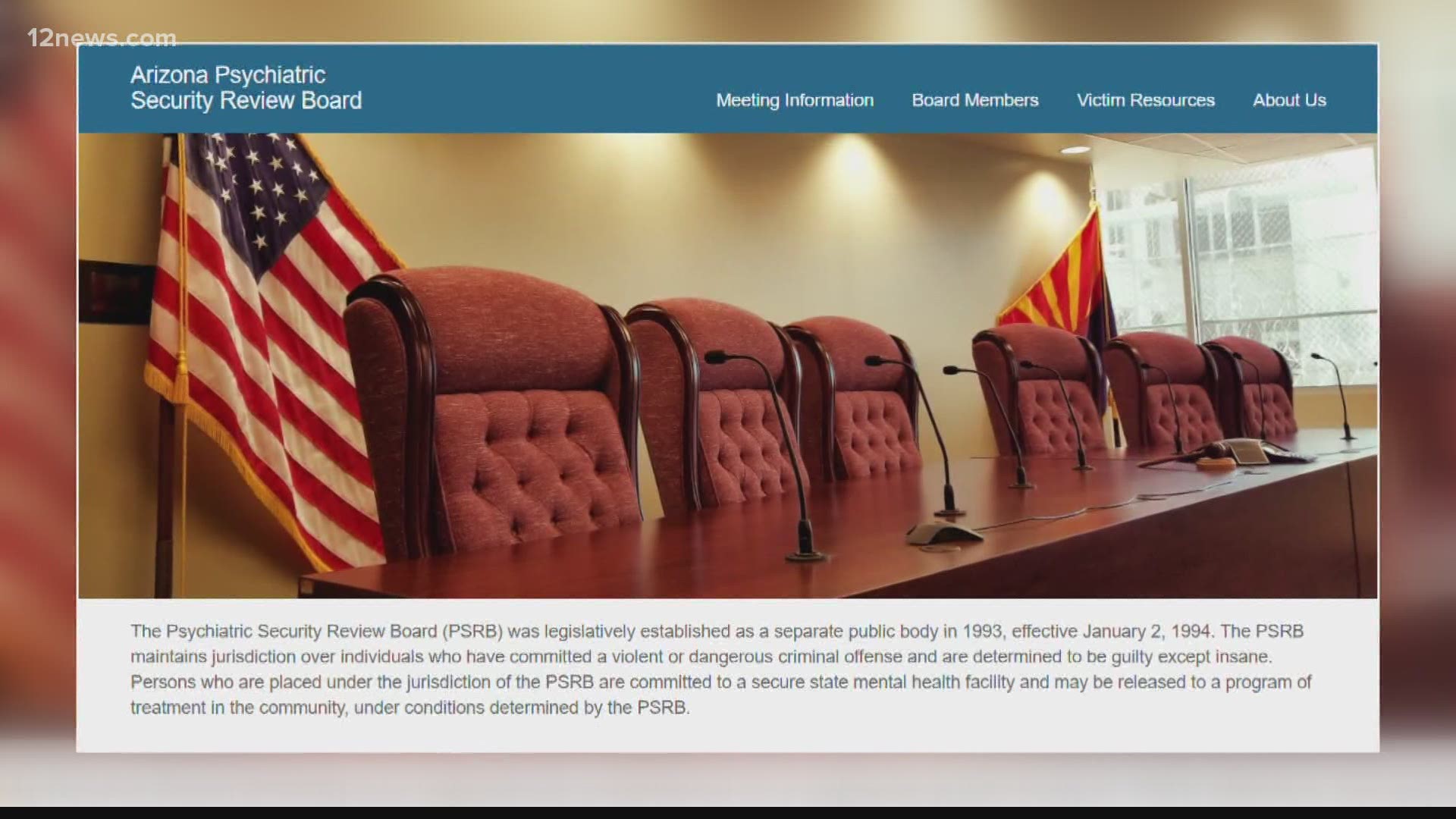 The state board that allowed a convicted double murderer to be released from the Arizona State Hospital into a Gilbert group home, where police say he then murdered another resident, will be losing its power to make decisions.

Governor Ducey signed SB1839 into law Tuesday, which would shift power from the state's Psychiatric Security Review Board, or PSRB, to the state's superior courts.

According to the new law, the Board will dissolve in July 2023. In the meantime, lawmakers are scaling back the boards’ duties and setting up new rules for monitoring people that could pose a threat to the public.

The 12 News I-Team started taking a closer look at the PSRB after Gilbert Police arrested Christopher Lambeth for murder back in April 2021.  Lambeth, who is now in MCSO custody, is accused of killing another resident at the group home.

The PSRB has not provided any explanation as to why Lambeth, who was convicted of killing his grandparents, was sent to stay at a Tilda Manor group home in Gilbert.

Lambeth pleaded “guilty except insane” to those 2005 murders and was sentenced 25 to life at Arizona’s State Hospital, designed to treat people with mental illnesses.

It’s not clear how long he was at Tilda Manor, but available records from the PSRB show he was approved to live in the community as early as 2017, serving less than half of the sentence.

Role of the PSRB

The PSRB was established in 1993 to have jurisdiction over violent offenders who pleaded "guilty except insane," also known as GEI.

Lambeth was one of the dozens of people under the Board's purview. The latest data from 2019 shows 114 people on their watch.  A majority are still in the State Hospital, but more than a dozen at that time were approved to be in the community.

According to the PSRB's website, "The PSRB maintains jurisdiction over individuals who have committed a violent or dangerous criminal offense and are determined to be guilty except insane. Persons who are placed under the jurisdiction of the PSRB are committed to a secure state mental health facility and may be released to a program of treatment in the community, under conditions determined by the PSRB."

"I think the Board members do good work, make reasoned decisions, and are very careful to make sure the public is kept safe and protected," said Dr. James Clark, the Board's Chairman, speaking to the Senate's Health and Human Services Committee in November 2019.

In that meeting, the Board was hearing testimony regarding a 2018 Audit of the PSRB, which found, in part, the Board was making decisions with inconsistent data, like mental health reports lacking "sufficient detail." The report went on to say "The lack of sufficient information jeopardizes the Board’s ability to make timely and consistent decisions regarding GEI persons."

The PSRB acknowledged all audit findings and planned to implement any recommendations.  At the time, the Committee approved the Board for 8 more years, but this new law gets rid of the Board altogether.

The law puts all decisions about releasing people from Arizona State Hospital in the hands of court by 2023, among other duties.

In the meantime, the law calls for Dr. Clark’s position to be replaced by a former judge, while all other board members are mandated to go through training through the state.

The court will also have the authority to order mental health reports for people who have been released and can send people back to a secure mental health facility if they pose a risk to themselves or others.

When 12 News approached Dr. Clark in person after a Board meeting last week, he said he had "no comment" on the Lambeth case.