Previous numbers that the governor has used to point to the Biden administration "breaking the border" are largely attributed to the Trump administration. 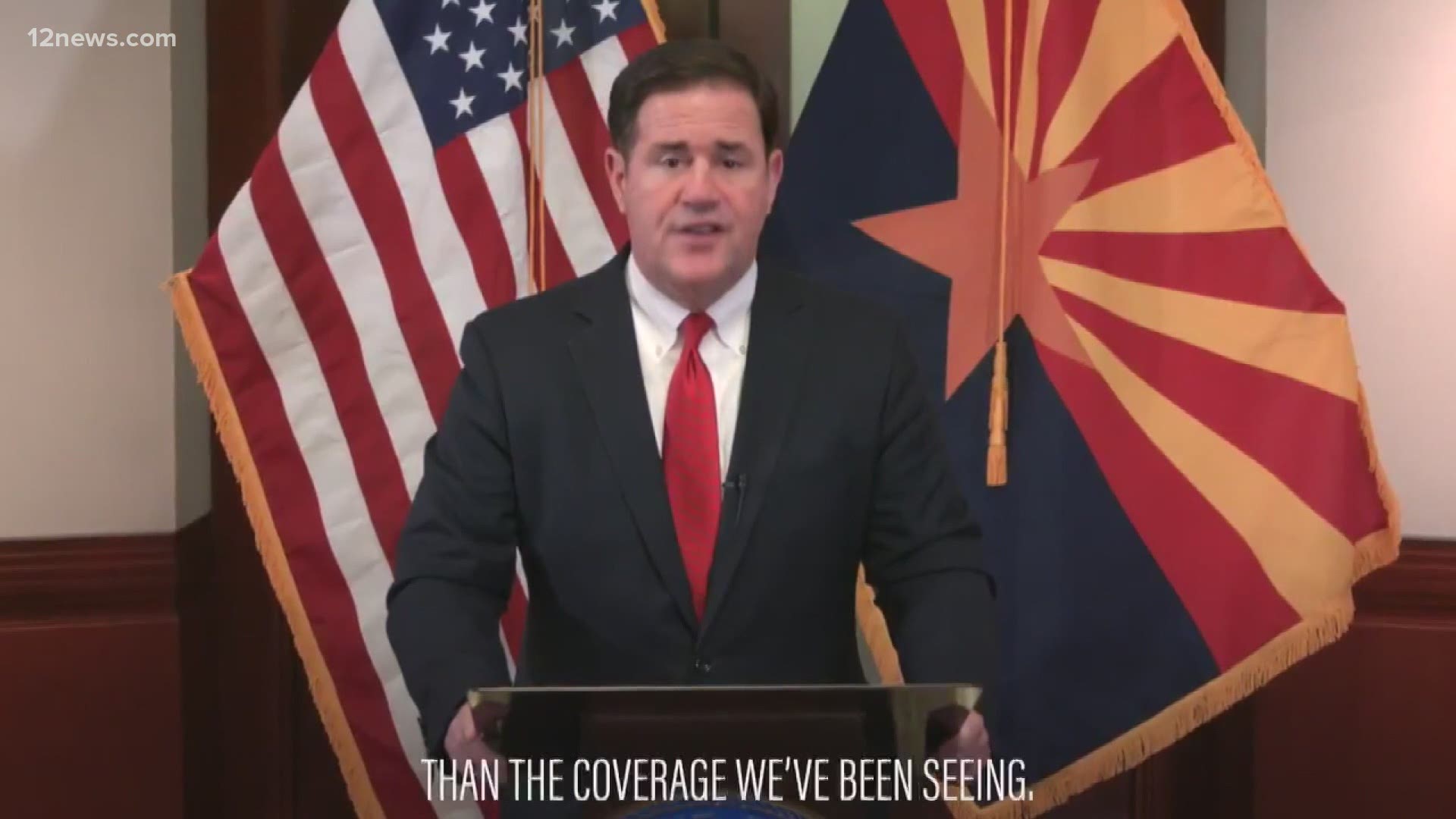 ARIZONA, USA — Arizona Gov. Doug Ducey issued an emergency declaration over the most recent surge of migrants to the state's southern border with Mexico.

The governor also announced the deployment of the Arizona National Guard to the border due to the "rapid increase in apprehensions and migrant children in federal custody," the governor's office said in a press release.

Around 250 guardsmen will reportedly be assisting local law enforcement officials on multiple fronts, including:

A data point that the governor mentioned for the reasoning behind the declaration is the "rapid increase in apprehensions," the office said.

Ducey has previously used the data on apprehensions to say that Biden "broke the border," but numbers have pointed towards the vast majority of increases in migrant apprehensions happened under the Trump administration.

Additionally, 12 News previously debunked a statement made by the governor that U.S. Customs and Border Patrol had 100,000 migrants in custody, but the department said that 72% of migrants were turned around and expelled from the country.

"It's become evidently clear that Arizona needs the National Guard, and the White House is aware of that," the governor said. "Yet, to this day, there has been no action from this administration, and it doesn’t look like they are going to act any time soon."

12 News has previously verified that claim. The Department of Homeland Security confirmed that more than 18,000 children were in federal custody.

The announcement comes the day Customs and Border Protection held an open house at a new tent-like migrant processing center in the border community of Yuma.

It's the first of two planned in Arizona to process and temporarily shelter a growing number of asylum seekers. A similar structure is going up in Tucson.

There was no immediate response for comment from U.S. Customs and Border Protection officials.

Ducey also announced he will be visiting Yuma County on Wednesday to get more details from community leaders and law enforcement.