After the Gila Bend mayor issued a state of emergency when Border Patrol released asylum seekers in his town, residents are coming together to find solutions. 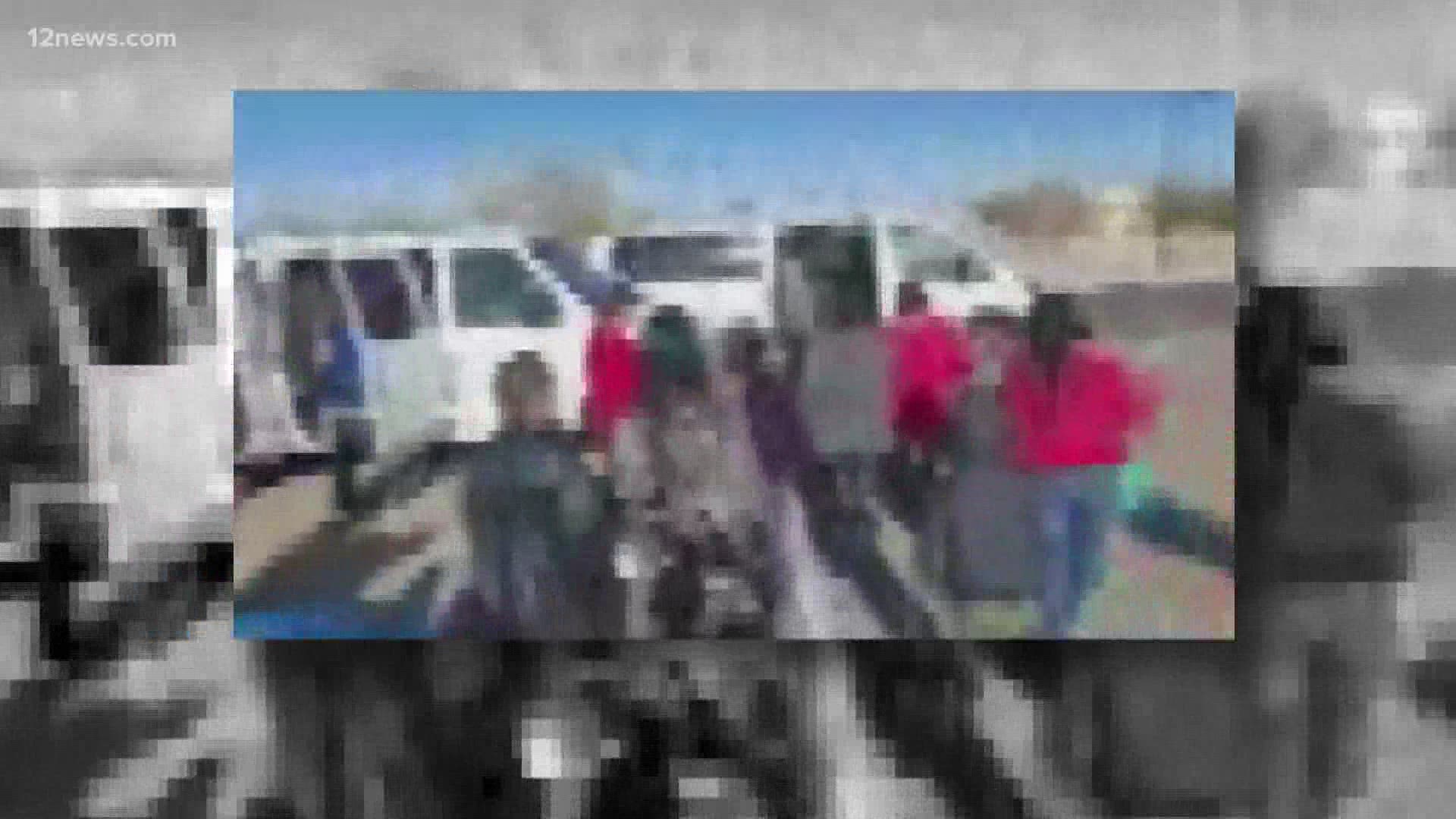 GILA BEND, Ariz. — Asylum seekers are being released in Gila Bend with no adequate notice or reason. Now the mayor said it's forced him to declare a state of emergency as community members come together to deal with the situation.

On Monday, Custom and Border Patrol dropped off 16 migrants in the middle of town at the Gila Bend softball park, Mayor Chris Riggs said.

Of those asylum seekers, five families were from Venezuela and one from Chile, the mayor added.

Riggs said CBP gave him a 2-hour notice. He scrambled to get transportation, and his wife, two volunteers and himself drove the families to a shelter in Phoenix in two borrowed vans.

Gila Bend, which is 80 miles north of the U.S.-Mexico border, is a small community with limited resources. Of the 2,000 residents, 70% are Hispanic.

The mayor said the town operates on a tight ship, with five people managing the town's operations. Overall, they have 31 employees, but it's not enough manpower to help deal with the sudden CBP migrant drops on top of handling city necessities.

The municipality doesn’t have any shelters either, a designated spot for migrant families to go when released, or the funds to create one. That’s why Riggs says he was forced to declare a state of emergency.

Riggs said he hopes Gov. Doug Ducey will release FEMA funds to help his community care for the asylum-seekers that arrive in his town.

“We care, we want to help these people, the problem is we don’t have the funding," Riggs added.

The mayor said that so far, he hasn’t heard from the governor or his office. But who has reached out, is community members.

“We are on standby, waiting for them to let us know," said Gerardo Cruz, who owns a local store in town and offered to feed any migrant families that are dropped off.

He was one of the community members who came to assist aid on Monday when the 16 asylum seekers were dropped off in one of the town’s bus stops where he helped with translations.

“They were very emotional, a woman started crying, thanking God that they were in good hands now," Cruz said.

Other local residents have also stepped up to help like creating hygiene bags for the families and gathering donations for food and clothing.

Riggs said the federal agents that left the migrants in his city “were under the impression families could buy bus tickets here." But he says the Valley shuttle requires a 24-hour advance purchased ticket, which none of the migrants had.

If the transport to a Phoenix shelter hadn’t happened, the mayor said families would have been forced to sleep at the park in a city they didn’t know and 30 miles away from the nearest city: Buckeye.

Riggs said he will be on standby and is expecting to get at least one drop every day.

“This is just wrong," he said. “We need to take the politics out of it, and we need to just focus on right and wrong. The way these people are being treated is just flat out wrong."

A week prior to Monday’s migrant drop, Riggs says there were two other CBP van loads that were destined to come to Gila Bend, but according to him, Sen. Kyrsten Sinema helped divert those to Tucson.

In a vague statement, CBP wouldn’t confirm the migrant releases in Gila Bend or explain the reason behind it.

As he awaits a response, Riggs said he will create a job position to help coordinate future migrant releases but says the city has no funds for it as of now.

The federal agency is expected to build two temporary, soft-sided facilities to help address the influx of migrants, one in Yuma and one in Tucson.

Sinema’s office said they expect these facilities to operational by mid-April.

The Arizona Department of Emergency and Military Affairs responded to 12 News requests directed to the Governor’s office about the state of emergency declared by the Gila Bend Mayor.