The flag in their honor is flying in Ventana Canyon, where the public can go to pay tribute. 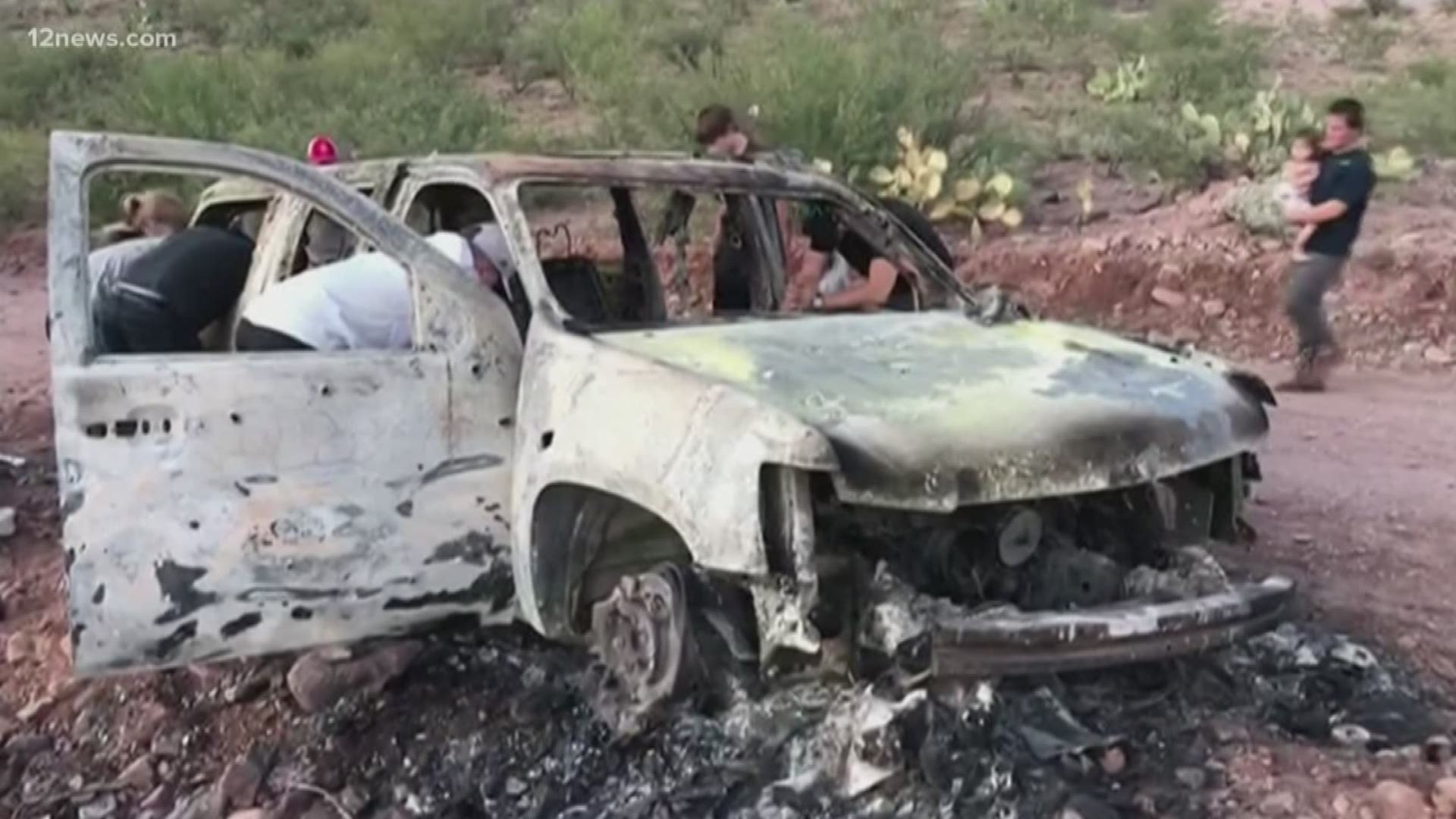 TUCSON, Ariz. — Follow the Flag, a nonprofit based out of Utah, made a special trip to Arizona over the weekend.

According to the Follow the Flag website, the founder started the organization to create a project that unites people around a common symbol of freedom.

They wanted to bring their 1/4 acre flag to Tucson to honor the women and children killed in an ambush attack in Mexico last week.

Three SUVs were traveling from Northern Mexico to Arizona when it's believed they were ambushed and gunned down by a drug cartel.  Three mothers and six children were killed. Eight children survived the attack.

The flag in their honor is flying in Ventana Canyon, where the public can go to pay tribute.