A javelina attack is causing Arizona Game and Fish to take action in Fountain Hills. 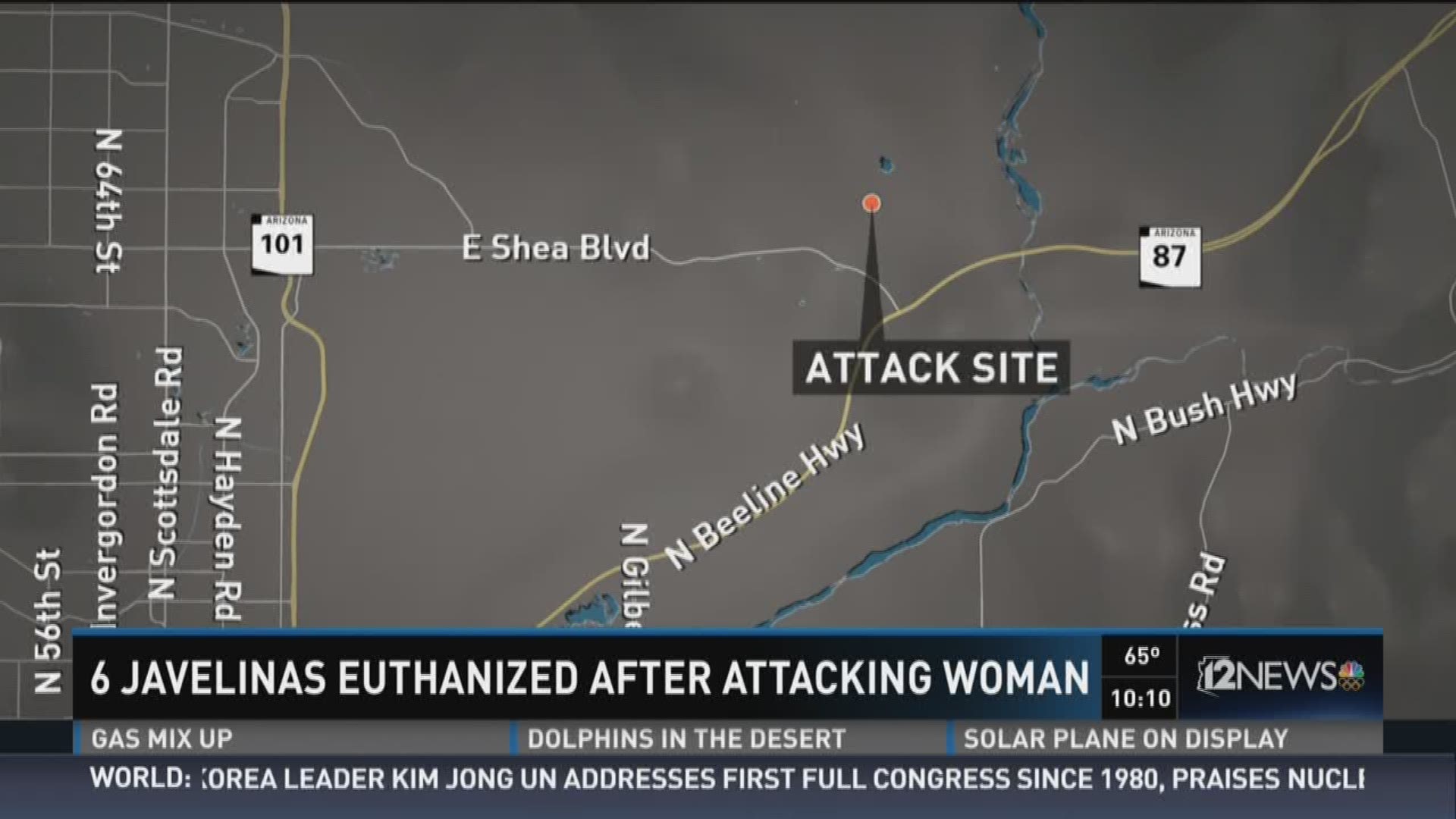 A javelina attack is causing Arizona Game and Fish to take action in Fountain Hills.

A woman was out walking her dogs earlier this week when she was attacked by several javelinas.

The woman had to have surgery for multiple bites and her husband had to fight the animals off to save her from the attack. The couple's dogs were also injured.

The woman is being treated for rabies exposure as a precaution.

Amy Burnett with Arizona Game and Fish says this is not typical behavior for the animals. She says an investigation into the attack found that at least two families in the area had been feeding the javelinas and also coyotes in a nearby wash area.

Arizona Game and Fish said feeding the animals led directly to these attacks. Burnett says javelinas and dogs are natural enemies and javelinas usually flee. She went on to say that a situation like this can occur when people feed wild animals. It is illegal in Arizona to feed any wild animal, except for birds.

Six javelina connected to the attack were removed and euthanized. They are being tested for rabies.