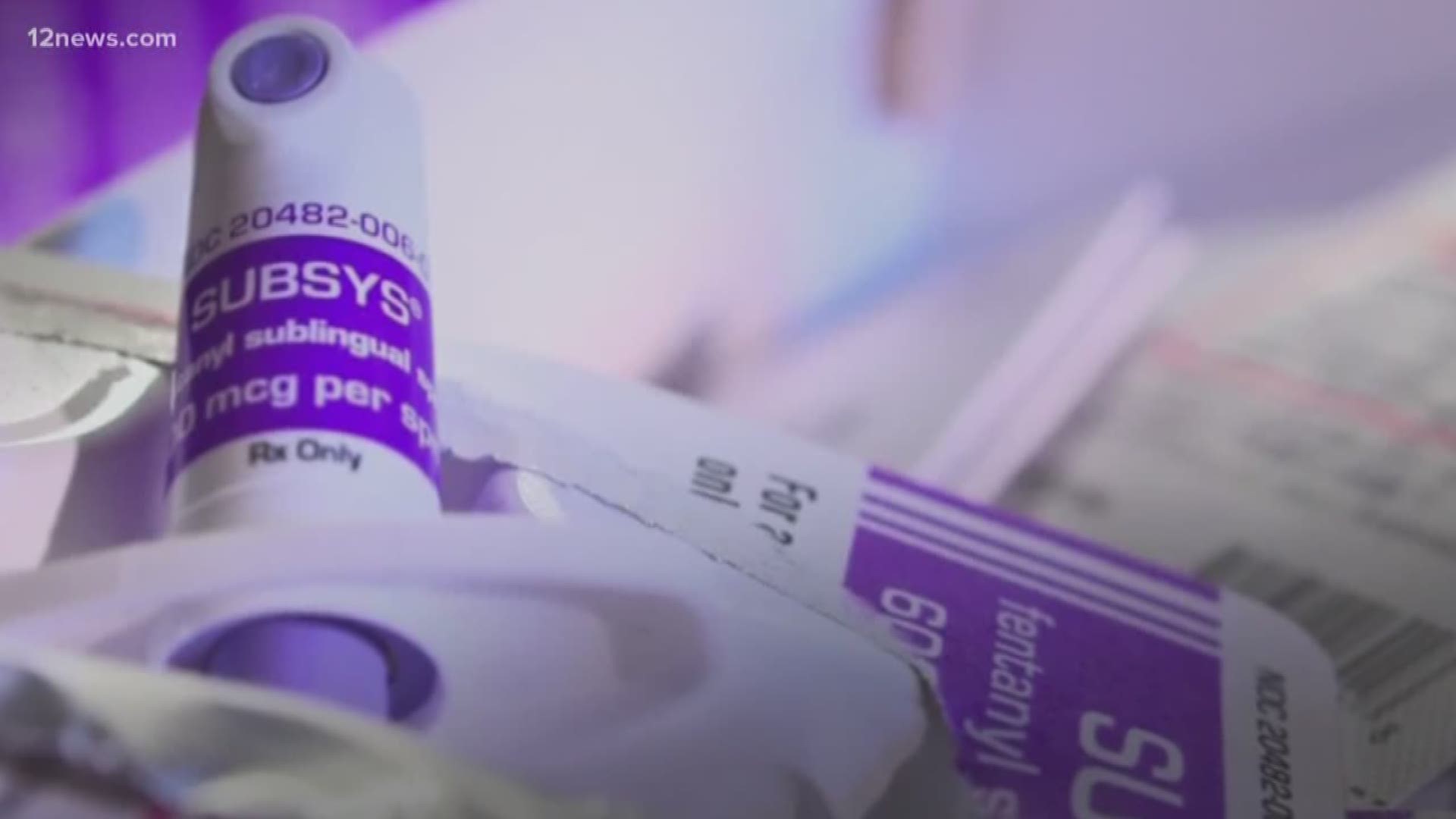 PHOENIX — A former sales executive for a Chandler-based company tied to a bribery scheme to get doctors to over-prescribe a highly addictive fentanyl spray has settled with the state of Arizona for $9.5 million.

The powerful opioid is meant for cancer patients with severe pain.

Prosecutors say from about September 2012 to December 2015, Burlakoff sought out doctors who expressed a willingness to write Subsys prescriptions or prescribe higher doses in exchange for speaking engagements.

According to court documents, doctors involved were paid up to $125,000 a year in speaking fees for events that were advertised as educational opportunities for other doctors.

A civil lawsuit filed by Brnovich alleges that three doctors who collected the speaker fees wrote prescriptions that accounted for more than half of Subsys sales in Arizona from March 2012 to April 2017.

Most of those who received the prescriptions weren’t cancer patients, prosecutors say.

The settlement states that Burlakoff will pay the state the $5.2 million he made as a result of his operation of the program, as well as $4.3 million in civil penalties.

Burlakoff also agreed to testify in the ongoing litigation against Insys, according to the settlement. He is permanently barred from advertising or selling prescription pharmaceuticals in Arizona.

In a statement to 12 News, Insys said in part:

"Insys Therapeutics in no way defends the past misconduct of former employees and is fully cooperating with the government."

In November, Burlakoff pleaded guilty in federal court to a criminal charge of racketeering conspiracy. He faces up to 20 years in prison.