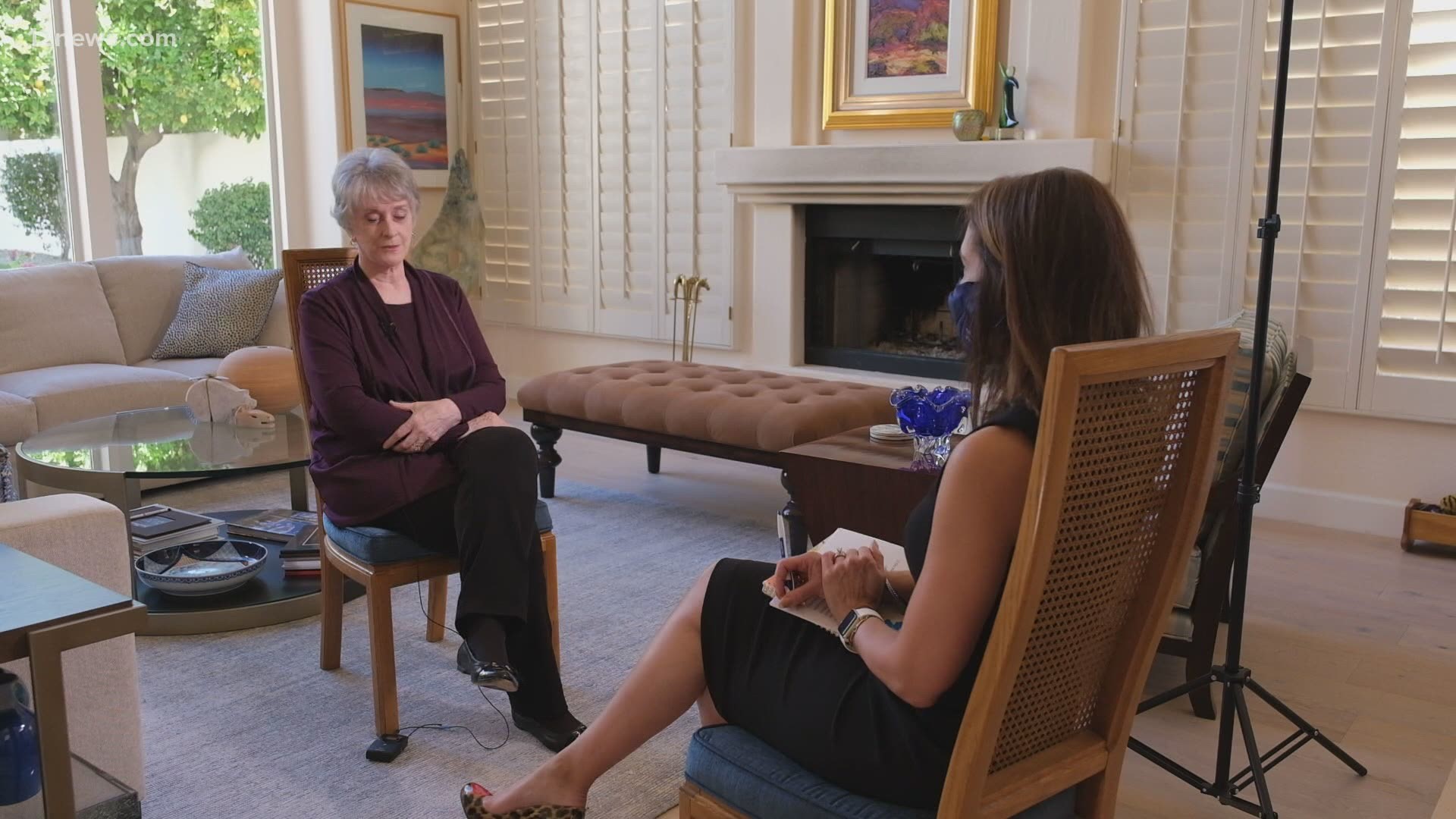 PHOENIX — Former Arizona Supreme Court Chief Justice Ruth McGregor defied gender stereotypes and rose to the highest court in our state with the goal of paving the way for women and minorities.

Now retired, McGregor vividly remembered as an undergraduate on a mostly male university debate team in the 1960s, her aspirations for law school were not so gently tempered by suggestions to go into teaching, nursing, or clerical work.

“My advisor actually said, ‘Well, you know, you're getting a teaching certificate, that's a good thing for a woman to do’ and to no credit to me, I agreed. So, I kind of put [law school] in the back of my mind. Then some years later, we were in Phoenix and ASU had just opened its law school five years earlier. It was another chance to do something that I had really wanted to do," McGregor said.

Her timing may have been fortuitous.

“Our class was fortunate because we were the first class. We graduated in 1974 and that was really the first class where the large Phoenix law firms had decided they needed to hire some women," McGregor explained.

“I've always thought it was because they thought he could deal with a bossy woman as he did with Sandra," McGregor said.

Over the years, McGregor got to know the O’Connors well.

When Sandra Day O’Connor was tapped by President Reagan to be the first woman to sit on the nation’s highest court, McGregor was invited to join her in Washington, DC as a law clerk. Observing O’Connor in action would prove to be an invaluable experience.

“She is the most efficient, focused person I've ever been around. People would ask how did she get so much done? Because he or she had all of the work of the court and then so many other demands on her time and she always found time for her family and friends," McGregor said.

The experience in Washington inspired McGregor to become a judge herself.

She returned to Arizona in 1989 and sat on the state court of appeals, ascending to the chief judge, then onto the Arizona Supreme Court in 1998 where she served as chief justice from 2005 until her retirement in 2009.

During her time on the bench, McGregor pushed for a chance to get better representation in our courts.

“I hope people do remember that I worked, as did all of my colleagues, to find new ways. You always have to be looking for new ways to improve access to the courts and to make the courts more reflective of the population in general. If people remember any of that, I'd be happy," she explained.

In retirement, McGregor still keeps a hand in the justice system most notably as a board member of the Institute for the Advancement of the American Legal System which works toward improving excellence and access to the courts.

She also weighed in on local investigations such as security issues within Arizona state prisons and allegations of ethics violations at ASU’s Economics Department.