The Flagstaff Unified School District said its servers were attacked by ransomware, a cyber attack where hackers ask for money, but it doesn’t appear they got any. 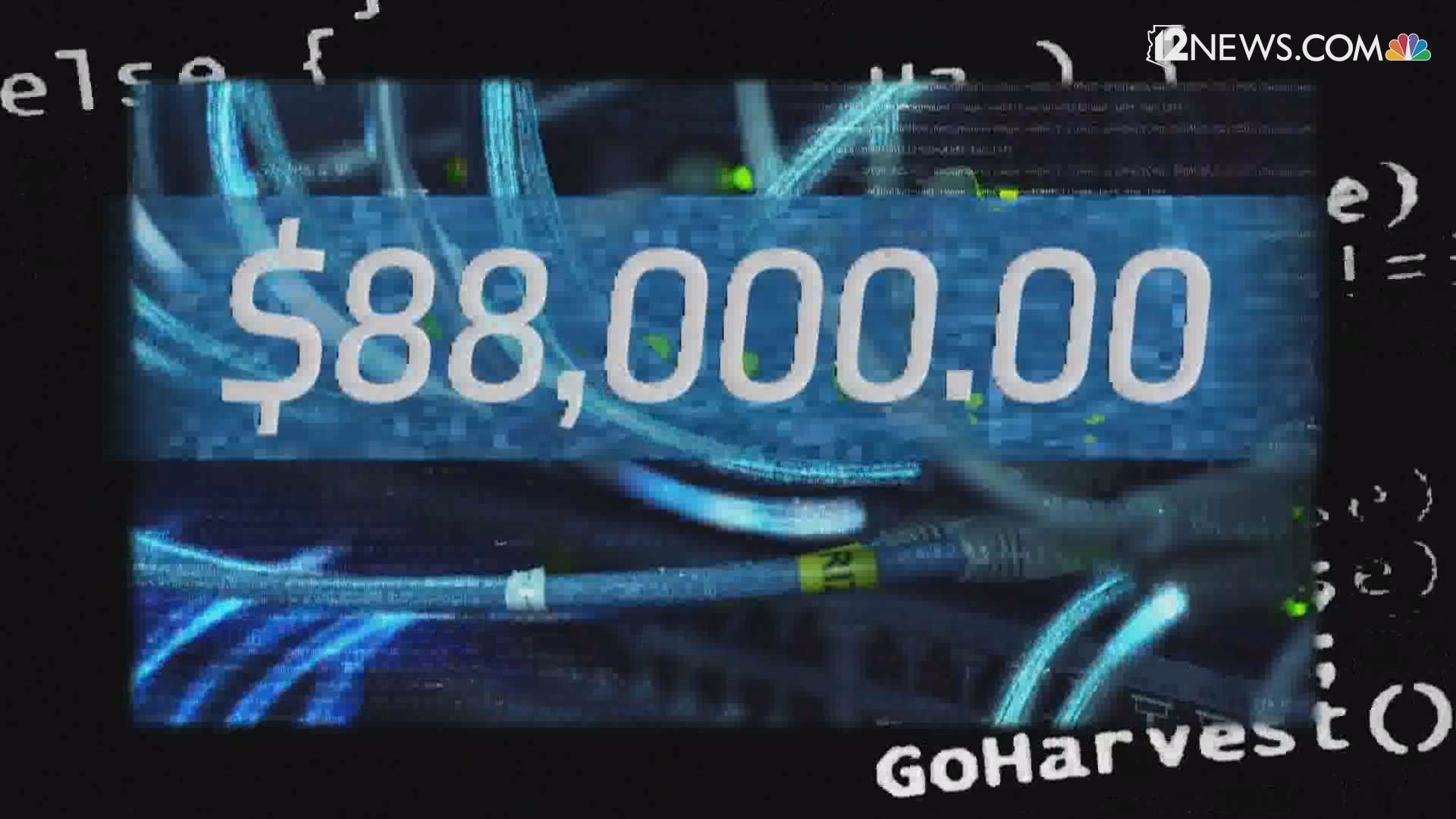 PHOENIX — Editor's note: The Flagstaff Unified School District announced that students would make up the two days of school that were canceled due to a ransomware threat on April 27 and 28.

The Flagstaff Unified School District called off school Thursday because of a ransomware cybersecurity threat.

School district officials aren’t saying exactly what the threat was or how much money was demanded by the hackers.

The district said schools were also closed on Friday "due to the continuing work to respond to the cyber security attack," a Facebook post read.

"Progress was made today in securing critical FUSD systems, but unfortunately, work will need to continue through the weekend to ensure that students can return to school on Monday."

But the district announced Sunday that school would be back in session on Monday.

"We appreciate your patience as FUSD tackled an unprecedented challenge in the wake of a cyber attack," the district website read.

"Team FUSD has been working around the clock securing systems and updating computers and devices."

Team 12’s Mike Gonzalez talked with the school district and cybersecurity experts about what’s being done and how you can protect your data.

“Our IT teams worked quick to contain the issue so we could minimize the damage,” said Fountain.

The district's IT team noticed strange activity to their servers on Wednesday morning.

They immediately acted and determined it was ransomware, a type of cyber attack where the hackers ask for money and threaten to destroy data.

It doesn’t appear the hackers got any money. “We feel we reacted quite quickly,” said Fountain.

Flagstaff Unified is not alone in its fight against hackers. New York's Rockville Center School District paid a $88,000 ransom demanded by hackers to regain access to its computers before the start of the school year.

Twenty-two cities in Texas were also held hostage for millions of dollars, forcing libraries and police departments to go back to handwritten records.

Baltimore city services have also been attacked, and Lake City, Florida, was forced to pay out half a million dollars.

Seventy percent of ransomware attacks target small businesses; the average demand is $116,000. But desperate to recover their data, some businesses have paid as much as $935,000 in ransom.

The suspects, often overseas, are nearly impossible to find.

Cybersecurity expert Adam Levin says organizations like school districts need to train its employees against phishing techniques and keep their computer systems up to date -- because ransomware hacking isn’t going away.

Levin says ransomware hacks are on the rise and it could cost you your livelihood if you’re not careful.

“Ransomware is malware that gets into your system that can lock up your files and can prevent you from accessing your files," he said.

Levin says these cyber criminals are ruthless, meaning you need to be on high alert at all times.

Levin, who owns CyberScout in Scottsdale, works with companies worldwide. He says he teaches them the three Ms:

“You need to constantly monitor what’s happening on your computer systems,” said Levin.

As for The Flagstaff Unified School district, their quick actions may have prevented a huge payout.

“There’s been no discussions in terms of payouts or things like that, that’s because our team moved very quickly to contain the issue,” said Fountain.

The school district is going to use their snow day procedures and make the missed days up this spring.