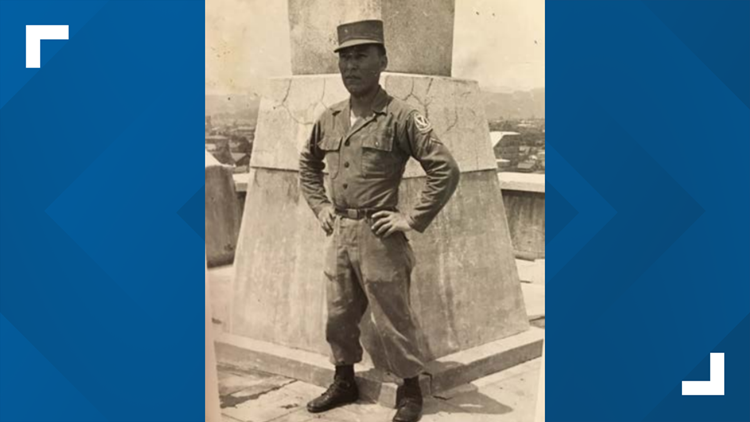 Photo by: Navajo Nation
Oliver Leo Kirk Sr. during his service with the U.S. Army in the Korean War.

GANADO, Ariz. — Flags on the Navajo Nation will be flown at half-staff on Wednesday to honor a Korean War veteran and retired Navajo police officer who died last week.

Oliver Leo Kirk Sr. passed away Nov. 28 at the age of 88 in his hometown of Ganado, Arizona.

He was in the U.S. Army from March 1953 to April 1955 and served in the Korean War, where he was wounded in battle and earned several service medals for his courage.

Oliver Leo Kirk Sr. during his service with the U.S. Army in the Korean War.
Navajo Nation

After Kirk returned to Ganado, he served as a Navajo police officer for 34 years.

Kirk is survived by his wife, Maggie Jane Kirk, their 13 children and their 37 grandchildren.

The flags will be lowered on Dec. 4, the day of Kirk’s funeral service. The service will begin at 9 a.m. at the All Saints Mission Church in Ganado.