I-17 is the quickest route to and from northern Arizona, but the stretch from Anthem to Sunset Point can make it one of the most dangerous roads in the state. 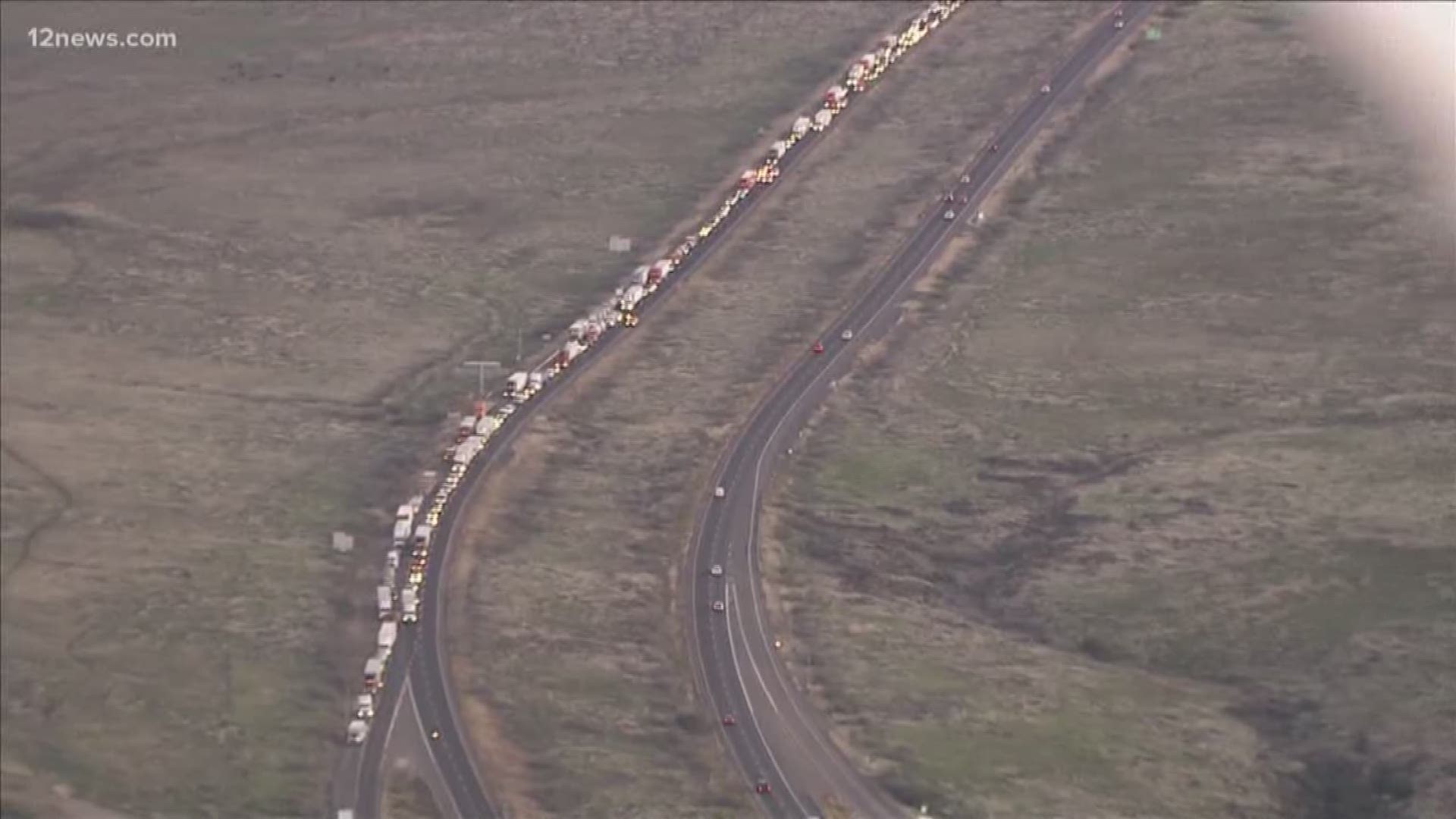 FLAGSTAFF, Ariz. - The state of Arizona is going to benefit from a $90 million federal grant to widen one of its most important roads at one of its most dangerous stretches.

Interstate 17 is the only freeway that leads to northern Arizona from Phoenix and it's the most direct route. But the curvy, zig-zagging road has been a hotspot for accidents and slowdowns forever, especially in the stretch between Anthem and Sunset Point.

For the Arizona Department of Transportation, this stretch of I-17 has always been at the top of the priority list.

Other states also vied for the $90 million grant from the federal government, but ADOT pitched that I-17 is really the only logical way to get to places like Flagstaff, Sedona or Prescott.

The grant from the federal government will allow ADOT to create reversible flex lanes. A flex lane has the ability to run north or south depending on which side needs it more.

When traffic inevitably backs up, trapping cars for hours, the lane also allows drivers to turn around completely.

These are diagrams of the reversible flex lanes provided by ADOT:

ADOT says it will be able to move forward by 2021 with the construction and have it completed by 2023.