Here are six things to know about the FBI's investigation of APS and a former top regulator. 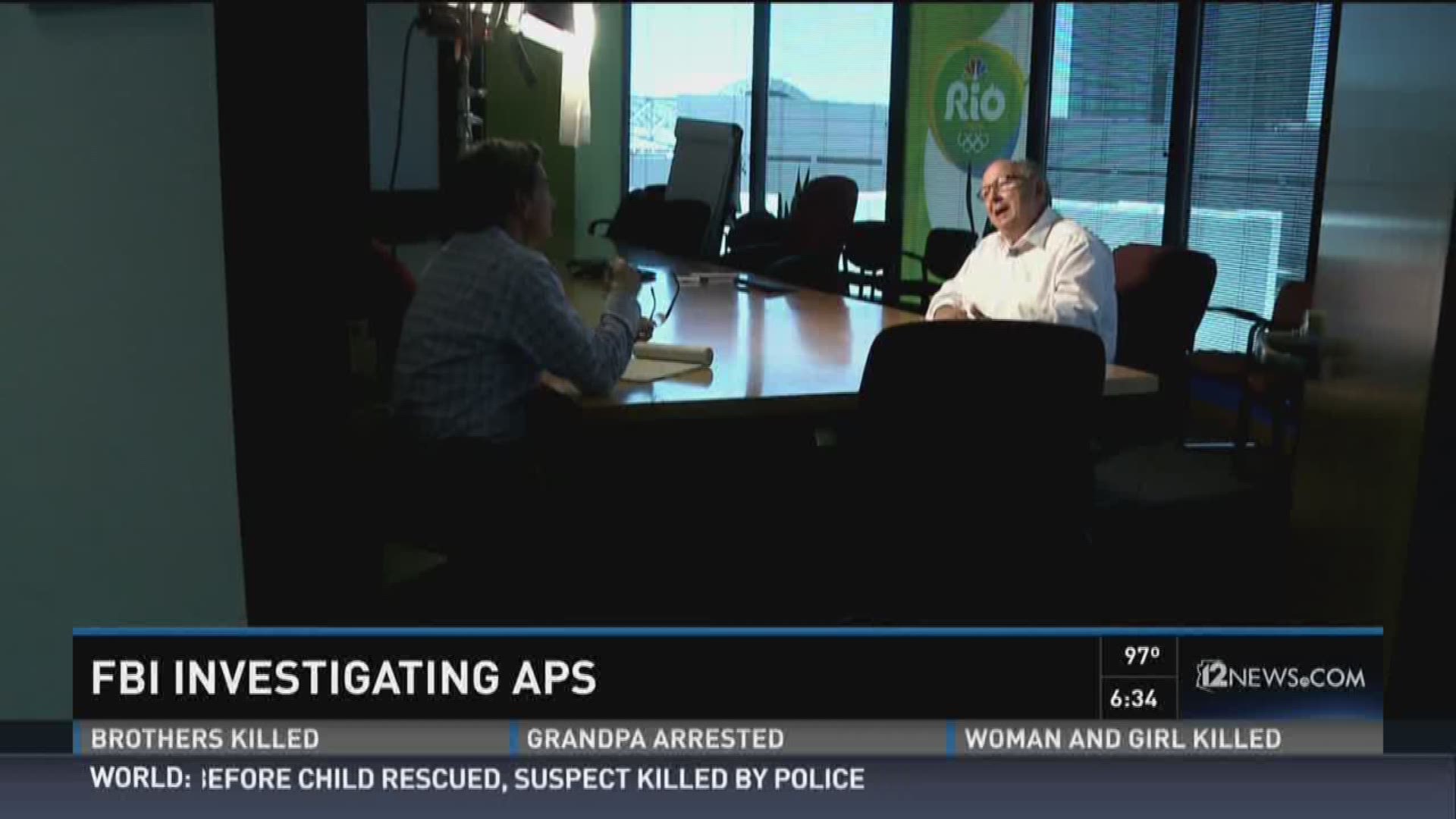 He was talking about Arizona Public Service's unprecedented -- and mostly undisclosed -- millions of dollars in spending over the last three years to influence the regulators who decide how much you'll pay the monopoly for power.

"We would have stayed so far away from elections especially around regulators," said Quinn, who had the the Arizona Corporation Commission looking over his shoulder when he was president of the telecom Qwest. "There was just no way we'd even consider that."

Now APS and the former Corporation Commission Chairman Gary Pierce find themselves in a very bad place: The FBI is investigating their roles in 2014 election spending.

A spokesman for the FBI's Phoenix office told 12 News, "The FBI is currently conducting a long-term investigation related to the financing of certain statewide races in the 2014 election cycle."

Here are six things to know about the investigation:

Getting cozy: A 12 News exclusive report last year, based on a whistleblower's letter, showed Pierce getting cozy with APS. He had more than a dozen secret meetings with APS' top executive, Don Brandt, and Brandt's predecessor.

All this as APS was dumping millions of dollars in anonymous donations -- so-called dark money -- into Corporation Commission races and issues.

Investigation targets: Details on the FBI investigation are sketchy. One possible focus: An alleged cash-for-votes trade between APS and Pierce, to funnel anonymous donations to Justin Pierce, Gary's son, in his 2014 run for secretary of state.

Then there was APS' undisclosed spending in the 2014 Corporation Commission race, when an unheard-of $2.2 million in dark money took out two candidates who supported solar power.

Pierce a player: The whistleblower's letter showed Gary Pierce was unusually active playing politics while at the commission. That comes as no surprise: He's employed by Mesa-based Americopy, which runs Republican campaigns for the commission with the Clean Elections money the candidates get. Pierce's tenure on the commission ended in December 2014.

The reaction: Gary Pierce wasn't home when I went to his house Monday seeking comment. Pierce has said he will cooperate with the investigation. A spokesman for APS said the same thing.

The FBI has subpoenead documents from the Corporation Commission, a spokeswoman for the regulatory body told me. Insiders tell me emails are among those documents.

The Arizona attorney general's office, which received a copy of the whistleblower's letter 16 months ago, in February 2015, said its investigation was ongoing. There might be other targets of FBI investigators.

Nuclear-powered stock: APS' parent, Phoenix-based Pinnacle West, is a publicly-held company. PinWest's stock closed at an all-time high late Friday as news of the investigation was being reported. (The company has not formally disclosed the news to investors.)

Why 2016 election matters: APS is seeking an 8 percent rate increase -- about $166 million in new revenue -- on residential customers in Corporation Commission hearings that will occur over the next year. That makes the stakes even higher for APS in the November elections. Three seats on the commission are up for grabs. Those new commissioners will vote on the rate increase. APS was expected to be a big dark money player before the investigation.