“This was the scream that sends the chill down your spine," said Jared Ray when describing the sound of the bobcat attacking his 4-year-old daughter. 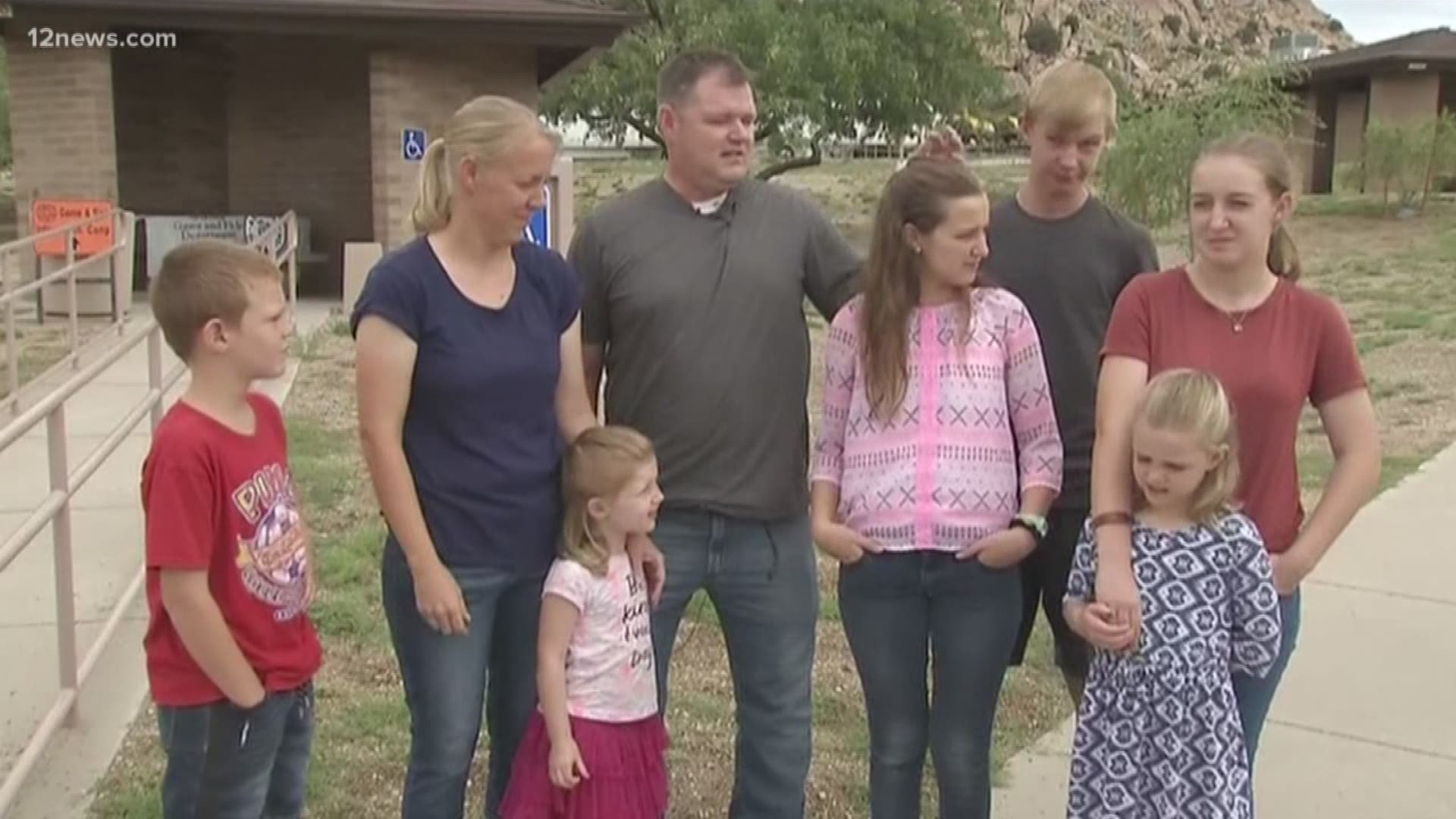 SAFFORD, Ariz. — For the first time, the family attacked by an aggressive bobcat in southeast Arizona is speaking out. The bobcat sent five family members to the hospital, including a 4-year-old girl.

“This was the scream that sends the chill down your spine," said Jared Ray.

It's a sound Jared Ray will never forget. It was the sound of his 4-year-old daughter, Dannika, getting attacked by a bobcat.

“They ran and found the bobcat on top of Dannika," said Jared.

The family was camping in Safford last month, about four hours southeast of Phoenix, when the attack happened. Heather Ray was willing to do whatever it took to save her daughter.

“Heather removed the bobcat. She picked it up by the back of the neck and threw it, thinking that the bobcat would be done," said Jared.

But it wasn't. The bobcat went on to attack four other family members.

“I couldn’t believe it kept returning and attacking somebody else, and so at that point, I assumed it had to be rabid," said Jared.

Finally, one family member was able to throw the bobcat into a creek, which gave them time to take shelter in a truck. Then, all five victims were treated at the hospital.

The aggressive bobcat is still at large. The Arizona Game and Fish Department is actively searching for it and says it needs to be put down. In the meantime, they are advising campers to avoid the Shannon and Snow Flat campgrounds in the Mt. Graham area.

“We don’t like to think about if the bobcat had had more time before we could get there, so keeping everybody close, always make sure your kids stay close," said Jared and Heather.

A GoFundMe page has been set up to help the Ray Family with their hefty medical bills.