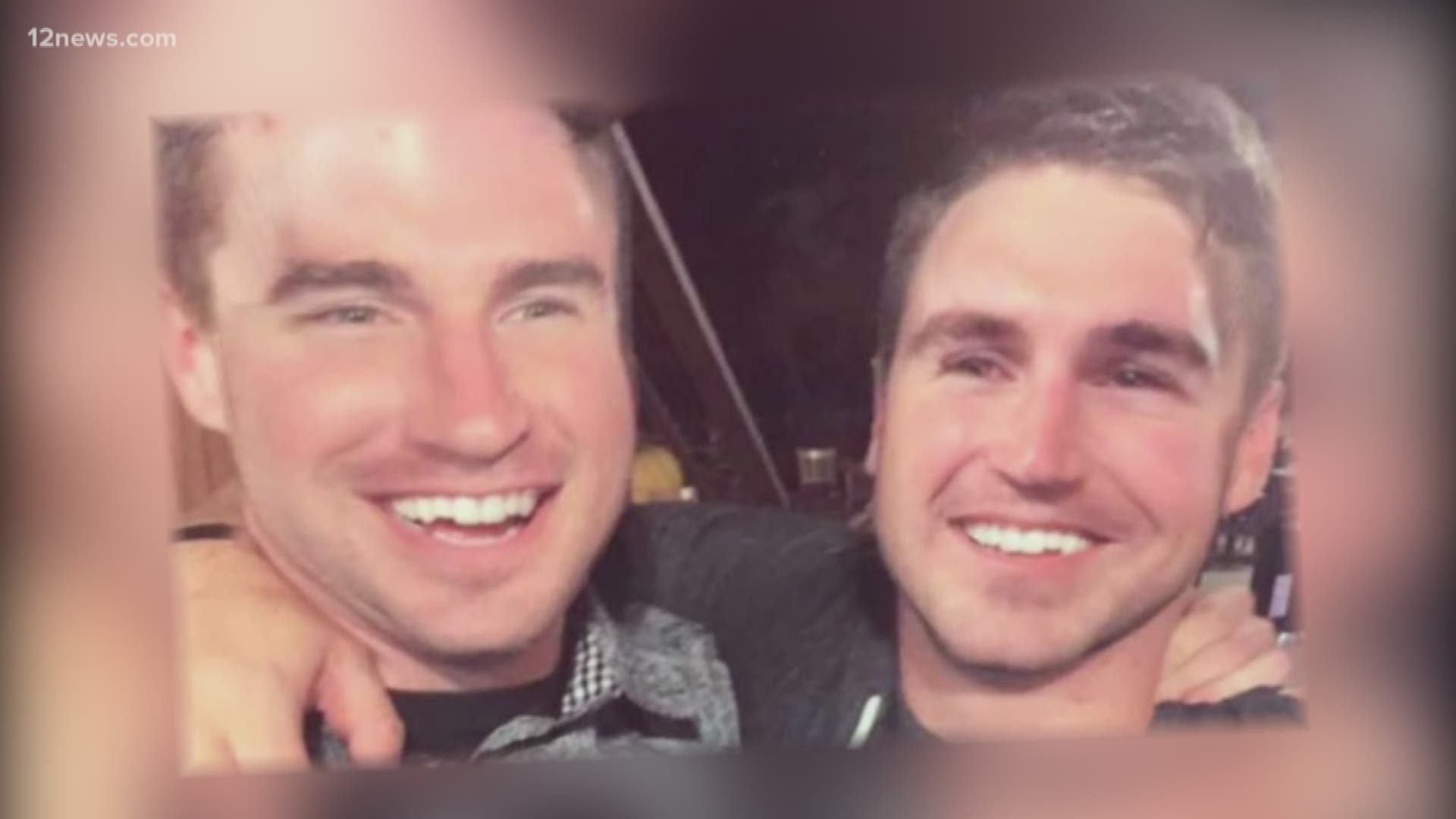 PHOENIX — For the second time in less than two years, Staff Sergeant Kyle Selinsky is watching his brother's casket come off a plane at Sky Harbor International Airport. His brothers Travis and Brandon shared a special bond in life as twins, but the bond they share in death is too confusing for their family to understand.

"I have no idea. I wish I had the answers," Selinsky said.

"I've been there, but don't know what to expect until I step out onto that tarmac and see him coming off that plane. It's going to be hard," Kyle said.

Brandon Selinsky grew up with his family in Prescott Valley, Arizona and was deployed to Afghanistan during his service in the army. Selinsky gave up much of his youth to serve our nation overseas, and not because anybody told him to.

"My dad served, we had three uncles who served, grandparents and great grandparents served. It was never impressed on us to go join, it was just something we did," Kyle said

There are no words any rational person can use to describe the hurt this family must be feeling as they drive down the tarmac once again. It's a hurt too many military families are feeling as the VA says the risk of suicide is 22 percent higher among veterans compared to their civilian counterparts. The statistics and the Selinskys show this is something our country must work on.

The VA has a crisis help line for anybody who might need to talk. Call 800-273-8255 and press one to speak with a counselor. There is also another option to chat online by visiting this website.

Services for Staff Sgt. Brandon Selinsky are Friday Sept. 7, at 11 a.m. The service will be held at Civana Carefree in Carefree, AZ.