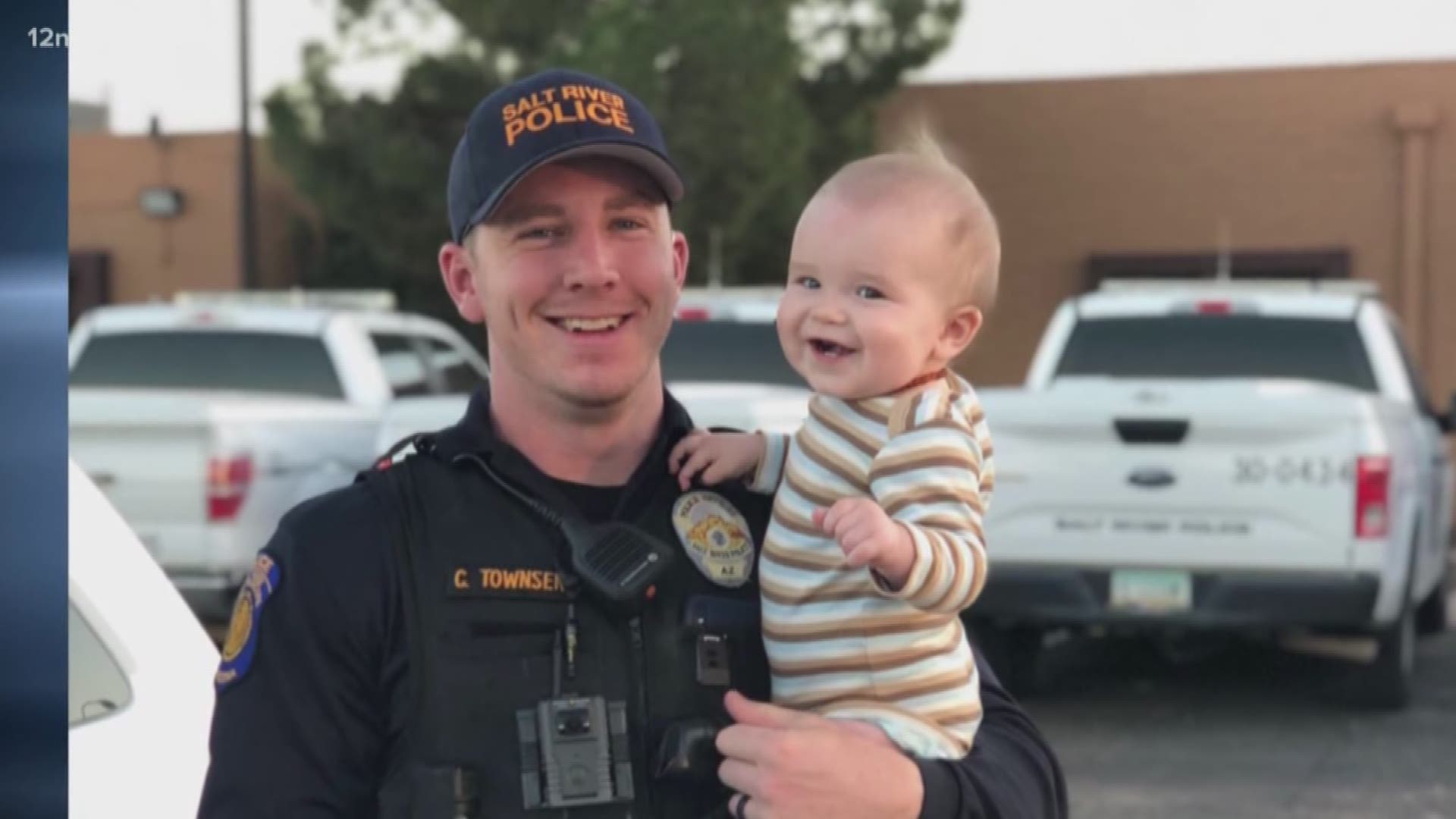 Two weeks after Salt River Police Officer Clayton Townsend was killed in the line of duty, his widow is joining the fight to pass a statewide law that would prohibit texting and driving.

Deanna Townsend stood next to a bipartisan group of state legislators who announced Senate Bill 1165.

“It’s a hands-free bill, your hands, both hands, 10 o’clock, two o’clock have to be on the wheel, looking ahead, and if you are using your mobile device, it cannot be in your hand,” State Senator Kate Brophy McGee said.

Since Townsend’s death just over two weeks ago, calls for statewide cell phone driving laws have gained momentum and the fallen officer’s family is joining the push at the capitol.

“This is a change we have to make It’s social standard that everybody seems to think is okay and it’s not,” Deanna Townsend's father, Peter Johnson, said.  “This is the time. Enough is enough."

SB 1165 is called the “hands-free” bill and was filed today. It’s one of four distracted driving bills making their way through the state legislature. Gov. Doug Ducey has indicated he’s in favor of some sort of distracted driving law.