The Park Fire is burning near the town of Bagdad, and 150 homes initially had to be evacuated. 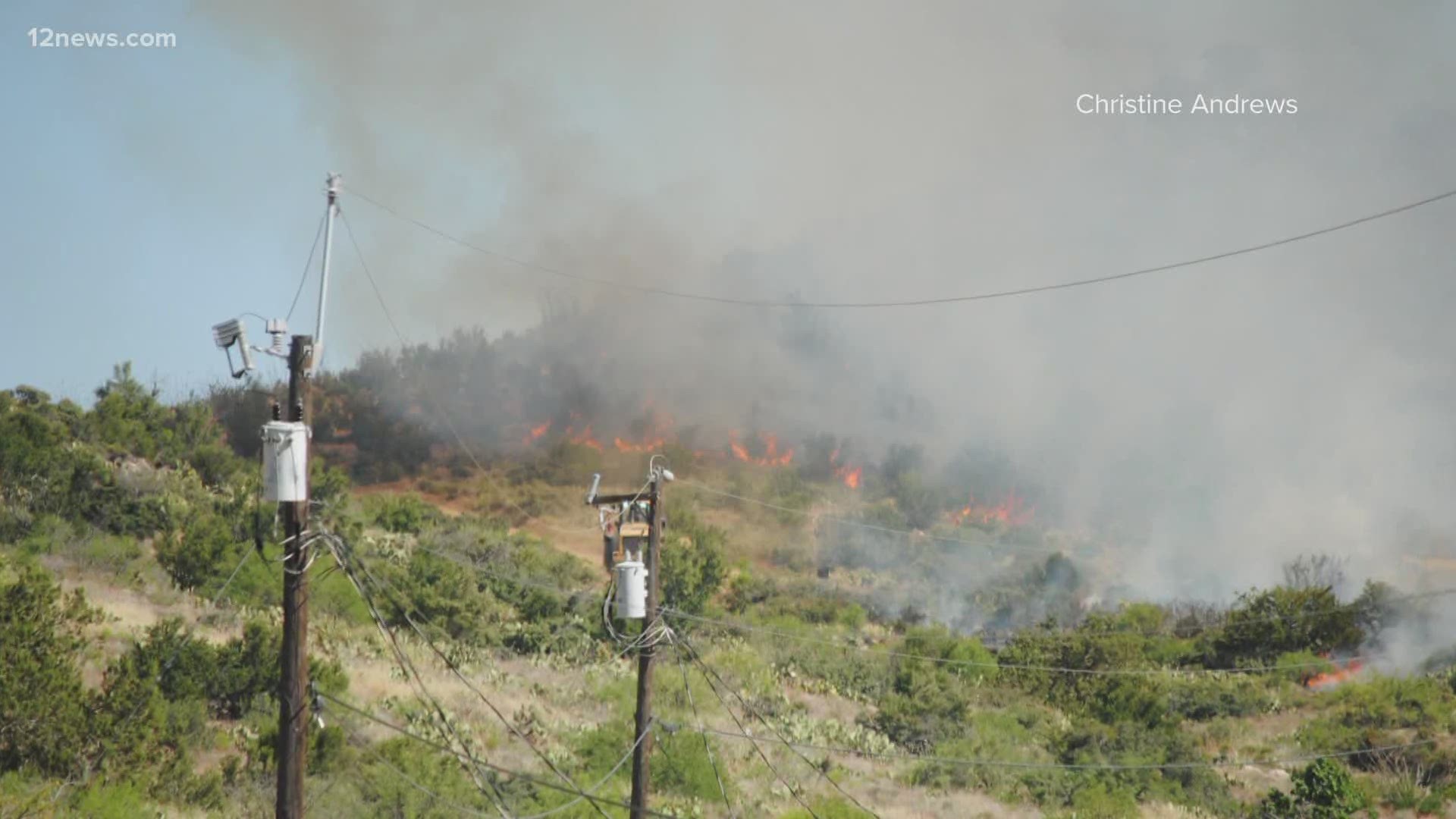 The Park Fire is burning near the town of Bagdad, and the Arizona Department of Forestry and Fire Management says 150 homes had to be evacuated, but residents were allowed to return around 7:30 p.m.

The department says the fire started around 2:46 p.m., and 60 acres of land have burned so far. They have called for additional firefighting resources.

The fire was contained by Thursday night.

It has been determined to be human-caused.

Deputies say the fire is burning in the area of Lindahl, Navaho and east Park Drives.

This is a breaking news story. Check back for updates.

RELATED: Crews stop forward progress of Purcell Fire near Carefree Highway and I-17

RELATED: Here are some ways to help prevent wildfires in Arizona