Did anybody accidentally recycle their python?

A 6-foot pet snake somehow wound up on a conveyor belt at a recycling facility. 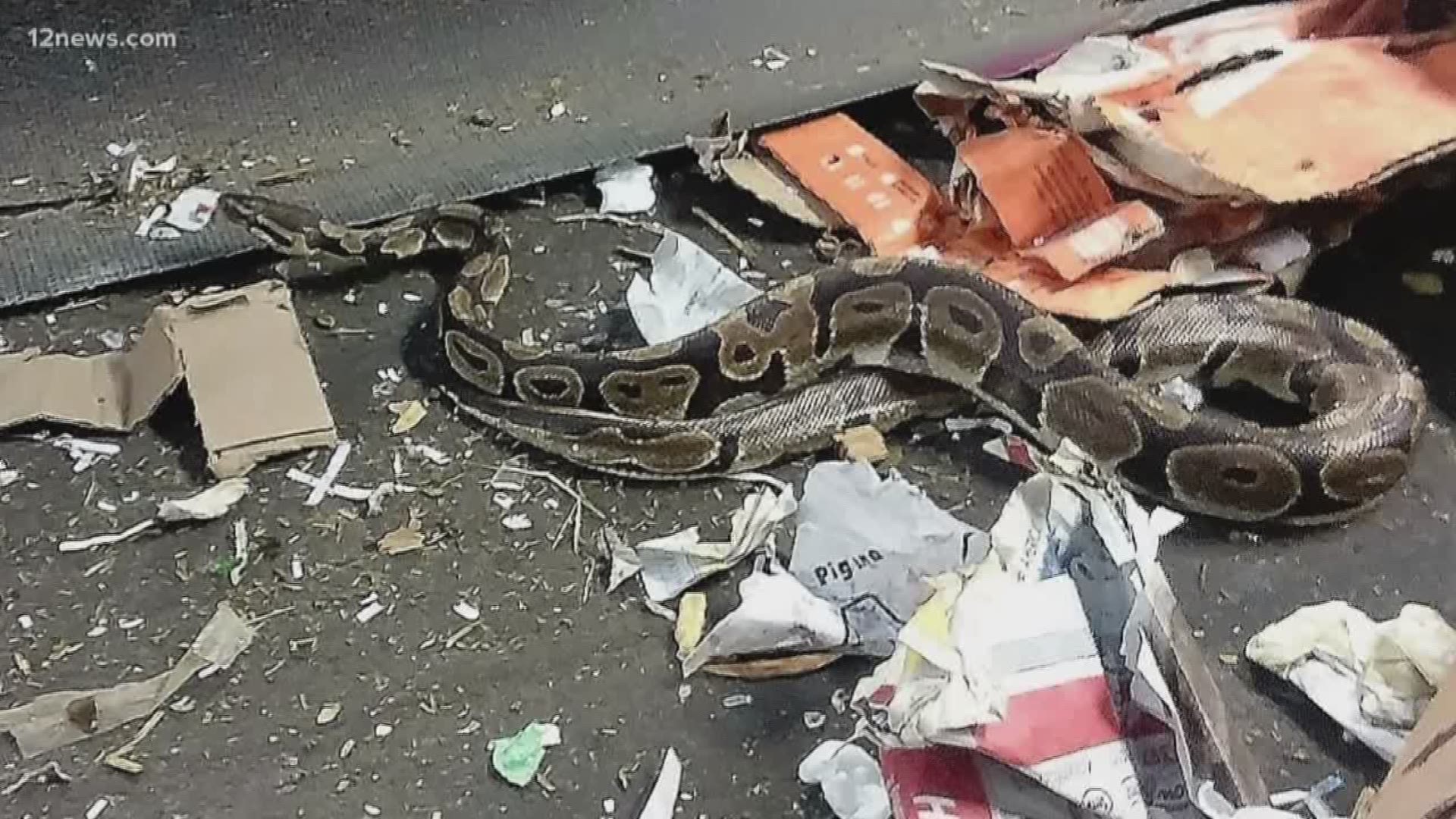 SURPRISE, Ariz. - Working the belts at the Waste Management facility in Surprise can be a tedious gig sometimes. Some of the employees work 10-hour shifts sorting through tons of aluminum, cardboard, plastic and glass, but sometimes they other things too.

"Something you don't see everyday," said district manager Al Gallagher, who was in his office when the call went out over the radio.

A 6-foot python was one of the items passing by quickly on the belt—but not quick enough to evade one of the bravest recyclers in Arizona.

"He's a pretty big guy. He just went on the other side of the belt, picked him up and put him in a box," Gallagher said.

The snake was very passive by the time it reached the end of his tour in the facility.

"It had to get tumbled around quite a bit and jostled. Picked up by the loader and drum feeder, it went for a ride," Gallagher said.

If anybody is missing their 6-foot pet python, it's at animal control.