Developer proposes housing for Sedona workforce in nearby Rimrock

Residents are concerned that the rural community of Rimrock cannot handle a population surge that would come if a developer builds the complex. 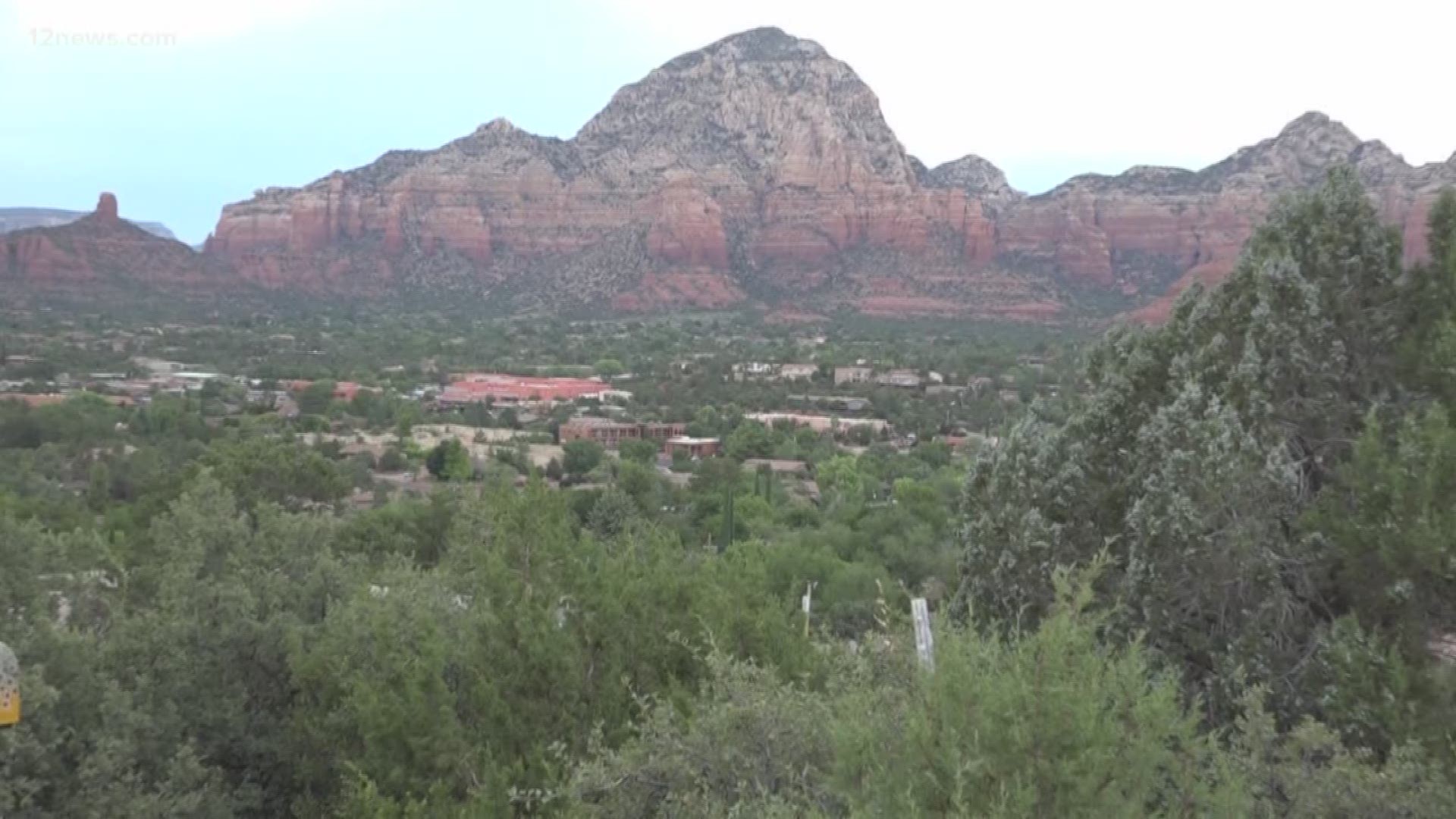 PHOENIX — As the City of Sedona faces a house rental crisis, a solution may be found in a small community about 20 miles south.

Developer Cavanaugh Construction, a builder of custom homes in Sedona, proposes to construct a complex of more than 300 townhomes and apartments just east of Interstate 17 in the community of Rimrock.

The Primrose Peaks Estates proposal is in the “citizen participation” stage, said a representative of the Yavapai County’s Development Services.

A community meeting is scheduled in Rimrock on Saturday where stakeholders will answer questions.

“At this point it’s too early to say whether it’s a feasible project at the end of the day,” said Dave Williams, Yavapai County Director of Development Services.

Many Rimrock homeowners are expected to voice their opposition. They organized a Facebook group and website dedicated to opposition of the project.

Many say their rural community of 4,000 to 5,000 people, which relies on water wells and does not have a sewer system, cannot handle a population surge of potentially a thousand more people.

“We don’t have the facilities to support that large of a community,” said Dennice Guest, a Rimrock retiree.

The proposal is pitting the small unincorporated community against the bustling tourist city to the north.

“They (Sedona) created this problem and now they are trying to have other communities pick up the pieces,” Guest said.

Gov. Doug Ducey signed a home-sharing law in 2017 that forced cities to allow companies like Airbnb to have a presence in their neighborhoods.

Seeing the opportunity to make more money, many Sedona landlords forced out long-term renters and opted to turn their properties into vacation rentals for the Airbnb market.

“We are paying a price because of what Sedona did to their housing situation,” said Rimrock resident Joe Colwell, a retired mail carrier.

Colwell said Rimrock and adjacent Lake Montezuma shouldn’t have to accommodate Sedona’s workforce. They worry about how a population surge would impact roads, law enforcement, and the school system.

What worries Guest and Colwell most is the availability of fresh water.

“We have reports that show our groundwater is already being depleted. Our existing residents already have to drill deeper wells,” Colwell said.

Compared to many other regions of Arizona, Rimrock does not require developers to obtain a 100-year water supply certificate in order to drill new wells. The Arizona Department of Water Resources (ADWR) regulates five “active management areas” in the state that cover 80% of the population. Developers building in those areas must obtain the certificate from the ADWR before construction.

But Rimrock does not sit in an active management area.

However, the county and the Arizona Department of Environmental Quality will have a role in approving any water proposal, Williams said.

An engineer for Cavanaugh Construction tells 12 News they propose to tap into a deep aquifer not currently used by Rimrock residents. The water is also not connected to nearby Beaver Creek, he said.

“We believe we’ll be able to go down into a deeper aquifer, a couple hundred feet deep,” said civil engineer Larry Cepek. “We should be able to get a good source that won’t bother anybody else. But we can’t do anything unless we get permission from the county.”

At 3 p.m. Saturday, representatives of Yavapai County and Cavanaugh Construction will be available to answer questions at a meeting taking place at the Beaver Creek School Multipurpose Room.

Cepek said the purpose of the meeting is to address questions and concerns by neighbors. He will then prepare a report for the county. The county will then hold hearings about the proposal. It would likely take several months before a possible vote by the Yavapai Board of Supervisors, Williams said.

The owner of Cavanaugh Construction said he is balancing the needs of Sedona and Rimrock.