Crown King residents are being told to evacuate as the Horse Fire spread to 8,950 acres Sunday morning. A shelter has been set up at Mayer High School. 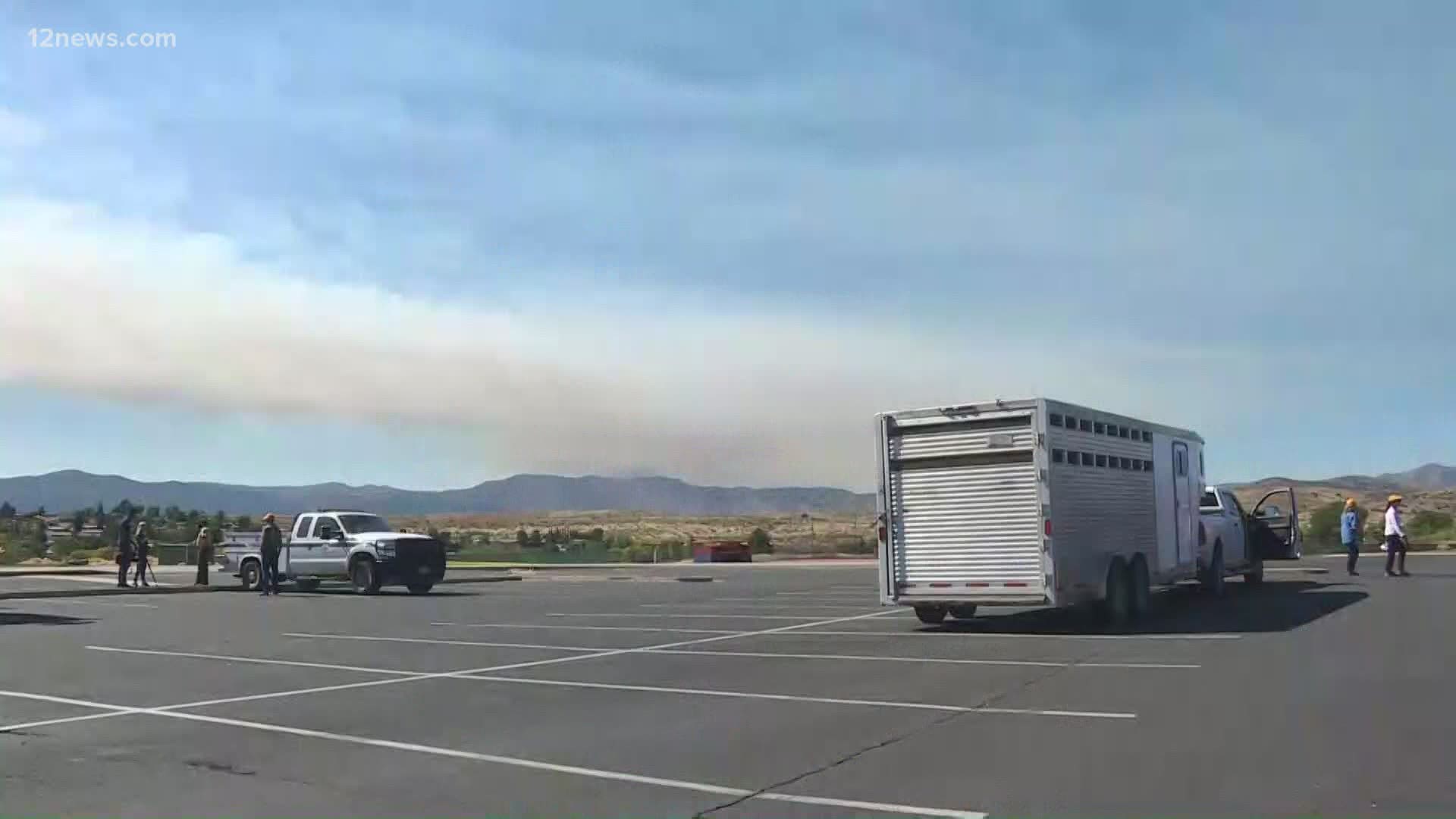 CROWN KING, Ariz. — Residents in Crown King, Minnehaha, Horsethief Cabins, and any private in-holdings around the fire area were told to evacuate their homes on Friday morning as the Horse Fire continued to spread.

The fire has burned an estimated 8,950 acres with zero containment on Sunday morning.

A wildfire in October is unusual for Arizona, as fire season is usually over by now. But fire officials said this fire season could stretch well into winter because of an almost non-existent monsoon season and unusually warm temperatures and low humidity.

"The timber the brush and the crash are all available to burn," Carlson said.

Residents were told on Thursday to prepare for possible evacuation.

Minnehaha, Horsethief Cabins and any other private inholdings in and around the fire area have also been ordered to evacuate.

There is an estimated 300 structures threatened and about 100 have full-time residents.

Residents have been told to evacuate but the Yavapai County Sheriff's Office said a handful have refused to leave, instead deciding to ride the fire out from their homes.

“egress is tough out of there," Sheriff's office spokesman Dwight D'Evelyn said. "They know that, but right now I think there’s 8 or 9 that have refused.”

An evacuation center has been set up at Mayer High School, but because of COVID-19, evacuees are not staying there as a shelter. The Red Cross is finding any evacuees hotel rooms.

ON YOUTUBE: Officials give update on Horse Fire on Oct. 16

The fire is burning on the north side of Horse Mountain, which is approximately seven miles northwest of Crown King and 18 miles south of Prescott.

It is burning through Juniper, Chaparral and Timber in a remote section of the forest with steep, rugged terrain.

Crews will continue to use aircraft to slow the spread.

All roads leading into Crown King have been closed: Goodwin, Senator Highway at Palace Station, and County Road 59 from Cleator.

People are asked to avoid the area.

The trails and roads in and around the fire area have been closed.

This is a developing story. Stay with 12 News as we will continue to update this story.

A mandatory evacuation has been issued for resident’s located in Crown King. There is a significant danger to you, gather necessary items and go. Shelter had been set up at Mayer High School in Spring Valley. For assistance please call 928 771 3260 or 911.