Jody Makuch was riding his motorcycle off-duty through Cottonwood when a driver drifted left of center and struck him head-on. 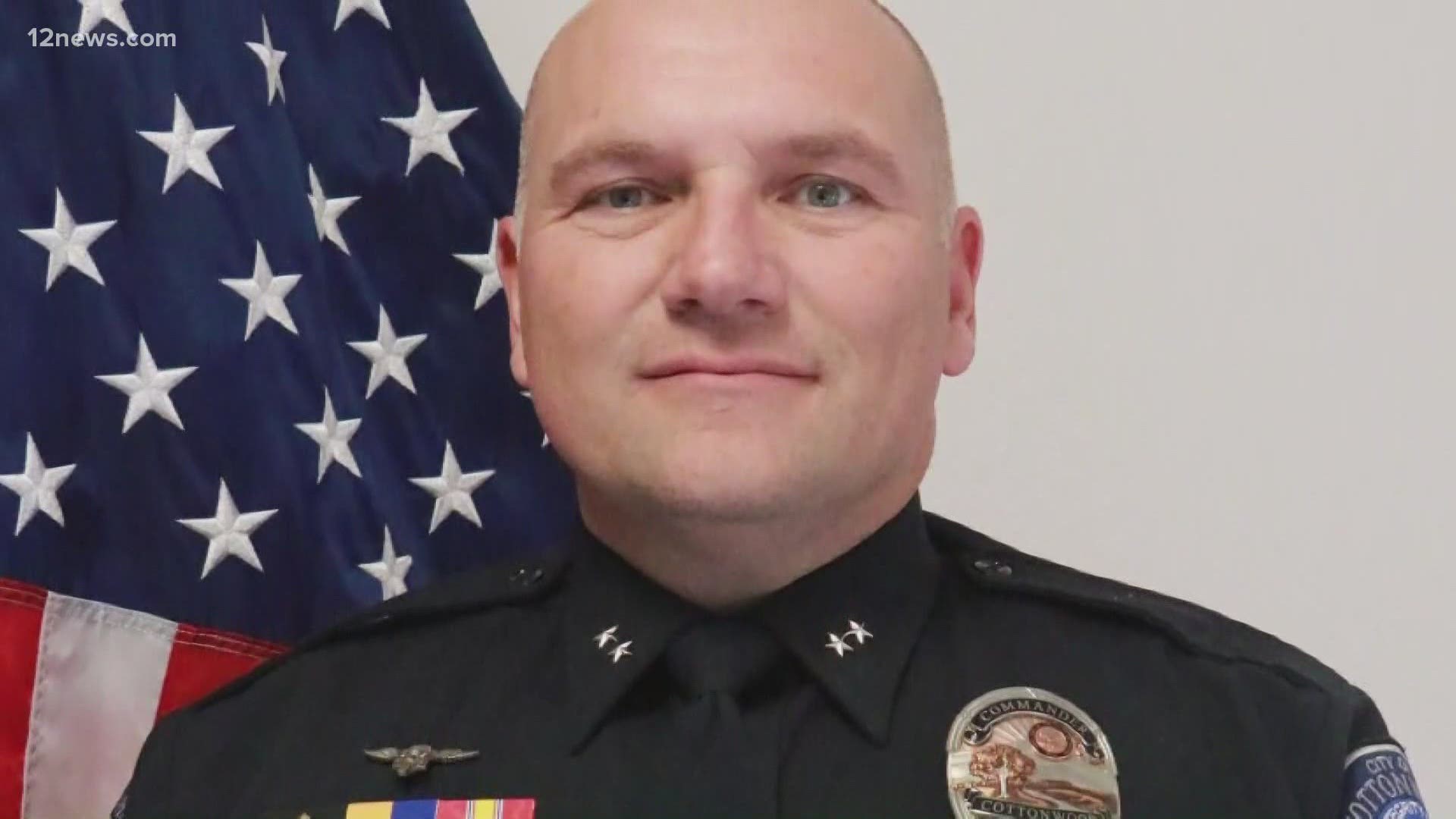 PHOENIX — An officer from a police department in northern Arizona was killed in an off-duty accident on Monday.

Commander Jody Makuch of the Cottonwood Police Department was identified as the officer, the Arizona Department of Public Safety said Tuesday.

According to the department, Makuch was driving on State Route 89A at Willard Street in Cottonwood when he was hit head-on in a car accident.

Officials said Jason Howard Engel was driving southbound when he allegedly blew a red light, swerved to avoid a vehicle and struck Makuch head-on while the commander was on his motorcycle.

Makuch was off-duty at the time of the accident. The accident took place around 2:30 p.m. Monday. He was pronounced dead at a local hospital.

The Arizona Department of Public Safety is investigating. Engel was booked into the Yavapai County Jail on a manslaughter charge, but additional charges are pending.

Makuch began his law enforcement career in 1998 as a police officer with the Elk City Police Department in Oklahoma.

He had been with Cottonwood PD since 2000. He was promoted to commander in 2009. He worked in different areas of the department including outreach. This included working in victims assistance, the Citizen Police Academy, COP volunteers program and communications center.

The Northern Arizona University Police Department said in a Facebook post that Makuch frequently worked overtime events on campus and was a member of the team that hosts the Arizona Leadership Education And Development program for high school youth.

"Please keep the Makuch family and the Cottonwood Police Department in your thoughts and prayers as they navigate this very difficult time," the department wrote.

Makuch is described as a devoted husband to his wife Joanna and father to his two daughters, Ashleigh and Gabrielle, and his sons Hudson and Spencer.

"Jody spent all of his time with his family; who he loved greatly, and was an avid motorcycle and dirt bike enthusiast," a spokesperson with Cottonwood PD said.

"He will be deeply missed by the Cottonwood Police Department and the community he served."

Law enforcement agencies and fire departments escorted Commander Makuch to the Yavapia Medical's Examiner's Office where they will wait until he is transported to the funeral home.

“Jody Makuch represented the best in humanity. He was first and foremost a loving and dedicated husband and father. His family was everything to him. He was a veteran, selfless public servant, mentor, and friend. He will be greatly missed. We ask that the public keep his family in their thoughts and prayers during this tragic and difficult time and respect their privacy," said Cottonwood Police Chief Steve Gesell.

Cottonwood City Manager Ron Corbin was one of several dozen to gather for the procession.

"They put their lives on the line everyday to stop these things from happening," Corbin said.  "That’s where the real loss is.  Those young men not having their dad around anymore all because of a senseless accident. It breaks my heart."

NAU Police
It is with great sadness that we share the news of the passing of a ... dear friend to NAUPD, Commander Jody Makuch of the Cottonwood Police Department. Jody was off-duty riding his motorcycle through Cottonwood when a vehicle drifted left of center and struck Jody head on.