Testimony revealed details of filthy and unstable living conditions inside a Utah home shared by Sammantha Allen and her cousin Ame Deal. 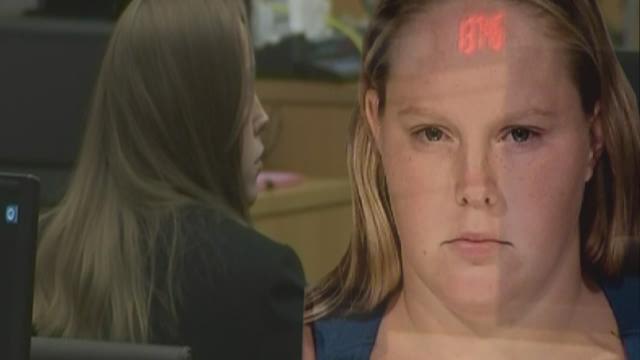 PHOENIX - Day two of the penalty phase of 28-year-old Sammantha Allen's trial included intimate details of her past in Utah where she married her first husband and suffered a devastating miscarriage.

Allen may be facing the death penalty if a jury decides that punishment suits the crime.

Two weeks ago, the same jury found her guilty of first-degree murder in the death of her 10-year-old cousin Ame Deal, who died after being locked inside a plastic box that was left outside in the Arizona summer. Allen's husband was also charged in the murder and will go to trial in August.

The defense called to the stand Joe Evans, who said he met Allen and her mother in 2006 when they came through a McDonald's drive-thru in Utah, where he worked at the time. Shortly after, he began dating Allen and saw first-hand the family's living conditions.

He described hearing the family talk about the children having lice and observed a very crowded home with several adults and children, including Ame Deal. The couple would occasionally babysit Ame and her siblings.

"Who was the best behaved out of all those children?" asked Deputy Maricopa County Attorney Jeannette Gallagher.

"And describe Ame for me?" Gallagher asked.

"She was quiet, but still happy and she never really caused any problems or anything like that," Evans answered.

After a few months of dating, Evans said he married Allen in April 2007, but their relationship was short-lived after Allen grew frustrated her husband did not want to move in with her family. The couple also suffered a miscarriage that Evans said deeply affected Allen.

The defense also questioned the family dynamics, which Evans said were controlled by Allen's mother, Cynthia Stoltzman, and her grandmother, Judith Deal. Both women are behind bars after being found guilty of child abuse charges connected to Ame.

"Were there ways this Stoltzmann-Deal family struck you as a cult?" asked John Curry, Allen's defense attorney.

"Yes. If you didn't fit in with them, you were just cast aside," Evans said.

An employee with Utah's child protective services was also called to testify and detailed three instances where their investigators looked into the family. Employees looked into allegations of lice, use of a belt for discipline and a mysterious bump on Ame's head.

Testimony from Allen's mother wrapped up the day as she recounted her own childhood where she described a broken home and eventually moving from place to place with her mother, who entered into multiple failed marriages.

Court will resume on Wednesday morning with Stoltzmann back on the witness stand.