Triops, which are tiny prehistoric creatures, were summoned by monsoon rain storms after being in eggs underground for decades in northern Arizona. 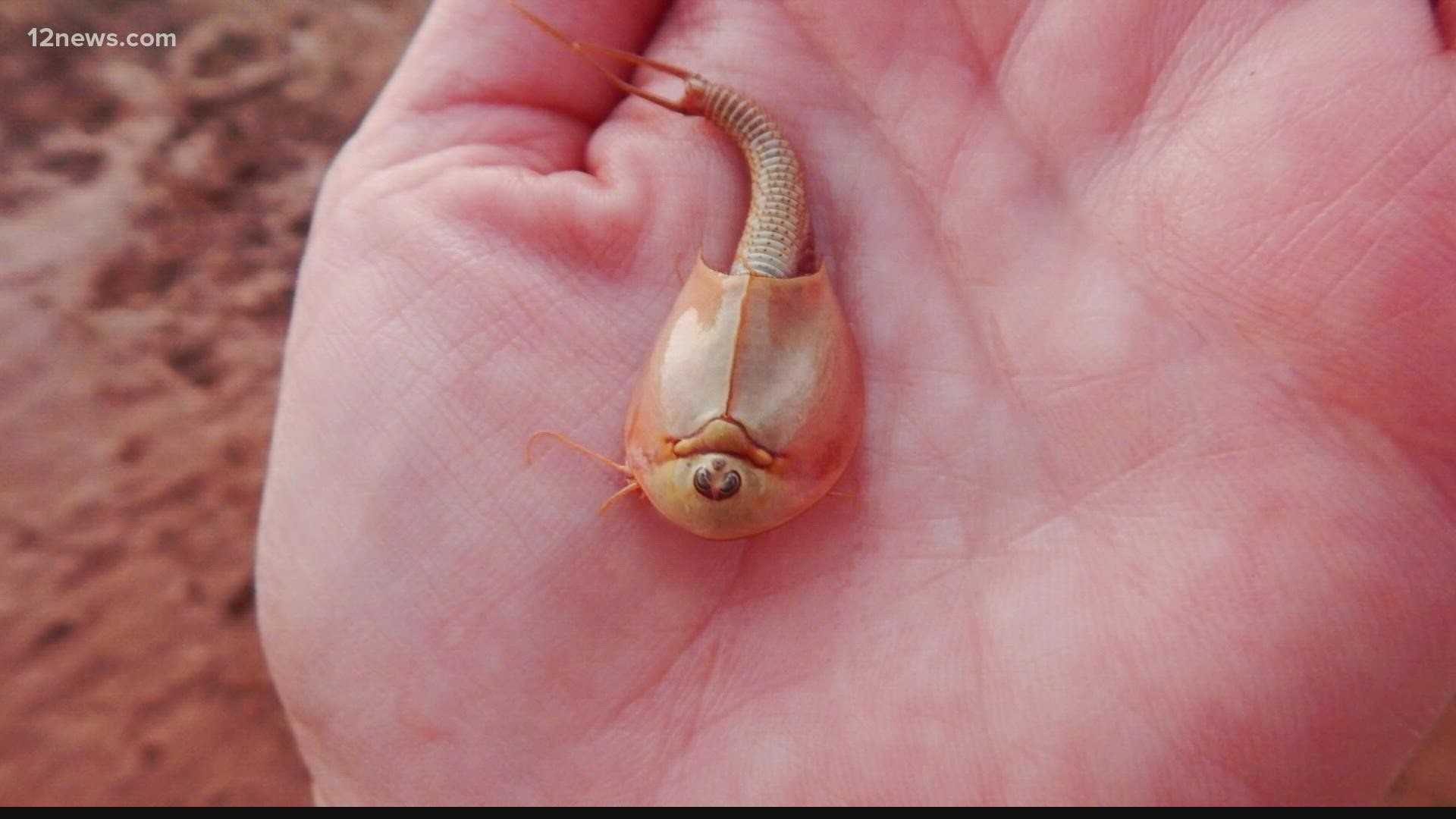 FLAGSTAFF, Ariz. — What does it mean when a pond and what seems like fish suddenly appear out of Arizona's dry air?

It means there are probably some prehistoric creatures on hand.

“We had a couple visitors that were like, hey you guys have fish in the ball court,” said Wupatki National Monument ranger Cathy Cooksey. “And we’re like, what?”

Because the ball court, an ancient Native American circle below the stone pueblo in the high desert, never has water in it.

No water and no fish.

The water had come from a massive monsoon rainstorm that hit Wupatki, which is about an hour north of Flagstaff, over the summer. It was a couple inches deep and disappearing quickly.

What those visitors thought were fish were actually triops - tiny prehistoric creatures that look like horseshoe crabs with tails. They popped out seemingly out of nowhere.

“If the pond lasts long enough, they can live up to 90 days,” Cooksey said

Triops eggs can stay in the dry ground for decades or more, waiting for the next rainy day. When there’s enough water, the eggs hatch and the triops appear. If the water lasts long enough, they’ll grow and lay more eggs, which will stay dormant until the next big rainstorm.

The pond didn’t last 90 days this year. It dried up after about a week. It might have been long enough for the trips to lay more eggs, but there’s no way to tell.

“Just another example of long evolution figuring out how to survive the longest way they can,” Cooksey said. “They’re known as ancient fossils because they haven’t changed at all.”

A hundred miles away, the ancestors of the triops may have crawled across a piece of sandstone that museum curator Matthew Smith is holding.

“We don’t know,” Smith said. “But it could have been something like a triops.”

Smith is the curator at the Petrified Forest National Park near Holbrook. Thee sandstone in his hand shows tiny tracks scuttling from left to right, made millions of years ago and left for archaeologists to find.

The Petrified Forest is known for petrified wood, of course, but there are more interesting things hidden under the dirt.

Credit: 12 News
Hundreds of fossils have been found and kept at the Petrified Forest national Park near Holbrook.

Archaeologists have unearthed hundreds of kinds of dinosaurs. So many, Smith isn’t even sure how many there are out there. From a prehistoric crocodile-looking ancestor to tiny dinosaurs no bigger than a palm. The bones are everywhere. Sometimes they don’t even know what creature a bone goes to.

Recently archaeologists found a single bone that dates to around 223 million years ago. That would make it the oldest known dinosaur fossil in North America.

And it’s possible that the triops, or something very much like it, was around to see those dinosaurs.

Cooksey searched the broken ground for triops skeletons. They’re small and shiny, dotting the ground all through the ball court at Wupatki.

Seeing them at all is pretty rare. Cooksey’s mother worked out here as well and never saw them.

Cooksey may never have gotten the chance at all.

“I could have been here for 20, 30 years and not have seen these guys at all,” Cooksey said.

And it may take decades before anyone sees them again.

Where can you find fossils in Arizona?

12 News has listed all of the national parks in Arizona that have fossils stored or for viewing. Data is provided by the National Park Service. 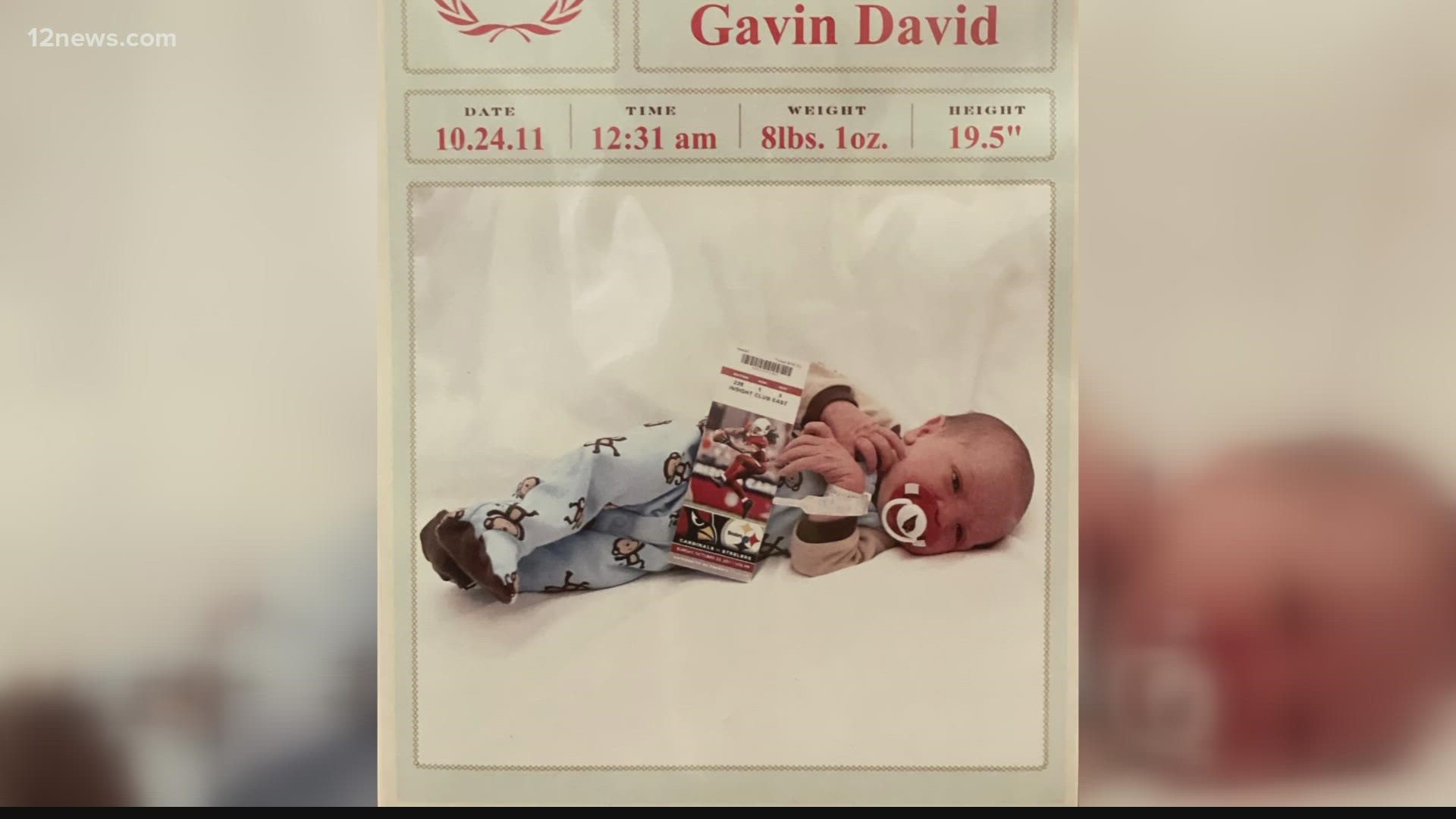