Tucson is leading the nation in reclaimed water use

Arizona’s second-largest city is a model for what other cities and towns around the world should be doing to secure their water future. 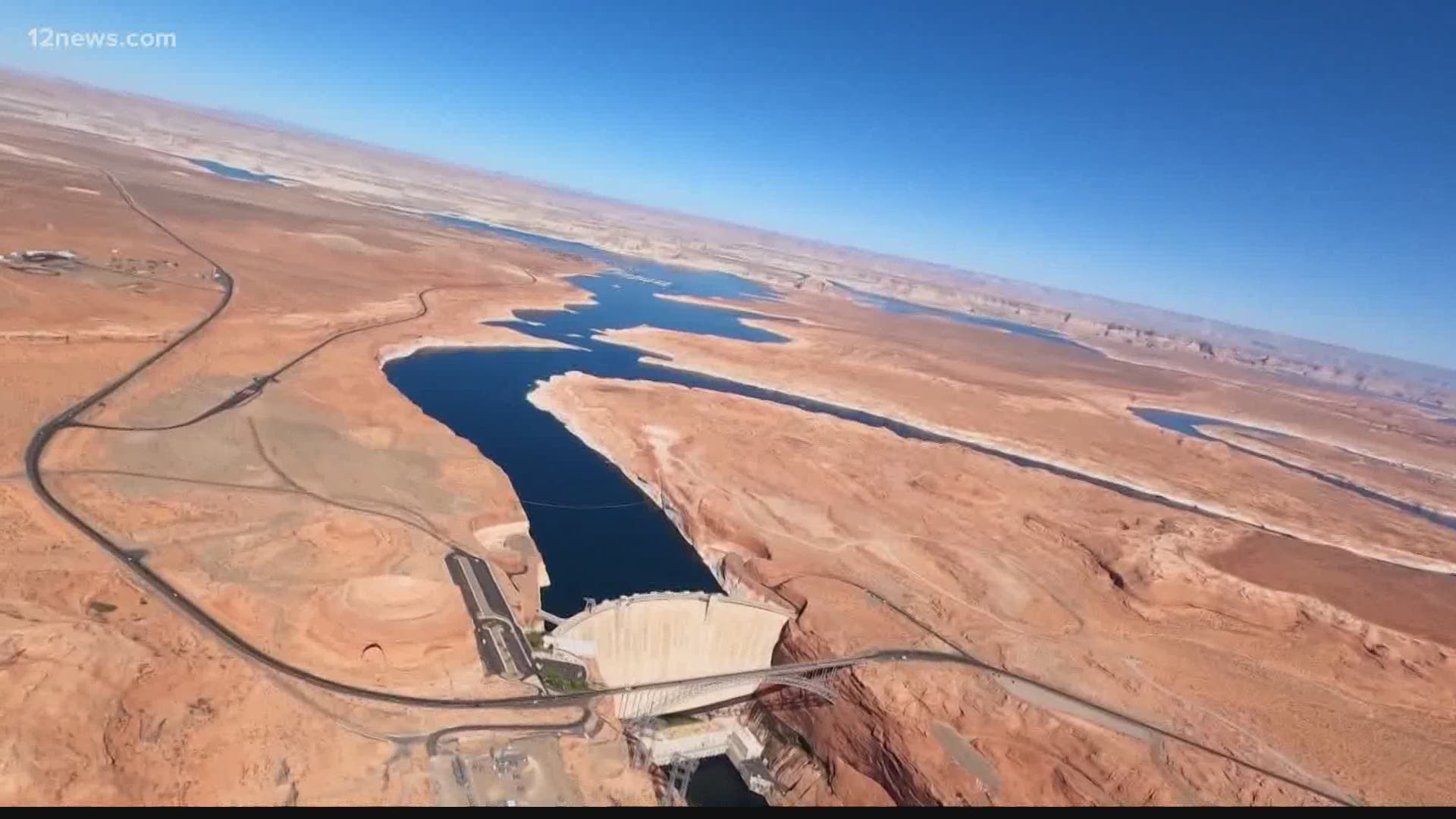 TUCSON, Ariz. — In a state that is as drought-prone as Arizona, taking advantage of every drop of water is essential. The City of Tucson’s reclaimed water program is doing just that. The program has become a model for other cities across the U.S. and around the world that have limited water resources.

What is reclaimed water?

“Reclaimed water is water that has been used by people and has gone through water treatment, like in a sewage treatment plant, and is then either further treated or was treated enough that it can be used again,” said James MacAdam, the Superintendent for Public Information and Conservation at Tucson Water.

The use of reclaimed water, especially in the desert, has to do with the scarcity of water in general. The more times water can be effectively used, according to MacAdam, the better.

“Our water resources are very finite. We get water that we bring in from the Colorado River, we recharge it in the aquifer, but it's not like we have a constantly flowing source of water naturally that just comes through here. And so, the more times we can use it, the better off we are.”

What makes Tucson the nation’s leader in reclaimed water use?

Many people from around the country, and the world, have traveled to Tucson to learn about the city’s reclaimed water program. That's because Tucson has had the program since the early 1980s, making it one of the first communities to use reclaimed water on a large scale.

Also, Tucson Water has one of the largest reclaimed water systems in the country.

“We have about 195 miles of pipe. We have over 1,000 customers. We have 15 boosters, and we can deliver over 30 million gallons a day of reclaimed water to our customers,” MacAdam said.

Additionally, Tucson Water is innovating reclaimed water use by bringing back habitats that were previously lost.

“Sweetwater Wetlands, which was something we created in the 90s, is an area where we take reclaimed water and we recharge it into the ground in the wintertime when there's less demand on the system. And then we pump that water out to add capacity to our system in the summertime when there's high demand,” MacAdam said. “What we did in that area is we created a wetlands environment that we ran the water through to help clean and purify water that was coming out of that plant. That area is now the number one birding destination in urban Tucson, by far, and it supports hundreds of bird species. That's all supported by reclaimed water.”

In 2019, Tucson Water created a program that brought life back to the Santa Cruz River. The program has helped create an environment that is similar to what would have been there thousands of years ago when it was originally settled by Native Americans.

“We began discharging [reclaimed water] into the Santa Cruz River near downtown. It's taken the dry Santa Cruz bed and returned water to the part of that river,” said MacAdam. “Now we have plants returning, small trees, birds, butterflies. There's a river coming back to life because we have enough reclaimed water that we can use it for these kinds of multiple benefit projects.”

The reclaimed water in Tucson is safe. It is even safe enough for people to wade in.

“Our grade of reclaimed water is Grade A, which means that you can touch it. You can even wade in it. So, we have people who go down and wade in the river. And it's completely safe,” said MacAdam.

MacAdam does point out, however, that you should not drink or swim in reclaimed water.

RELATED: The Suitcase: A pandemic-era invention is bringing clean water to the Navajo Nation despite COVID-19

What can other cities and towns learn from Tucson Water’s reclamation program?

Mostly that recycling water is just like recycling that everybody understands.

“It saves energy, it saves water, it saves all kinds of resources in a desert city, or really in any city, to be recycling water and using it again and making the most of it,” MacAdam said.

Also, that using reclaimed water is an investment in the quality of life for citizens. 10% of Tucson’s overall water supply comes from reclaimed water thus allowing for those projects that bring habitats back to life and provide greenery for the city.

“So, [to have] all those green and wonderful lush things that we'd like to have in the desert, this is one of the most sustainable sources of water to be able to have that,” MacAdam said.

What are Tucson Water’s future projects?

Expansion of the reclaimed water program is key. Tucson Water recently completed the South Houghton Area Recharge Project and is using reclaimed water to contribute to the City of Tucson’s goal of creating an urban forest.

The South Houghton Project created more recharge basins on the east side of the city. That allows water to be brought to a different part of town that can be stored for future use. It also allowed for the added benefit of creating a park-like environment for residents living near the area.

“A big effort that our entire city is undertaking is building our urban forest. And reclaimed water can be an important part of that,” said MacAdam. “In the past, we had so much recycled water that we would let some sort of just flow out of our area. Now, we are taking advantage of all of it and we want to be able to continue to do that.”