New videos show some of the young survivors learning to walk again, smiling and laughing. 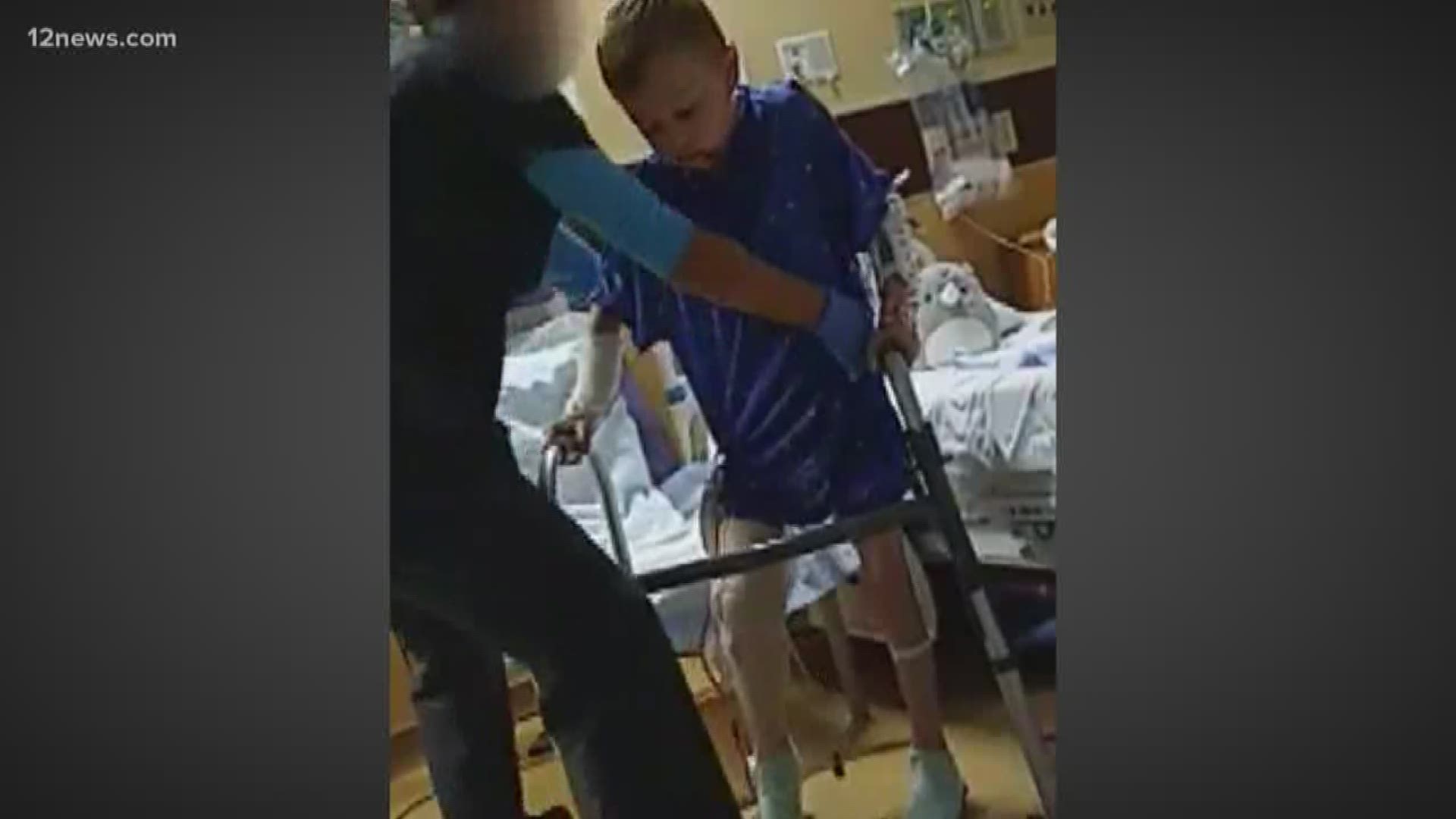 PHOENIX — Children are starting to recover after surviving a brutal attack in northern Mexico last week.

They were traveling with their brothers, sisters and mothers when gunmen shot their cars, killing three women and six children.

"Let that right foot touch the floor, OK? Even if it's just a little. Good job!" said a nurse.

"Are you happy now? Yeah!" said a woman visiting a young survivor in the hospital.

To an outsider, the moments captured on camera may seem little. But given what the kids in the videos have been through, the small movements, smiles and laughs are enough to keep their large families going.

The small, injured children witnessed and survived the unimaginable. Gunmen in Mexico opened fire on their cars and ruthlessly killed three women and six children. Officials believe a drug cartel may be responsible.

“The trauma’s just been surreal, honestly, and especially for the families that lost their loved ones the immediate family. They’re our best friends and family and it’s been really hard for everyone," said Marianna Sedgwick, a close friend of the families involved.

Sedgwick lived near the families in Mexico. After the massacre, she and a caravan of others were forced to flee the place they called home for decades.

RELATED: In labor fleeing Mexico: Family of those massacred in Mexico celebrate the birth of new child

“It’s just been too much really. It’s been heartbreaking for me," said Sedgwick.

Now, as the large community copes with so much loss and plans for what's next, it's the little moments seen on video at a hospital in Tucson showing the survivors and their progress bringing light to the dark.

“They’re brave families that are having to go through this. I’m really, really proud of the ones going through this and the way they’ve been handling it," said Sedgwick.

Family friends have set up a GoFundMe page to help the victims and their families. You can find a link to that here.