The rate of Arizonans identifying as multiple races has grown by 10% points over the last decade. 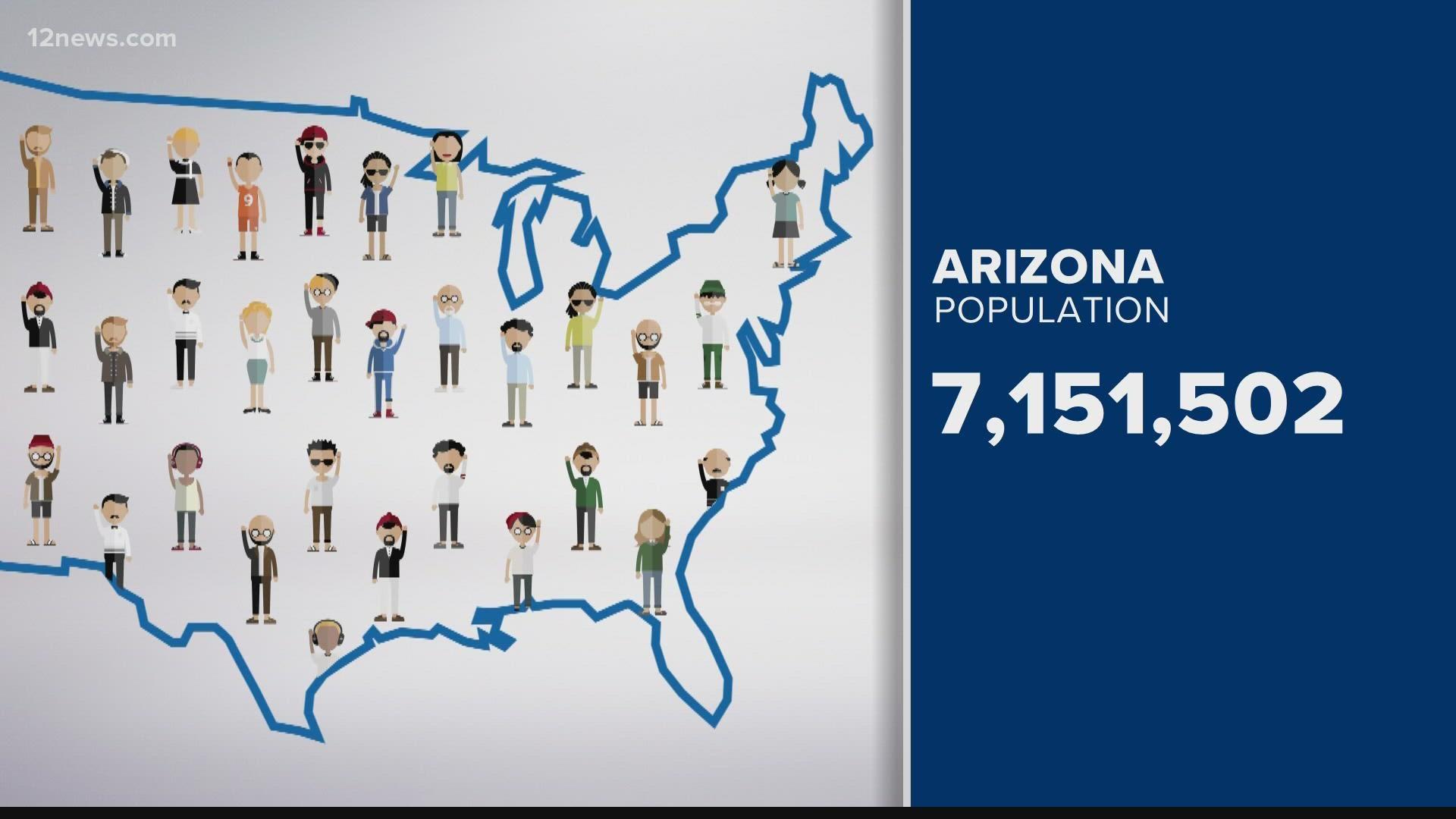 The state has welcomed about 760,000 new residents over the last 10 years, expanding Arizona's total population by nearly 12%.

During a press conference on Thursday, officials from the U.S. Census Bureau singled out Phoenix as the major city that experienced the most population growth since 2010. Buckeye and Goodyear are some of the nation's fastest-growing cities among municipalities with at least 50,000 residents.

Data released Monday illustrates how Arizona's demographics have changed by race and age.

Nearly 300,000 more residents identify as Hispanic or Latino in Arizona than a decade ago, yet this demographic hasn't grown much in terms of percentages. Arizona's Hispanic population expanded slightly from 29% to 30% within the last decade.

Residents identifying solely as white take up a smaller share of the state's population, having dropped from 73% in 2010 to 60% in 2020.

Maricopa County saw its rate of mixed-race residents grow from 3% to 13% over the last decade.

Yuma County's racial demographics changed significantly with its white population dropping from 70% to 44% and the county's mixed-race population growing from 3% to 25%.

Arizona's residents seem to be slightly older than they were in 2010, with juveniles making up a smaller share of the population. The state's three biggest counties -- Maricopa, Pima and Pinal -- saw their adult populations grow by a couple of percentage points.

The latest batch of census data will be used by state governments in their process of deciding how to carve up new voting districts for the 2022 election.

States rely on the federal bureau to collect accurate data every 10 years that can show which states should gain or lose seats in the U.S. House of Representatives.

Arizona was expected to gain a 10th congressional seat for the next election cycle, but census estimates indicate the state's population gains were not enough to warrant more representation in Congress.

Arizona appears to have followed many of the same demographic shifts observed on a national level.

According to census data, the nation's Hispanic population showed little percentage growth over the last decade and substantially more Americans are identifying as more than one race.