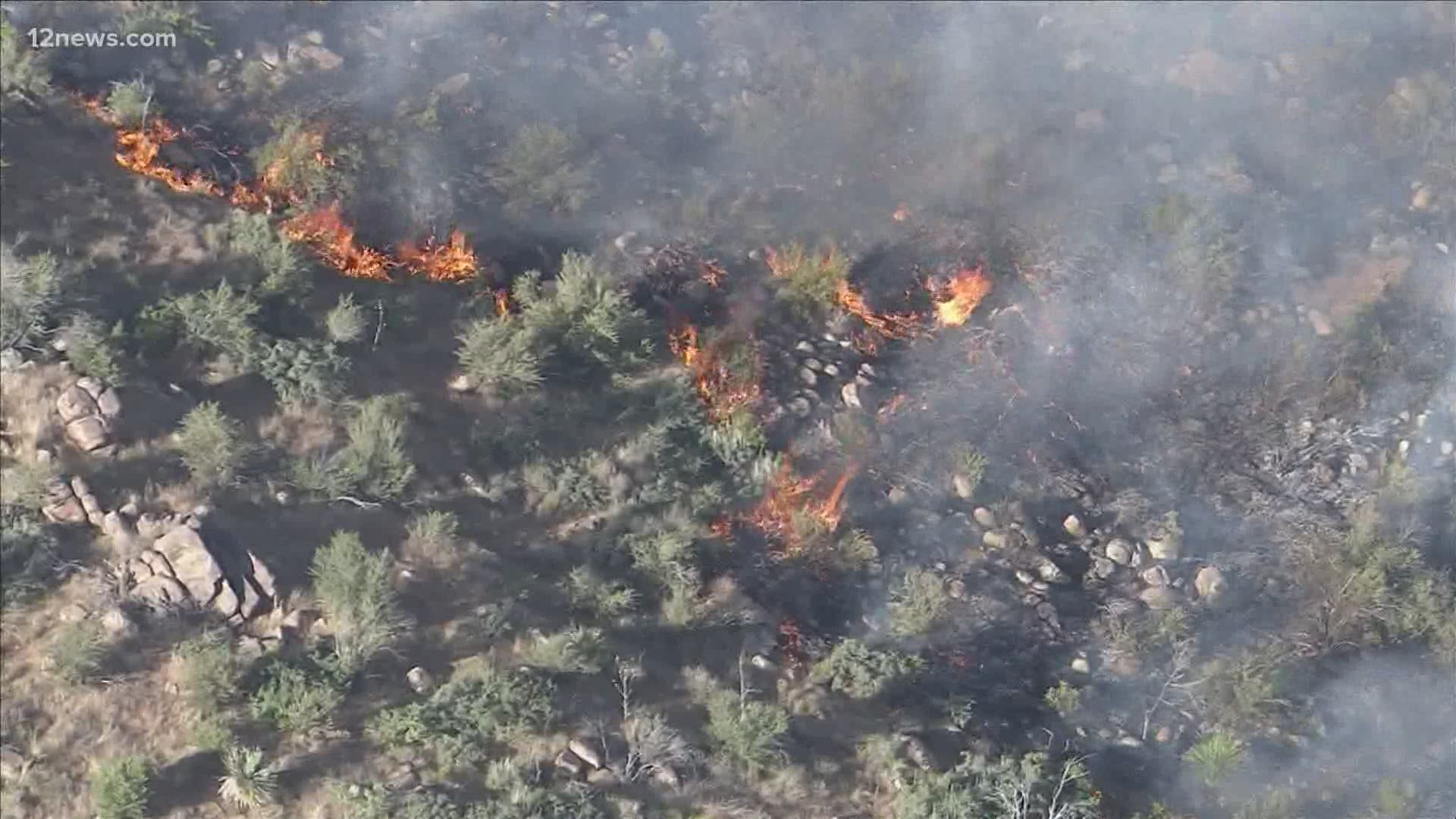 Officials said the fire had burned 193,455 acres as of Thursday evening, making it the fifth-largest fire in Arizona history.

The fire was 98% contained. A red flag warning was in place Sunday and Monday for high winds and gusts.

Officials warned of smoke and increased fire activity inside the containment lines. Firefighters are monitoring these areas.

The Bush Fire started from a vehicle on June 13.

The Tonto National Forest announced it would close due to the ongoing extreme fire danger caused by dry conditions and hot weather following a wet winter that produced an "abundance" of dry brush and grass."

The closure will be in effect starting at 6 a.m. Thursday.

See a larger image of the map here.