The fire was 50 percent contained as of 2 p.m. Sunday, according to officials. 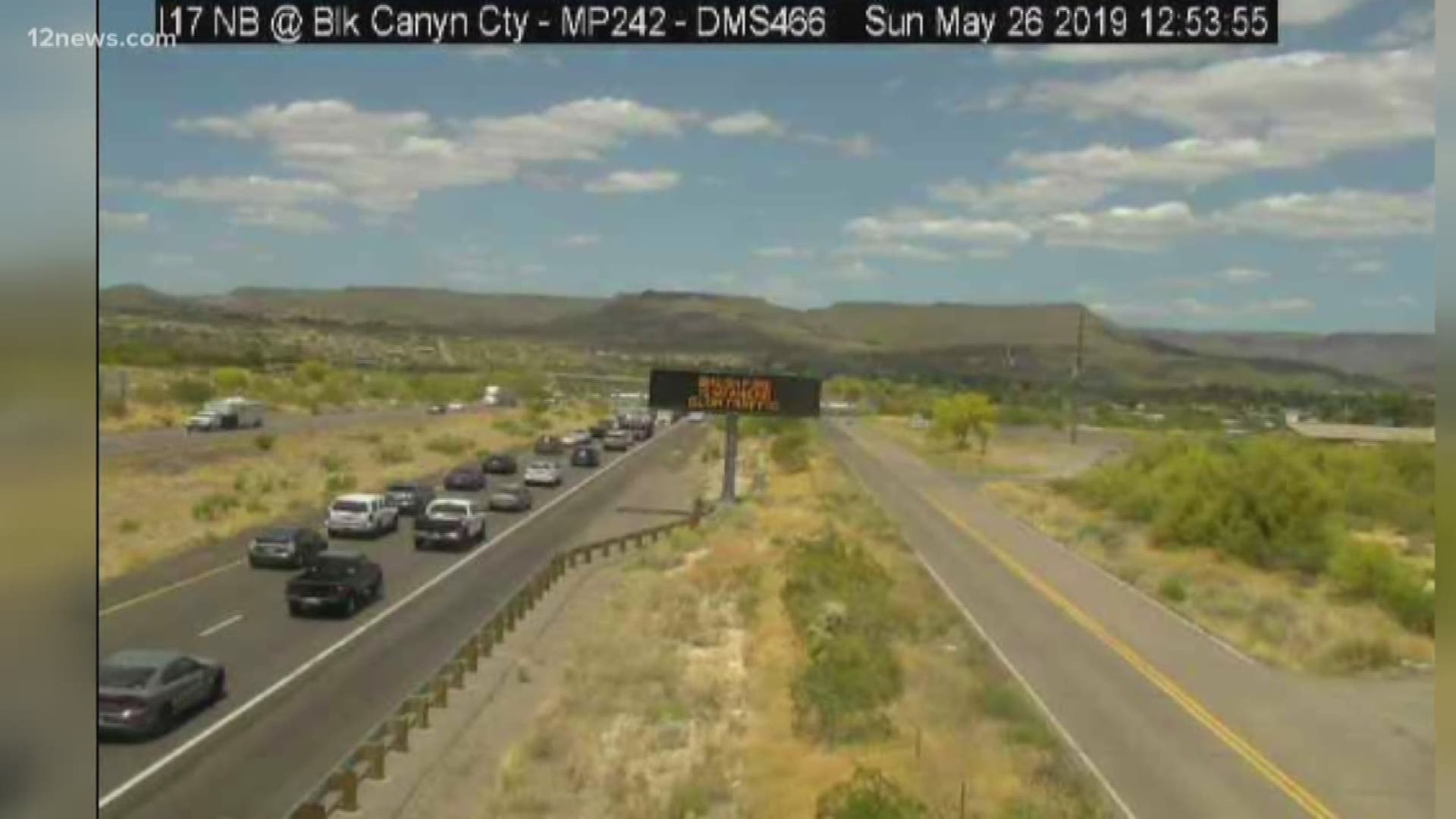 A brush fire along Interstate 17 near the Sunset Point rest area broke out Sunday morning and caused traffic delays on the interstate. Firefighters stopped the fire from spreading Sunday afternoon and had it 50 percent contained as of 2 p.m., according to the Bureau of Land Management of Arizona.

After hours of delays, the Arizona Department of Transportation said around 3 p.m. all lanes were back open and long delays were cleared.

Around 11:30 a.m., ADOT tweeted that a vehicle fire was at the Sunset Point rest area was causing slow traffic.

The car fire spread to a wildland starting a brush fire, BLM said.

Daisy Mountain Fire and Medical later tweeted that only one lane was open and long delays were expected.

Firefighters stopped the fire from spreading and both northbound and southbound lanes opened shortly before 2 p.m., ADOT said.

Around the same time, BLM tweeted that 50 percent of the fire had been contained.