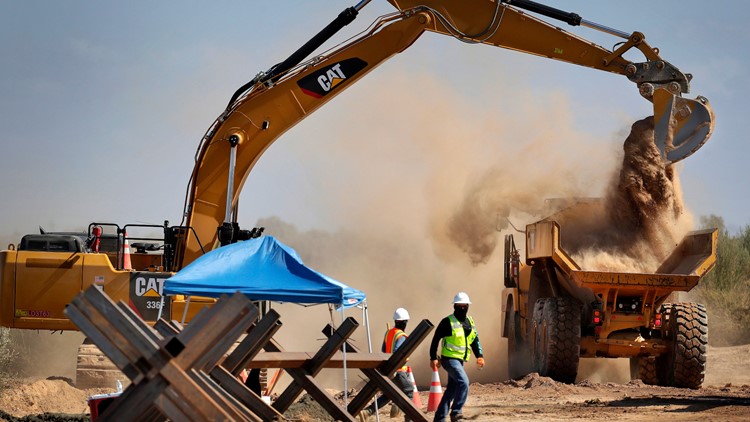 Photo by: AP
FILE - In this Sept. 10, 2019, file photo, government contractors remove existing Normandy barriers that separate Mexico and the United States, in preparation for a section of Pentagon-funded border wall along the Colorado River in Yuma, Ariz. A federal appeals court has heard arguments against diverting Pentagon money for border wall construction as time runs out. It says the Trump administration has moved quickly to spend the money after the Supreme Court rejected an emergency appeal to prevent work from starting in July. (AP Photo/Matt York,File)

American Civil Liberties Union attorney Dror Ladin told a panel of the 9th U.S. Circuit Court of Appeals in San Francisco that the administration is building it quickly since the Supreme Court denied an emergency plea in July to temporarily put construction on hold.

The ACLU says the wall is going up in Organ Pipe National Monument in Arizona, more bulldozers are being dispatched and large amounts of water are being used to make concrete.

Ladin says the ACLU would ask for the wall to be demolished if the group wins its case after it is built.

The administration says Trump was allowed to divert Pentagon funds to build it.