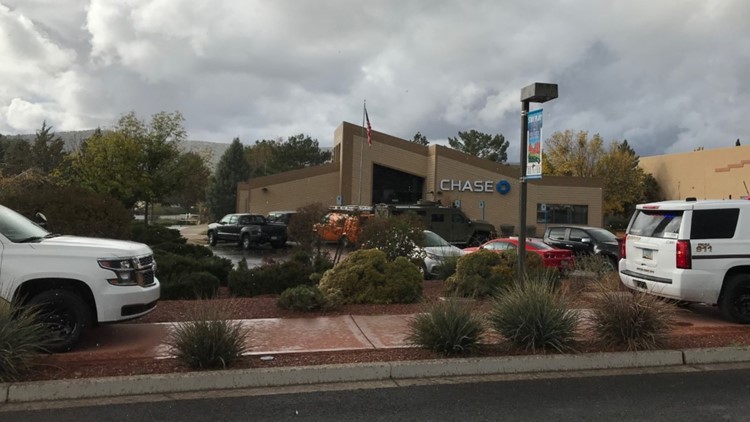 A man who was behaving strangely made a bomb threat at a bank in Oak Creek Thursday.

Employees at a Chase Bank at Highway 179 and Verde Valley School Road reported a man behaving strangely and causing a disturbance at about 12:20 p.m. He claimed there was a bomb in his van and broke a window, according to the Yavapai County Sheriff's Office.

Customers and employees were evacuated and the man was taken into custody.

The Arizona Department of Public Safety Bomb Detail determined there were no explosives in the van.

The van was parked just outside of the bank.

RELATED: Download the new 12 News app for iPhone or Android