"Are you worried about corona? It's nonsense. It's used to take over our country," the owner told police. 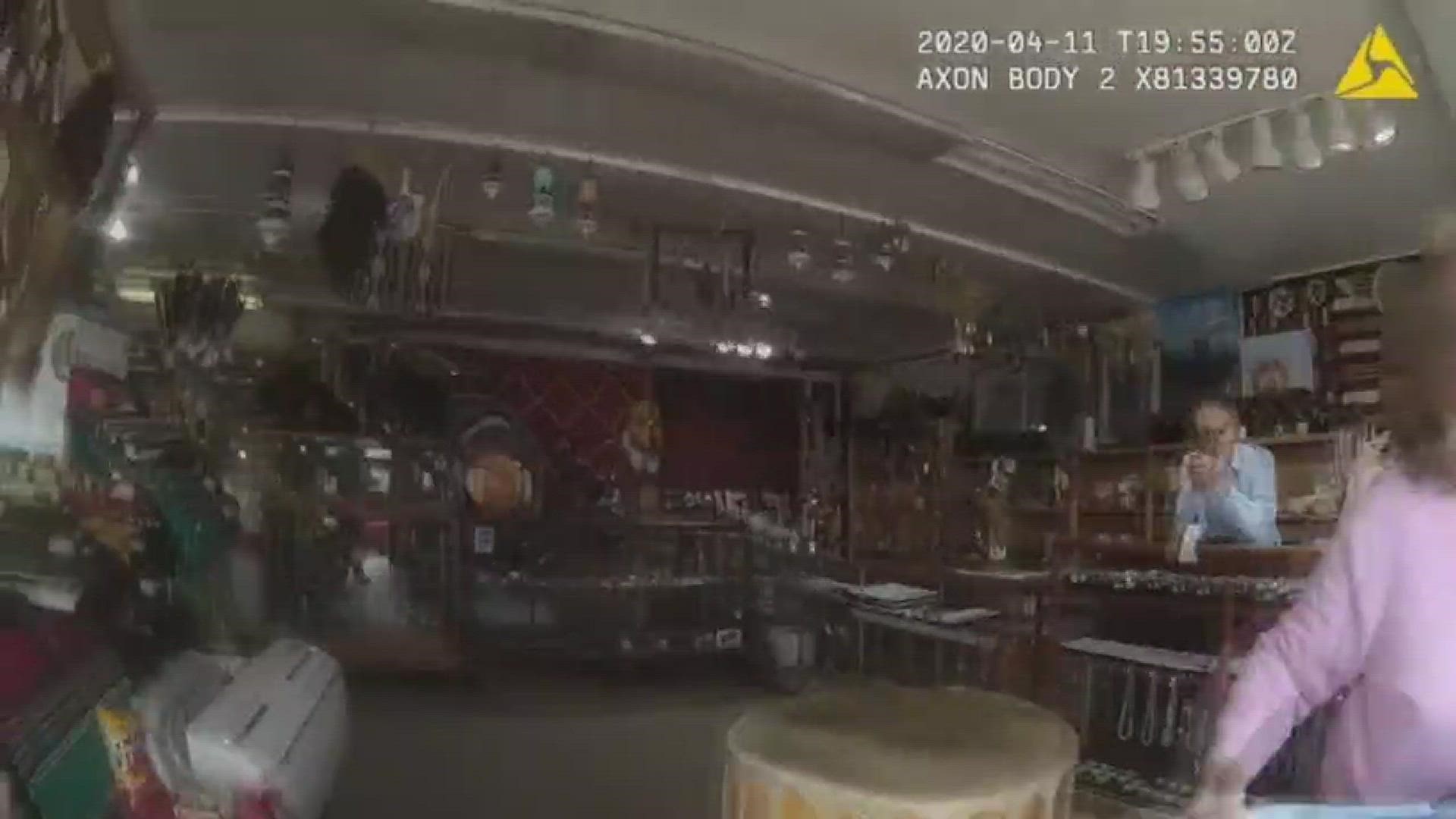 WINSLOW, Ariz. — Winslow police released body camera footage of them citing a man for keeping a non-essential business open during the pandemic.

Gov. Doug Ducey had declared a public health emergency because of the coronavirus outbreak in March. Later that month, he issued a stay-at-home order, prohibiting any business not deemed essential from conducting in-person business.

As soon as the officers walk in, Mazon starts recording them with his cell phone. When officers tell him he can't stay open, Mazon argues that he is in compliance, saying he changed his license name to "Indian Department Store."

He told officers he was now selling hay, paper towels, water and food, which officers noted were just candy bars.

"I get one or two people a day – corona bologna," Mazon says as an officer looks at his store license.

Police said Mazon had been warned twice about keeping his store open, once by the Winslow mayor and once again by police, in the days before this incident. The officer says in the body camera video that these warnings came after the store license was issued on March 24.

Police asked Mazon for his driver's license, but he refused.

"You don't need my driver's license. I'm not driving," Mazon responds in the video.

Police then handcuff and detain him for failing to identify himself.

"You guys don't have a right to touch me or even handle me," Mazon says.

"Oh, absolutely we do. You are under arrest," an officer responds.

The officers tell Mazon's wife they would have simply issued a citation without handcuffing Mazon if he had handed over his ID.

Police obtained Mazon's driver's license, cited him for violating an executive order and released him on the scene.

The officers tell Mazon that if he continues to stay open for business, he will be cited again, and eventually, he might even lose his business license for repeatedly violating state law.

Mazon continues to claim that his constitutional rights are being violated.

Later, an officer returns to the store to return Mazon's cell phone he'd forgotten to give back. Mazon offers him a handshake.

"Are you worried about corona? It's nonsense. It's used to take over our country," Mazon said.