The girl went missing in the Cottonwood wash on July 22. 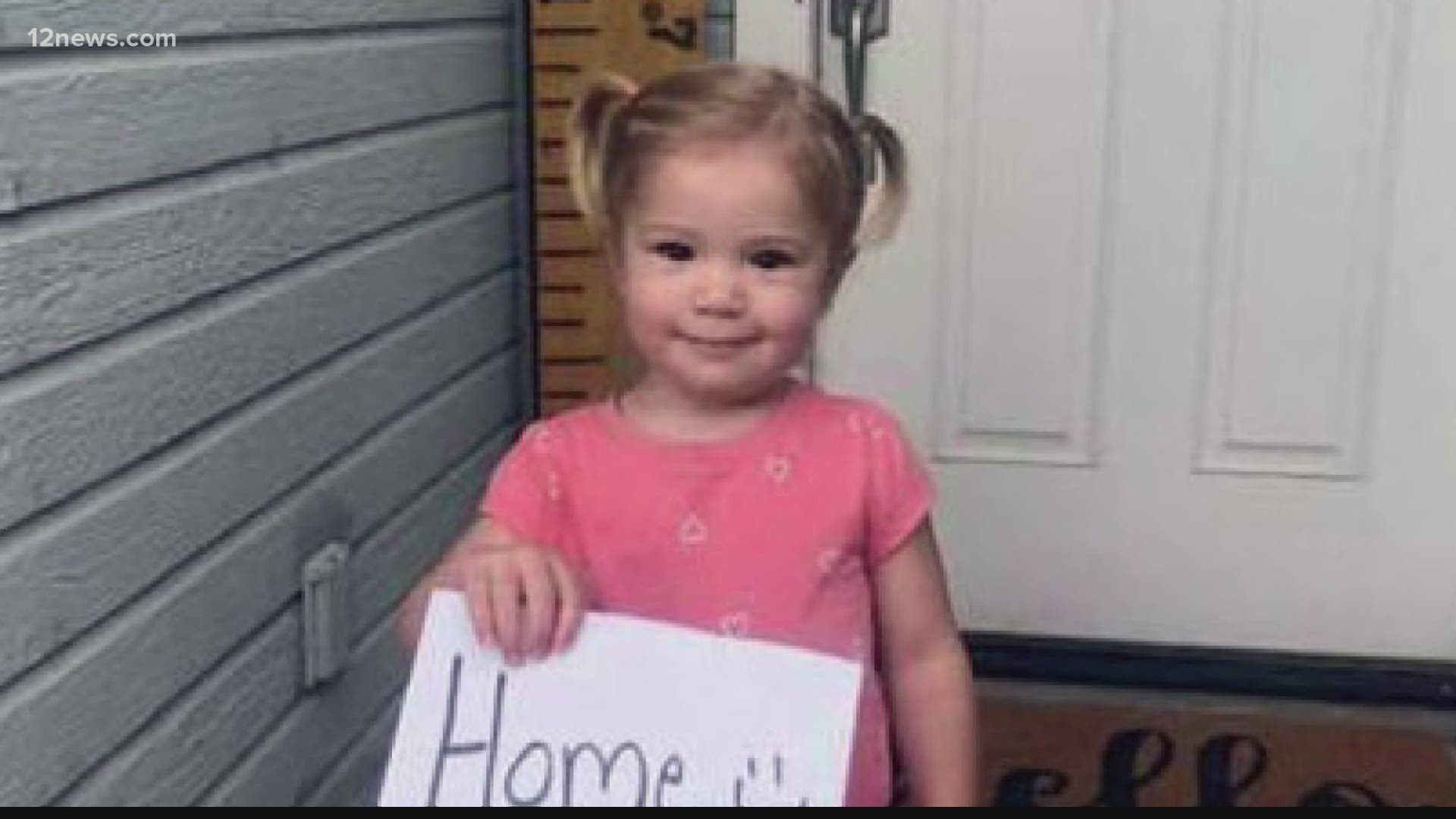 PIMA, Ariz. — Editor's Note: The video above aired during a previous broadcast during initial coverage of the incident.

The 4-year-old girl who was swept away in the Cottonwood Wash last week did not survive, the Pima Police Department said Monday.

The girl's body was found by an Eden community member and the family was notified, a Facebook Group dedicated to the girl's search confirmed Monday.

"Thank you to the outpouring of support from the community and governmental agencies. Without this support we would not have been able to locate Maci in this short amount of time," Pima Police said in a news release.

The Gila Herald was also able to confirm the news as well. Confirmation was obtained from Pima Police Chief Diane Cauthen, the Herald article said.

The body was found around 8:30 a.m. Monday in the Gila River, the Gila Herald reported.

The family was riding in their suburban when it was overtaken by floodwaters from Cottonwood Wash Thursday night.

Rescuers were sent to the wash at about 9:22 p.m. and were able to save five of six occupants, but a 4-year-old girl, later identified as Maci, was swept away, The Gila Herald reported.

PREVIOUS: Search underway for 4-year-old swept away by floodwaters in Pima

This is a developing story. Stay with 12 News for updates.