DPS director gets warning for weaving, driving 90+ mph on I-17

DPS director Col. Frank Milstead joked with the deputy that pulled him over, thanking him for "a break." 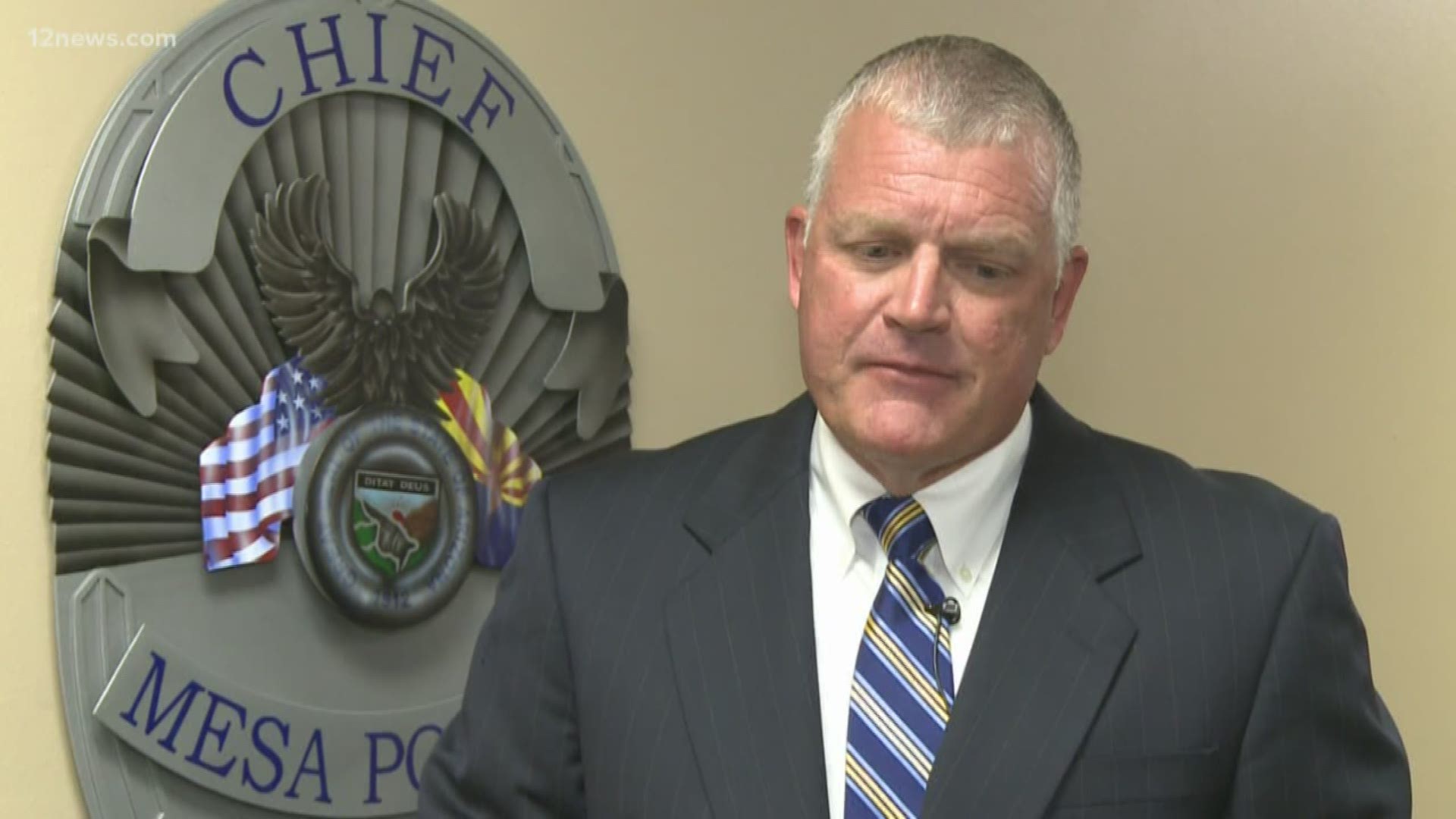 CAMP VERDE, Ariz. — Arizona Department of Public Safety Director Col. Frank Milstead was pulled over in October for driving more than 90 miles per hour on the Interstate 17 and weaving through traffic without using his turn signal.

Body camera video released by the Yavapai County Sheriff's Office shows Milstead passing his badge to the deputy, and later joking with him about driving too fast.

In the video, the deputy says that he wanted to "educate" Milstead and would give him a warning only.

This is not the first traffic incident involving Milstead driving. As 12 News previously reported in a 2014 investigation, Milstead rolled his Porsche off a freeway in a case that critics argued was not fully investigated.

The deputy in the October 2019 incident pulled Milstead over near Lawrence Crossing, about 17 miles northeast of Camp Verde. Milstead was driving with his fiancée to Flagstaff.

On Thursday, Arizona Gov. Doug Ducey offered his thoughts on the incident. 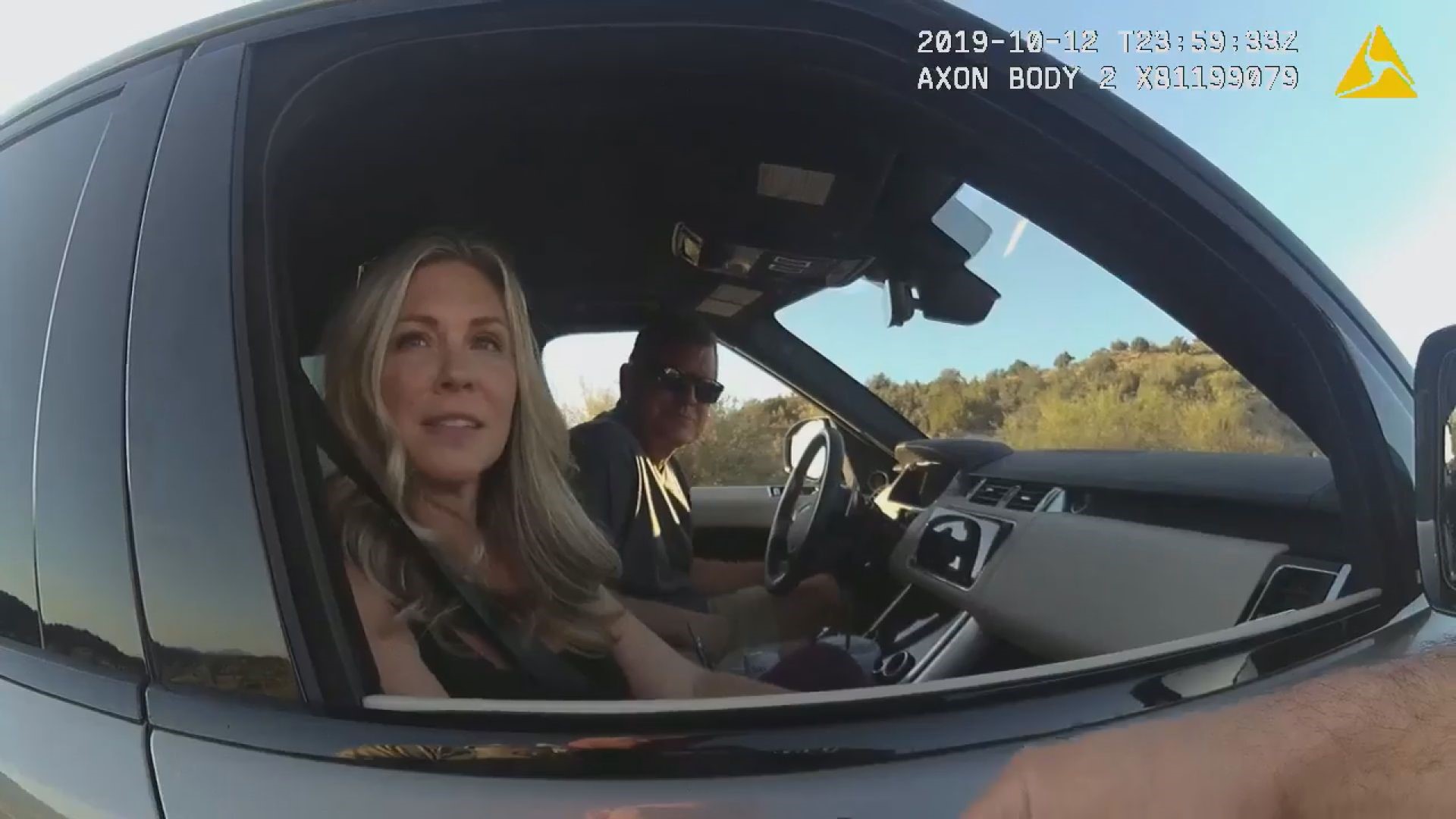 Milstead's fiancée, Angela Harrolle, heads the AZ 100 Club and is the widow of a DPS officer killed in a helicopter accident during a search and rescue mission 11 years ago. The two were headed to a memorial hike for the deceased officer.

In the video, as the deputy goes to his patrol car to run a records check, Milstead hands him his badge and says, “I don’t know if that will help.”

Milstead later said in a statement that he realized that he had not initially identified himself as a law enforcement officer, though he had been trained to do so.

The deputy reacts with surprise and says, “Oh, well, pleasure to meet you,” before proceeding with the records check.

The deputy warned Milstead about his speed but let him go without a ticket.

Milstead said later in his statement that he is regretful about speeding and says the deputy who stopped him acted professionally.

"On Saturday, Oct. 12, 2019 at 4:55PM I was stopped for speeding by a deputy of the Yavapai County Sheriff’s Office. Unquestionably I was speeding and the deputy’s decision to stop me was valid. As with any traffic stop, the deputy requested my information and I provided it. During our conversation, my fiancée explained we were traveling to an annual memorial for her late husband who was killed in the line of duty 11 years ago. As they spoke, I realized I had not identified myself as a law enforcement officer, as I have been trained to do since the academy. I provided the deputy with my professional identification. The deputy then conducted a proper records check, after which he allowed me to proceed with an educational warning. Warnings take place on at least a third of all traffic stops conducted by various agencies. I recognize the seriousness of the speeding violation for which I was stopped, and I am deeply regretful. Irrespective of my position, my adherence to all laws is imperative and on the day in question I was in violation. I hold the Yavapai County Sheriff’s Office & Sheriff Scott Mascher in high regard. The deputy in this case was very professional. This is certainly a regrettable event for me and one for which I will reflect and learn."