Biden administration defends border plan, but is it enough?

The governor and both of Arizona's U.S. Senators have asked for something to be done as border crossings have hit record numbers 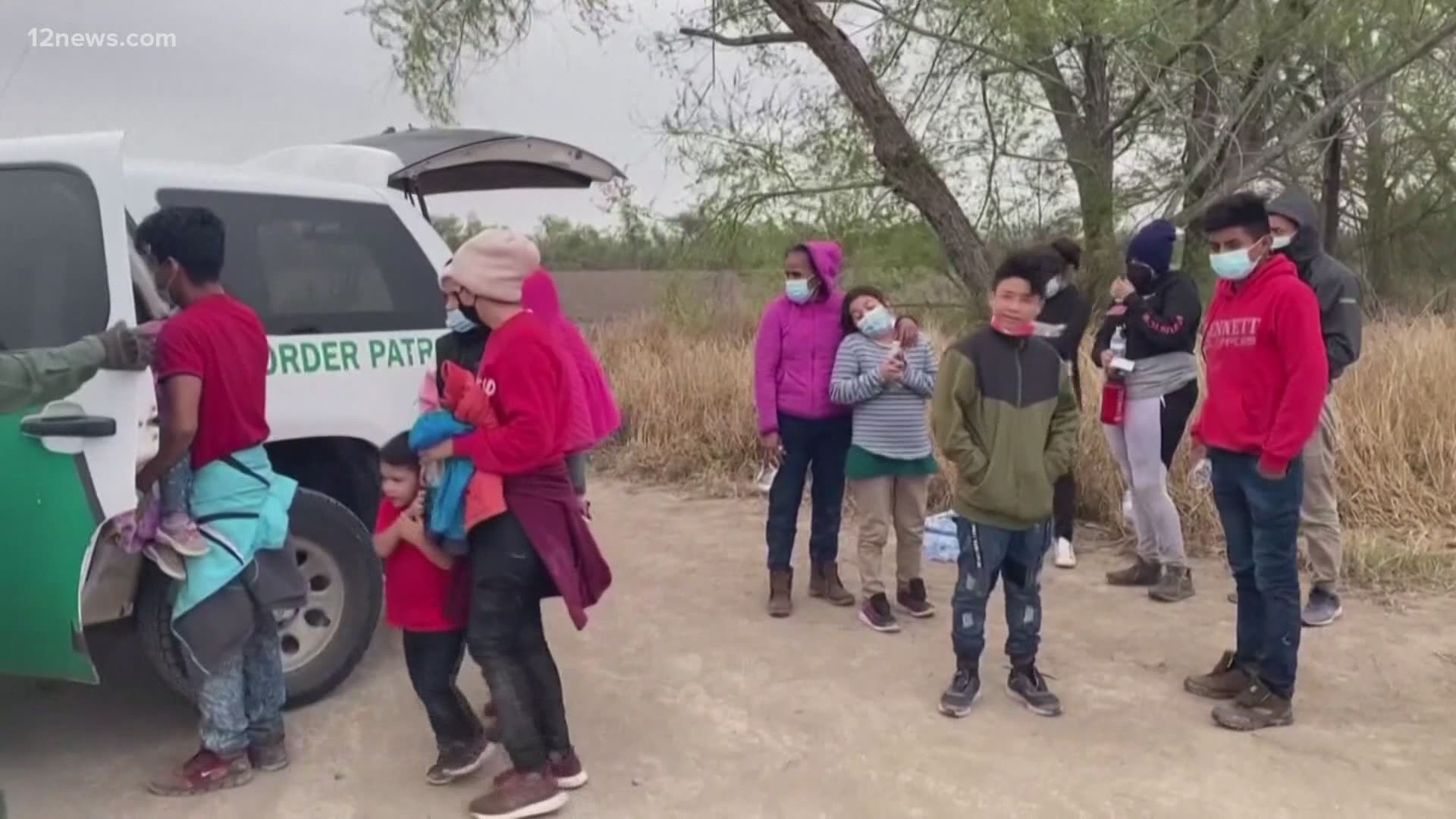 PHOENIX — Thousands and thousands of migrants were detained by Border Patrol in March. To be exact, 172,331 migrants, the highest number on record.

A large portion of them, 103,000, were immediately expelled.

However, those left behind left an immigration system struggling to keep up.

“Thirty days ago, there were more than 5,000 unaccompanied minors in CPD custody. Now, that number is less than 800,” Vedant Patel, Assistant White House Press Secretary, said.

Patel said they try to reunite the minors with family members but others do end up going to Health and Human Service Facilities.

"The difference between an HHS facility or CPD facility is very stark," Patel said.

Patel said the HHS facilities had education, healthcare and other facilities.

“Better than being in a holding cell in border patrol but they are still far from the environment you want kids," Andrew Selee, President of the Migration Policy Institute, said.

Patel said that most kids do not spend more than a month in these facilities and that the federal government has a "high standard" for care of children.

"The reality is the system is still being outpaced by the number of people arriving," Selee said.

With a record-breaking number of crossings, Arizona politicians from Gov. Doug Ducey to Sen. Kyrsten Sinema and Sen. Mark Kelly have called for the Biden administration to do something.

"What you are seeing at the border is a solutions-oriented, whole of government approach focused on delivering," Patel said. "Especially after we inherited four years of really destructive policies."

More migrants were detained crossing the border in March than any single month under Former President Trump.

Patel said the Biden administration is trying to process faster at the border, wants to use more modern techniques for border security and wants immigration reform through legislation his administration is pushing.

"We continue to be incredibly clear to anyone in central America and across the northern triangle that now is not the time to be irregularly migrating to America," Patel said.

When 12 News asked Patel if the record numbers were acceptable or sustainable, he said there are a lot of factors involved.

"Well you have to take a step back," he said. "There are push factors in these Central American countries that go beyond any American public policy."

However, Selee and the Migration Policy Institute wants to see those "push factors" addressed.

Selee said it is a longer-term plan of supporting countries in Central America, to improve the quality of life to make it less likely for people to try to flee and cross America's borders.

Selee said immigration reform to create a better system may de-incentivize illegal immigration, along with seasonal work passes which allow people to work in America but cross the border back to their country of origin for some of the years.

It’s the same crisis over and over again every two years. And we keep treating it as a border crisis and we find a way to deter people." Selee said.