After a weeks-long manhunt, a tip finally led to the arrest of the escaped Arizona murder suspects

The fugitive couple that escaped a prison transport on Aug. 26 and had been on the run since were captured by U.S. Marshals in Tonto Basin. 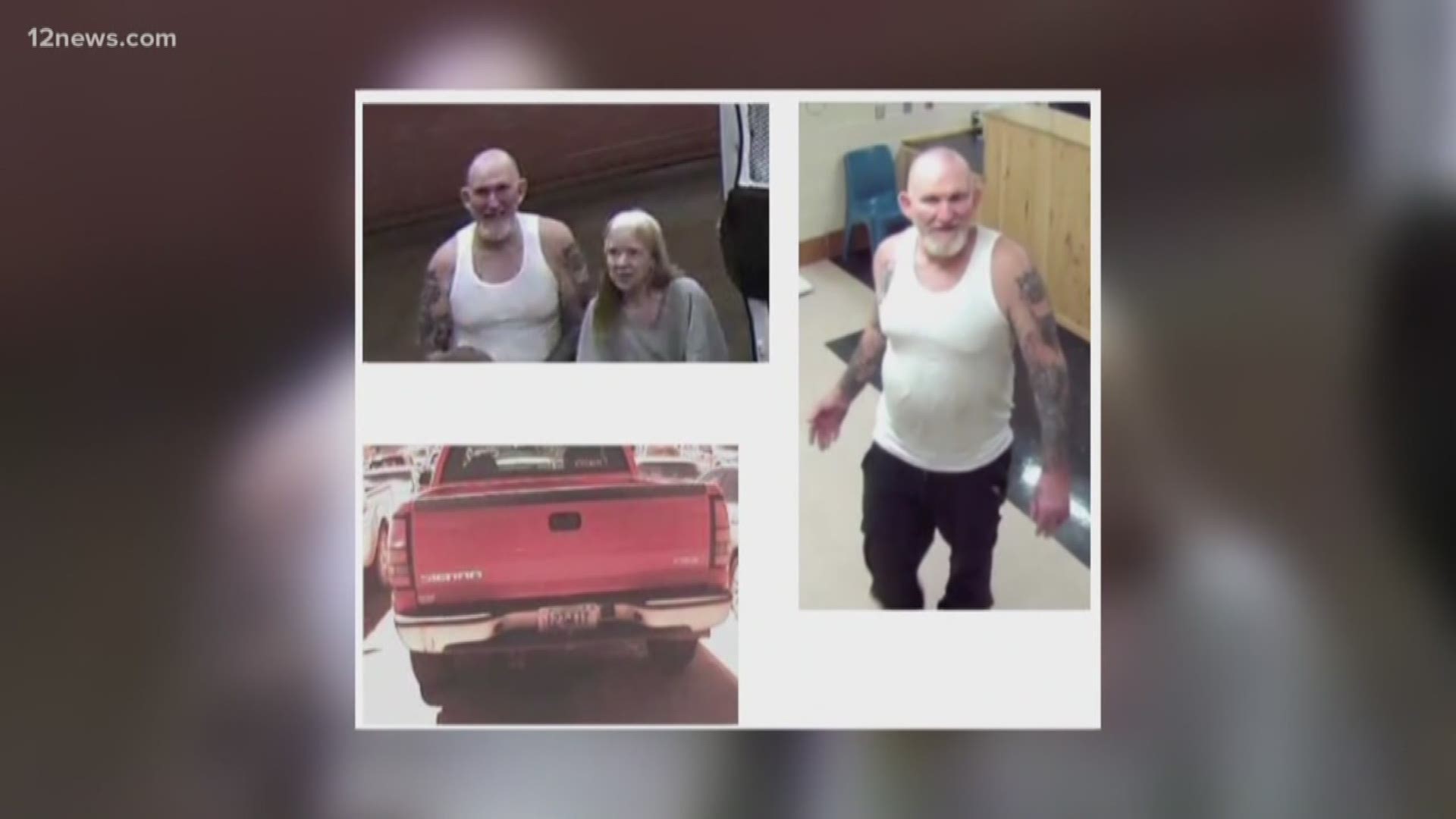 Blane and Susan Barksdale are no longer on the run. Officials with the U.S. Marshals said the husband and wife who escaped a prison transport on Aug. 26 were captured Wednesday night in the Tonto Basin area near Roosevelt Lake.

United States Marshal David Gonzales said hundreds of leads were chased by multiple Arizona law enforcement agencies for more than two weeks regarding the whereabouts of the Barksdales.

Gonzales said authorities believe the Barksdales were in Arizona the entire time they were on the run. They believe the couple was in the Snowflake area until earlier this week.

A tip that eventually led to the Barksdales arrest pointed authorities to Punkin Center in Tonto Basin. Gonzales said the caller told authorities that they might want to look in that area.

Gonzales said the Barksdales have an acquaintance there who has prior drug connections.

50 law enforcement officers in all—from several agencies across the state—surrounded the mobile from all sides and called the occupants out. Gonzales said they were not 100% sure the Barksdales were there. 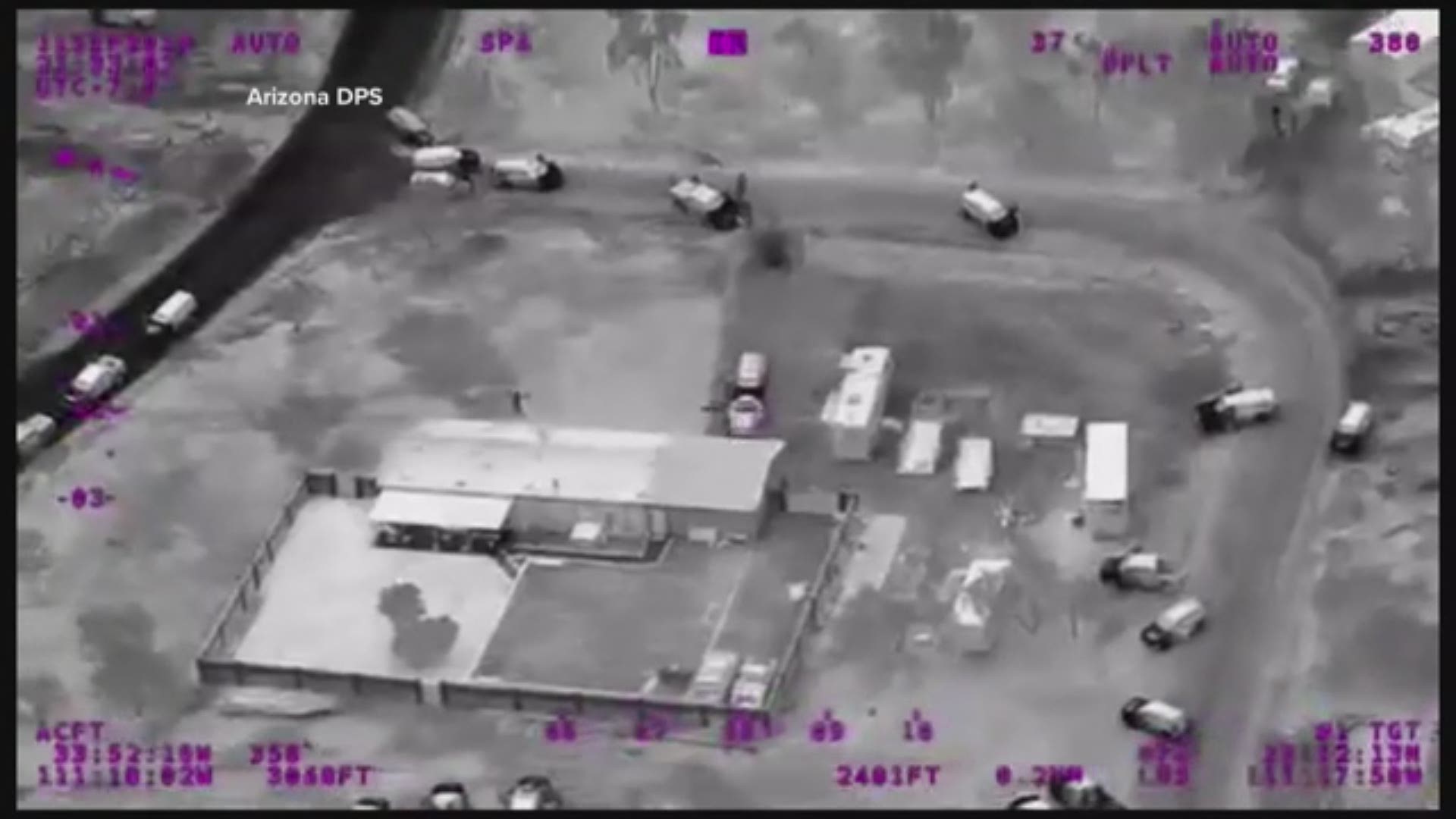 “That ended the saga we’ve been dealing with the last 16 days,” Gonzales said Thursday.

The Barksdales were booked into jail in Florence Wednesday night and are scheduled to appear in court Thursday afternoon.

Gonzales said the Barksdales were in the area east of Snowflake for a long time. From here, authorities will transition into investigating individuals they believe assisted the Barksdales in their time on the run.

No officers were injured in the apprehension of the Barksdales. At this point, no one who has been in contact with the Barksdales since they escaped is in custody.

Blane and Susan Barksdale are accused of killing a 72-year-old man in Tucson, setting his house on fire and then stealing more than 100 guns, U.S. Marshals said. The victim's body was never found and his home was burned to the ground.

The couple was originally arrested in April in Upstate New York, where they had fled.

The two were believed to have attacked and overpowered two security guards while being transported to a prison in Arizona last week. Officials said the couple faked a stomach illness shortly after leaving jail for the transport and escaped in Blanding, Utah.

PREVIOSULY: Fugitive red truck 'disappeared off the face of the earth,' Marshals put Barksdales on 15 Most Wanted

The arrest comes two days after the U.S. Marshals put Blane Barksdale on their 15 Most Wanted list, saying the truck the couple was in "literally disappeared off the face of the earth."

Gonzales said the truck still has not been located.

So what’s next for the Barkdales?

Federal authorities will dismiss the unlawful flight charge so the couple can be handed over to authorities in Pima County. They will both face murder charges for the death of Frank Bligh.