The victim's mom said in a phone interview with 12 News that the family is at ease because she’s fine, “I’m happy she’s safe now,” she said. 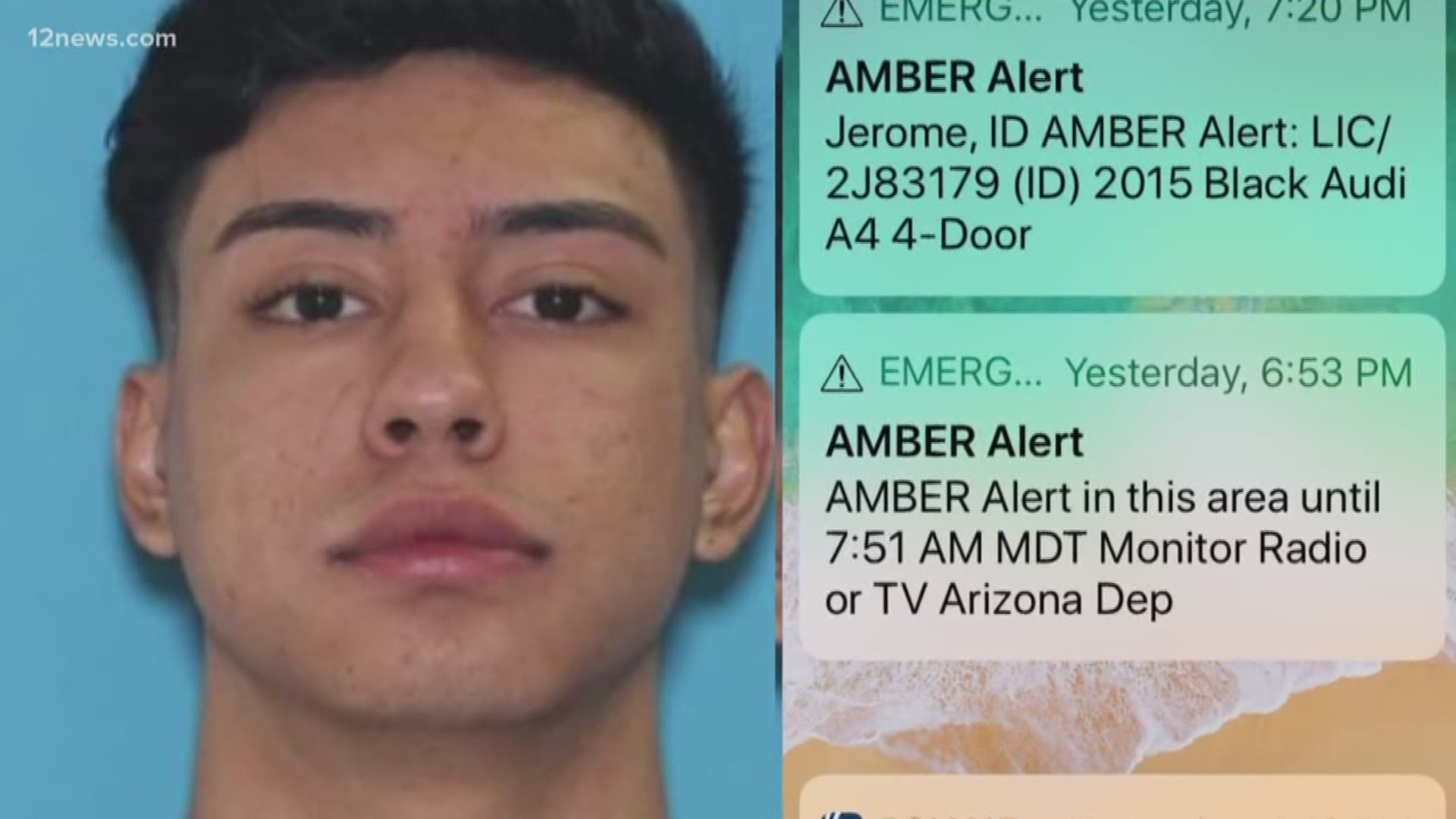 According to Surprise police, the girl appeared to be unharmed and 18-year-old Miguel Rodriguez-Perez was taken into custody.

The victim’s mom said in a phone interview with 12 News that the family is at ease because she’s fine, “I’m happy she’s safe now,” she said.

The mother confirmed Rodriguez-Perez was her daughter's ex-boyfriend and they had placed an order of protection against him because he had been violent with her. She didn’t specify how.

The girl's mom said she talked to her daughter Tuesday morning after police found her. She said her daughter is at ease.

Authorities say the 17-year-old was kidnapped by Rodriguez-Perez Sunday from the parking lot of the Wendy's where she works.

Rodriguez-Perez's cell phone pinged in Kingman around 6 p.m. Monday. At the time, authorities said he had contacts in Surprise and in Mexico.

According to Surprise PD Sgt. Tim Klarkowski, officers patrolling located the Audi A4 the suspect and victim were believed to be in and attempted a traffic stop.

"The vehicle fled and was located a short distance away, abandoned," Klarkowski said.

Multiple law enforcement agencies set up a perimeter in the area of Happy Valley Road and Grand Avenue in Surprise as they searched for the suspect and victim, who police believe fled on foot.

The victim and Rodriguez-Perez were both found within the search area, according to Surprise PD. The court documents say they were hidden beneath bushes and trees.

Police say the victim is waiting to be reunited with her family and the investigation is ongoing.