Are the escaped murder suspects still in Arizona? Authorities think so.

Blane and Susan Barksdale are still on the run. Authorities believe the two are still in Arizona and say they have ties to gangs. 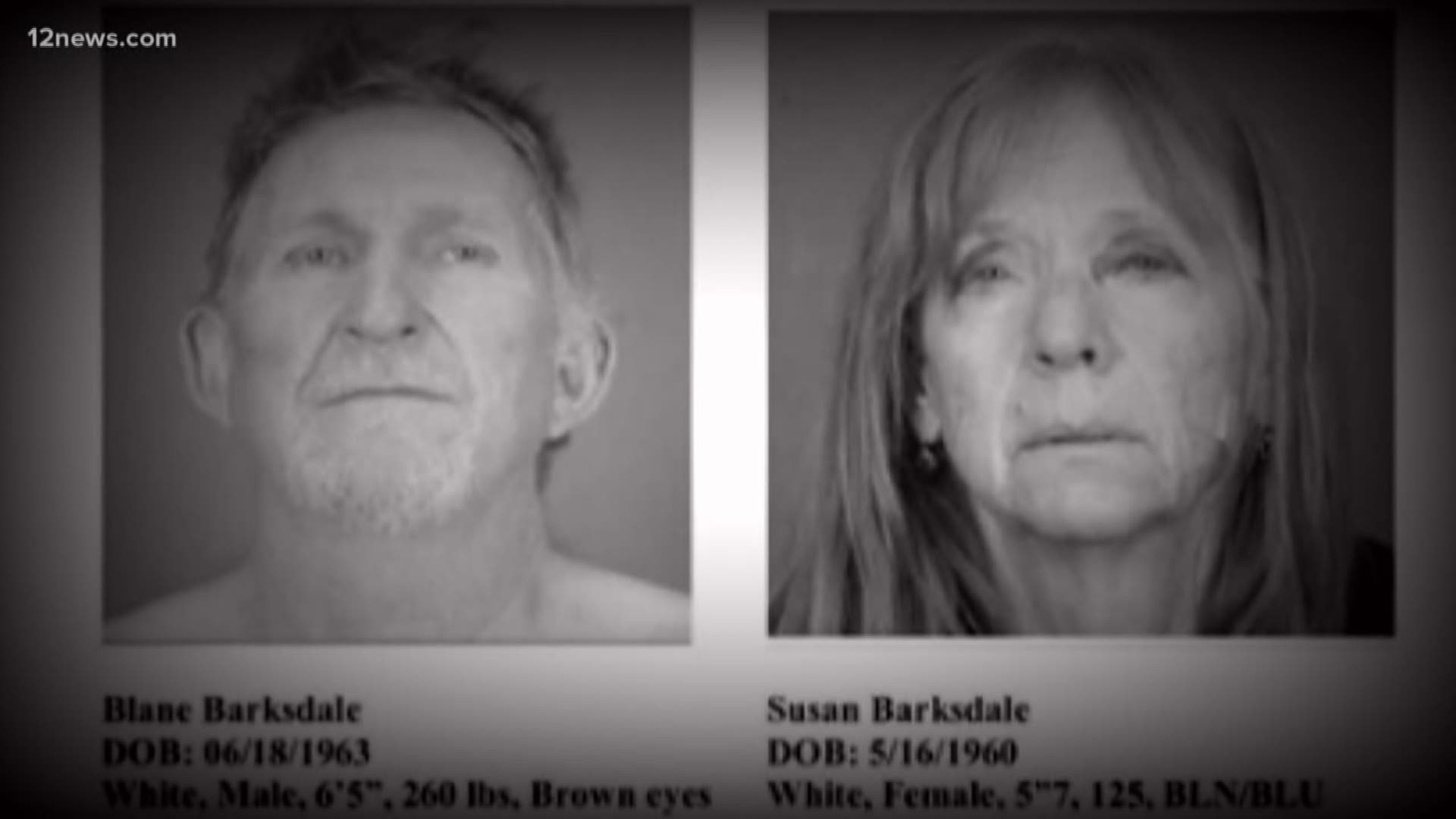 PHOENIX — U.S. Marshals believe the Tucson couple accused of murder is still on the run in Arizona.

Blane and Susan Barksdale are accused of killing a 72-year-old man in Tucson, setting his house on fire and then stealing more than 100 guns.

The two were believed to have attacked and overpowered two security guards while being transported to a prison in Arizona last week. They escaped in Blanding, Utah.

And now, the U.S. Marshals Service has released more images of the couple in hopes someone will recognize them.

They are stills from a surveillance camera, but they are not recent -- so not taken while on the run. But the FBI hopes they’ll give the public a new look at the couple.

The couple "feigned they had a stomach illness shortly after leaving the jail in Utah," said Timothy Hughes, chief deputy U.S. Marshal.

"At that point, they overpowered the guards, they got into the van, drove around 50 miles, kidnapping both guards."

RELATED: Search continues for fugitive couple who escaped during transport to Arizona

If you’ve been on any Valley freeway in the last week, you’ve no doubt seen these electronic messages. ADOT told 12 News they’re up at the request of the FBI and US Marshals Service.

Despite the attention, authorities said they believe the Barksdales are still in Arizona.

“Their ties and connections are here." Hughes said. "Blane Barksdale has run away from the law before... people who can help him are here.”

Authorities warning that the couple is “armed and dangerous” and should not be approached.

RELATED: Timeline: What we know about the hunt for a fugitive couple accused of murder in Arizona

The U.S. Marshals Service is offering a $10,000 reward per fugitive for information leading to their arrests. Those with information are asked to call 877-Wanted.