The plane crashed into a suburban neighborhood on Monday after departing from an airport in southern Arizona. 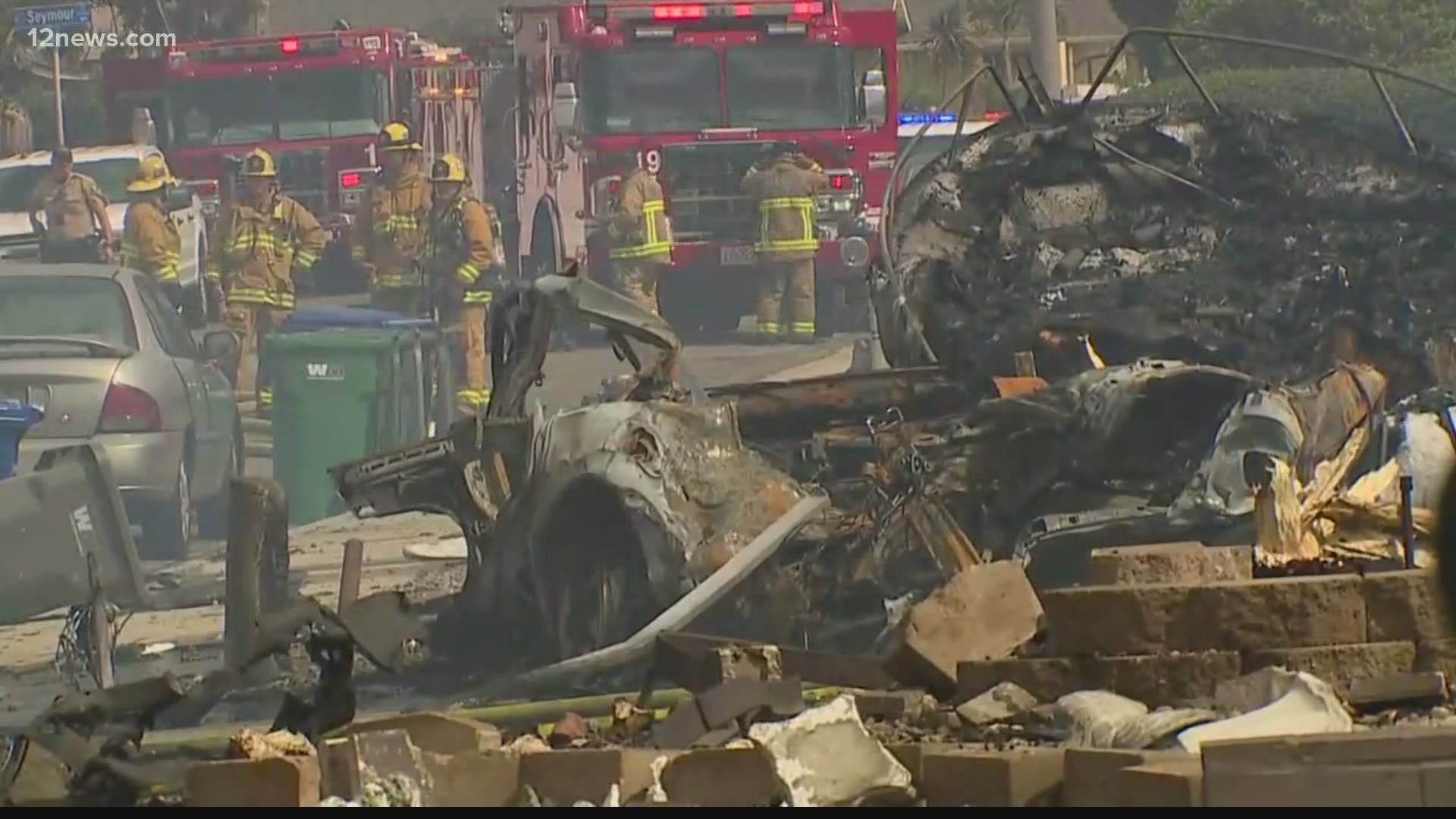 YUMA, Ariz — Authorities say at least two people were killed and two others injured when a small plane crashed into a suburban San Diego neighborhood, destroying two homes and a delivery truck.

UPS identified an employee among the dead. Officials didn't immediately know conditions of the survivors of the crash in suburban Santee or whether they were in the plane or on the ground. Witnesses described an elderly couple being rescued from one home.

A hospital in Yuma confirmed Dr. Sugata Das, a local cardiologist, died in Monday's plane crash, according to a statement obtained by KYMA.

It was a twin-engine Cessna flying from Yuma, Arizona, to San Diego.

It wasn’t immediately known how many people were on board.

RELATED: Two dead after helicopter collides with airplane in air above Chandler airport