Teenagers and even 8-year-olds around the country took a knee over the last week during the national anthem following recent similar protests by National Football League players. 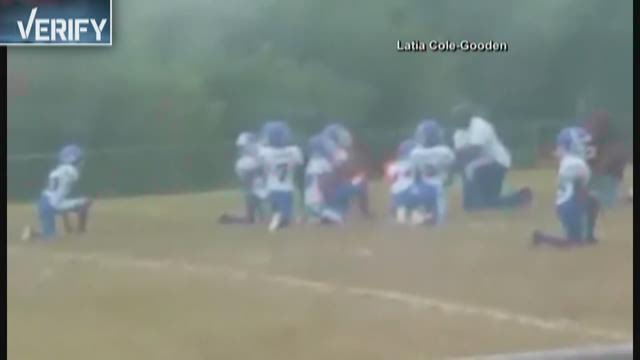 FLAGSTAFF, Ariz. – Teenagers and even 8-year-olds around the country took a knee over the last week during the national anthem following recent similar protests by National Football League players.

Professor of law and Dan Cracchiolo Chair in Constitutional law at the Sandra Day O’Connor College of Law at Arizona State University, James Weinstein, said only some participating in the protests could turn to the First Amendment for protection.

“The NFL is not bound by the First Amendment,” Weinstein said.

Weinstein explained this was so because the NFL is a private entity.

“The First Amendment only applies to the government—state, federal, local,” Weinstein said.

Weinstein said a First Amendment issue would be raised if a public school tried to discipline a student for a freedom of expression like not standing for the “Star-Spangled Banner.”

Weinstein cited several Supreme Court cases, including the 1943 decision in West Virginia State Board of Education v. Barnette, where he said a student identifying as a Jehovah’s Witness did not want to salute the flag. In Tinker v. Des Moines Independent Community School District (1969) a student was disciplined for wearing a black armband at her middle school in protest of the Vietnam War. The Supreme Court ruled in favor of the students in both cases.

Out legal expert admitted the laws around these freedoms were complicated. Though he confirmed individuals punished by a private entity for kneeling cannot look to the First Amendment for protection, he said perhaps they could turn to labor law or contractual agreements for help.