The 10,000-word measure aims to win over parents, cops, employers, even the governor with offerings under a cannabis Christmas tree. Opponents aren't buying it. 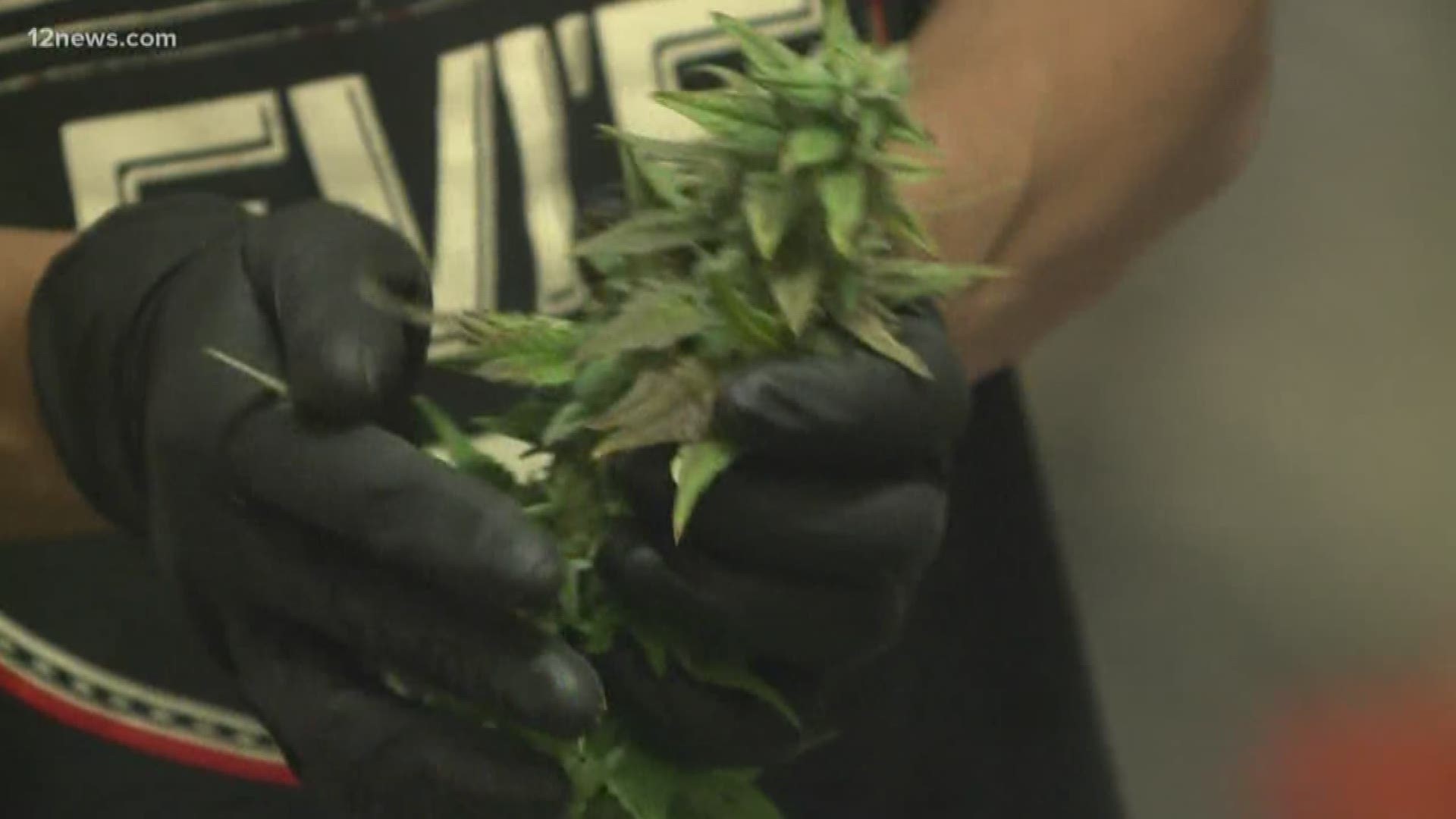 PHOENIX — Arizona's second attempt to legalize recreational marijuana responds to the questions that doomed the first effort, in 2016.

Worried about your kids eating pot gummies? Supporters say they've got you covered.

How about people getting high on the highway? This initiative claims it has the answer to that, too.

Boss concerned about workers stoned on the job? Won't be a problem.

"We got it right this time," said Stacy Pearson, spokeswoman for the Smart and Safe Arizona initiative unveiled Friday.

"We listened to the criticism from the community in 2016 and fixed those problems."

There's something for virtually everyone in the 16-page, 10,000-word initiative—a cannabis Christmas tree.

Opponents rejected the new initiative, contending the businesses behind it can't be trusted.

“The only promise they’ve ever kept is to rake in as much profit as possible,” said Sheila Polk, chair of Arizonans for Responsible Drug Policy. “When you look at all the promises they’ve broken, you have to wonder how this initiative will be any different.”

Polk, the Republican Yavapai County attorney, led the successful fight against the 2016 initiative, which was narrowly defeated.

Here are some of the many questions the new initiative tries to answer:

Who could buy recreational marijuana?

You would have to be 21 or older and show identification. Buyers could legally possess 1 ounce of marijuana. Arizona's medical marijuana cardholders can possess up to 2.5 ounces under a law voters approved in 2010

How much new cash would marijuana sales generate?

Pearson said the 16% "sin tax" on marijuana—the same as the excise tax on cigarettes and booze—would bring in an estimated $300 million a year within four years after the law took effect. (The tax doesn't apply to medical marijuana.)

The cash from the "Smart and Safe Fund" would be divided equally among public safety agencies, the state highway fund, and community colleges.

The cash for underfunded community colleges is a major departure from the 2016 initiative, which pledged marijuana revenues to K-12 schools.

"What we needed to do was solve problems, and there isn't enough money annually from adult-use marijuana to solve the K-12 funding issue," Pearson said. "It would be a drop in the bucket compared to what's needed."

"The legislators, the business community and the teachers' unions—those folks are working on that."

Is there more new cash?

The initiative would make a one-time transfer of almost $40 million from the Medical Marijuana Fund, created by the 2010 law, to several recipients:

- $10 million for public health programs, including prevention of teen suicide and substance abuse.

The initiative would block the state and cities from levying taxes specifically on the marijuana business. But the business would boost revenue from existing sales taxes.

How would the public be protected?

- Marijuana would have to be tested and labeled.

- Users couldn't smoke while driving and could be busted for impairment.

- Products that appeal to children, like edible gummies, would be banned.

- Employers would also be able to ban marijuana in the workplace.

Would there be a dispensary on every corner?

Right now there are about 130 state licenses for medical marijuana dispensaries. There would be about 145 available for recreational dispensaries, Pearson said.

Holders of the medical marijuana licenses would get first shot at applying for recreational licenses.

Most dispensaries are expected to overlap because of the requirement that holders of both licenses must use them at their existing location, Pearson said.

What about people convicted of marijuana-related offenses?

Here's the scenario the initiative envisions: Arizona residents convicted of certain marijuana-related offenses could find those offenses erased from state statute if marijuana is legalized.

The initiative would allow residents to apply to have their legal records expunged—in effect, erasing the conviction, but not issuing a pardon.

Who's behind the initiative?

In just three years since the 2016 initiative, the cannabis industry has become a multibillion-dollar business in the U.S. and Canada, where marijuana is legal.

The Smart and Safe Arizona initiative is backed by three major medical marijuana companies, according to records at the Arizona secretary of state's office:

- Tempe-based Harvest Enterprises has donated $300,000 to the initiative campaign.

What are opponents saying?

Polk and ARDP issued this statement:

"(We see) nothing to like in the details of the marijuana initiative released by leaders of enterprises that have repeatedly broken promises to Arizonans. The megacorporations pushing the initiative have repeatedly put their profits ahead of the public good."

Cathi Herrod, president of the conservative Center for Arizona Policy, said in a prepared statement:

"Despite their talking points, nothing in this initiative fixes the risks to Arizona families. It still puts us in danger on the roads, it still makes marijuana more accessible to teens, and they are still marketing this now very potent drug to children in the form of candy and snacks. We know this because it's what continues to happen in other states in spite of regulation."