After Jenn Baluch was furloughed from her job during the height of the coronavirus pandemic, she turned her love for Arizona restaurants into a TikTok sensation. 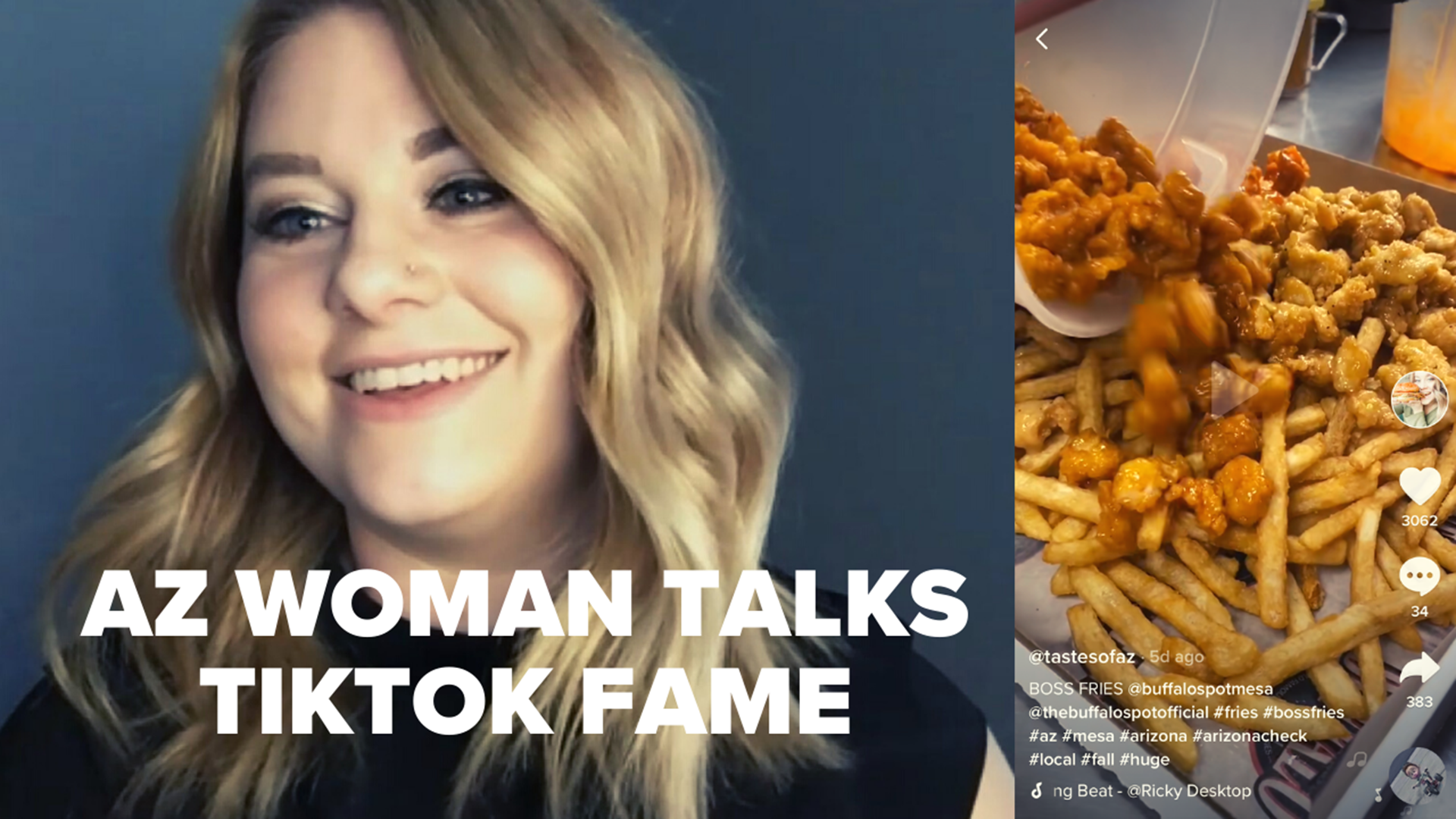 PHOENIX — At the height of the coronavirus pandemic earlier this year, Valley resident Jenn Baluch found herself in a situation shared by many Arizonans. She was furloughed from her job, and looking for a way to make ends meet.

Baluch, 27, turned to babysitting and food collaborations for part-time work. She also used her hobby of being a food influencer on TikTok to help pass the time as the pandemic continued. But it didn’t take long for her hobby to turn into social media stardom.

With the TikTok handle @tastesofaz, Baluch used the platform to feature unique food spots and restaurants across Arizona. Through the 15-60 second videos, she captured the ambiance of each place and showcased the tasty and decorative dishes each spot served. Her creative clips quickly gained a following on TikTok, and now has more than 39,000 followers.

Getting started on TikTok

Baluch said she started her @tastesofaz account in February and was on the platform before the pandemic hit. At first, her videos were more along the lines of the more traditional meme and lip-sync videos, but they never really took off.

“As somebody who’s a food influencer, I might as well use this for posting food videos,” she said.

So during a food collaboration with a local restaurant, Baluch took a few videos and shared them on TikTok. The video received a lot of engagement, including more than 70,000 views, becoming one of her first viral videos.

With her newfound success, she found her niche creating food content.

Choosing which restaurants to feature

When deciding on which restaurants to feature, Baluch said she turns to Yelp as a resource.

As she scrolled through Yelp, Baluch said the star rating doesn’t really play too much into her decision on who to feature.

Along with Yelp, Baluch said she also finds restaurants through online ads and Facebook groups. There are also restaurants that reach out to her for a visit, which is another useful resource.

And as @tastesofaz continues to grow, she will have plenty of options.

To continue her work on the platform, Baluch said she would reach out to local restaurants and ask if she could stop by and record a video for her TikTok account. Her following was growing quickly, so the food spots were happy to have her stop by and give them free online exposure. From hole-in-the-wall spots in Mesa to popular bar hangouts in Phoenix, her online followers ate up her videos.

For each post, Baluch said she takes about 10-15 clips at the location, highlighting various aspects of the restaurant. Everything from video of the cooks making a popular dish to a tour of the seating areas help tell the story. Once she has her clips set, Baluch said she edits each video completely within the TikTok app. Adding voiceovers, transitions and popular music clips bring the video to life.

WATCH: That one time rapper Tyga 'duetted' her video on TikTok

From start to finish, there are plenty of logistics that goes into the production of each video. That is when she can put her skills obtained through the Walter Cronkite School of Journalism at ASU and experience working with the Arizona Cardinals to use.

As her presence continues to grow on TikTok, Baluch is amazed how much of an impact she has had on Valley restaurants. Because of her videos, she said a few of the restaurants she visited saw an increase in customers.

“That’s crazy that I am helping these local businesses, just through an app and just getting the word out,” Baluch said. “It’s crazy, but I’m very thankful for it.”

Outside of TikTok, Baluch said she will continue to build her following on other social sites including Facebook and Instagram.

She is also utilizing her newfound TikTok fame to produce a new show called “Tastes of AZ” on her YouTube channel. Each episode will include weird food challenges with local chefs.