Arizona Game and Fish tweeted Monday the woman, who they referred to as a "habitual feeder of javelina," was taken to urgent care and released. 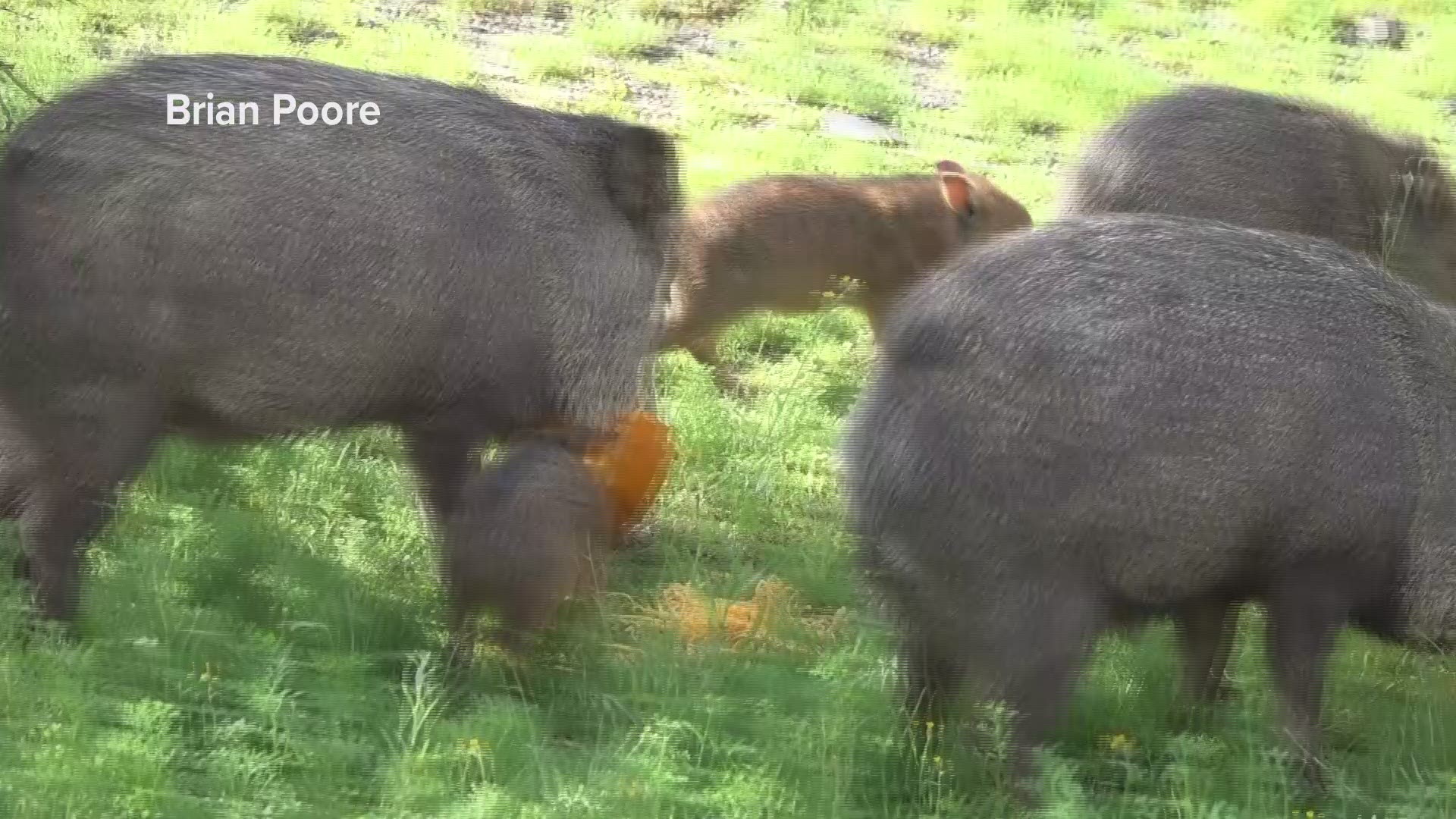 TUCSON, Ariz. — The word is in all caps on the Arizona Game and Fish Department's website: "people should NEVER feed javelina." A Tucson woman found out why Sunday evening when she was bitten by the animal, according to AZGFD.

Arizona Game and Fish tweeted Monday the woman, who they referred to as a "habitual feeder of javelina," was taken to urgent care and released. The agency said she was feeding the animal table scraps.

According to the agency's website, javelina will usually visit homes in search of food, water or shelter.

"Javelina usually cause only minor problems for people by surprising them or eating a few plants," the department's website says. But feeding them can cause javelina to become regular visitors causing problems for the neighborhood or even the animals themselves.

MORE WILDLIFE: Are bobcats getting more friendly in one Ahwatukee neighborhood?

"Javelina occasionally bite humans, but incidents of bites are almost always associated with people providing the javelina with food," the Arizona Game and Fish website says.

A javelina's bite, according to Game and Fish, can cause a serious injury. The department said it recommended rabies shots for the woman.

The department included a reminder in its tweet that feeding wildlife in Pinal, Pima and Maricopa counties is illegal. If you see anyone doing so you can report them by calling 800-352-0700.

For more information on how to discourage javelina from your property, visit the Arizona Game and Fish Department's website.