Arizona utility spent big to sway election of its regulators

Arizona Public Service funneled a combined $12.8 million to 15 political groups in 2014, including $3.2 million in the races for the state commission regulating it. 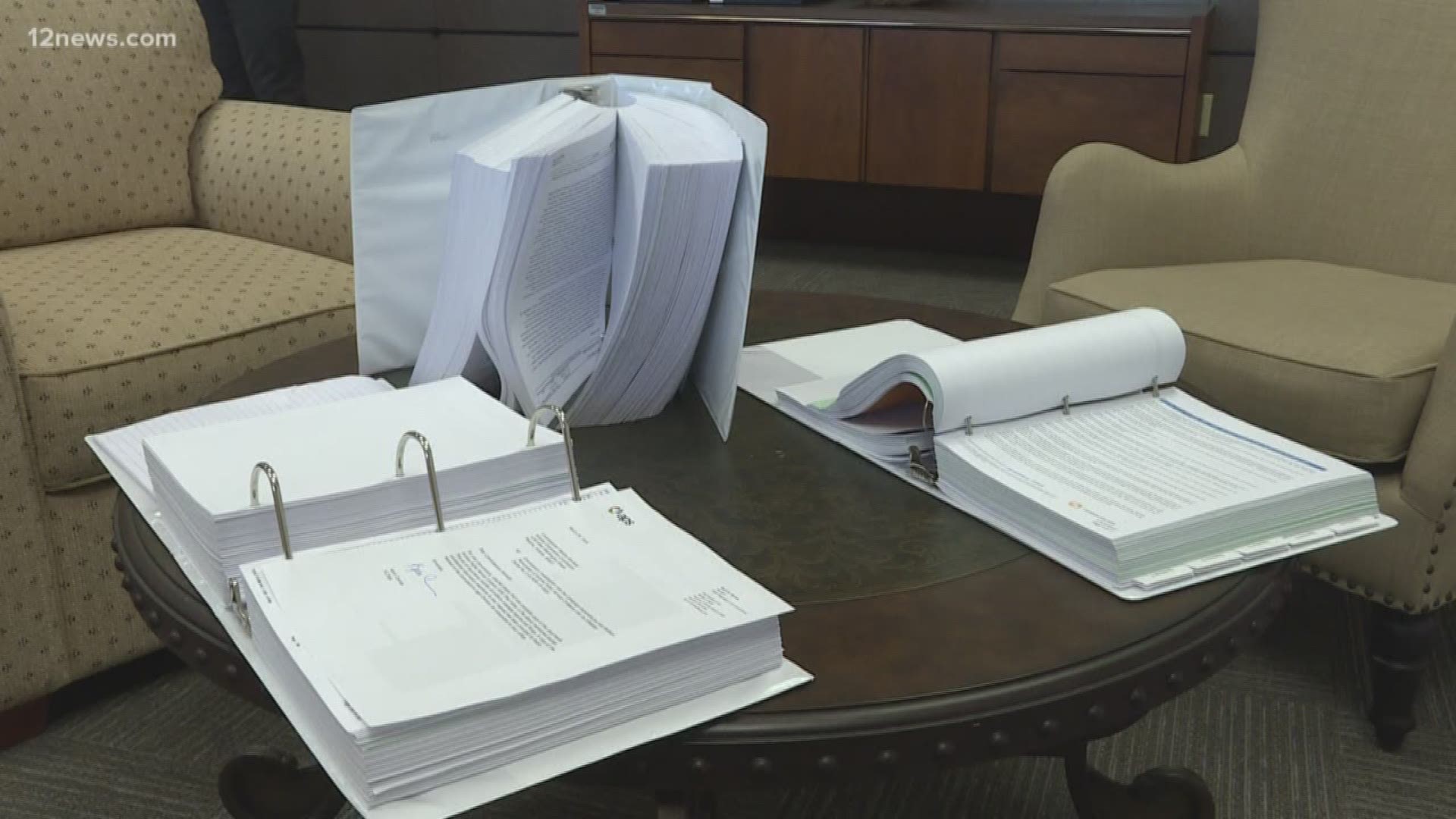 Editor's Note: The above video aired on April 2 after Arizona Public Service released documents revealing that the utility spent millions in 2014 to help elect the regulators who decide how much APS can charge customers.

PHOENIX (AP) — Facing what it saw as a threat to its monopoly from a surging rooftop solar industry, Arizona's largest utility secretly funneled millions of dollars to back favored candidates for the state commission regulating it.

Arizona Public Service Co. recently acknowledged it gave money to groups that spent $3.2 million in the 2014 Arizona Corporation Commission races. The disclosure in filings with the commission came after the utility refused for the past four years to confirm or deny its participation in the election despite broad suspicion that it did.

The spending raises questions about whether a regulated monopoly such as APS should be allowed to contribute money to political causes that could adversely affect customers, and whether it should be permitted to keep such spending secret.

"They are still taking ratepayer money and using it against the ratepayers to jack up their rates," said Tom Ryan, an attorney in metro Phoenix who has been a critic of some commission members.

The 2014 move by APS and its owner, Pinnacle West Capital Corp., was a break from a decades-long practice by the state's utilities of not meddling in political races involving their regulators. The utility spent on elections again in 2016 and 2018 but publicly disclosed it.

The shift led to years of negative press, along with an FBI investigation that continues to this day.

Pinnacle West and APS CEO Don Brandt was involved in deflecting news reports as the company funneled a combined $12.8 million to 15 political groups in 2014, including the $3.2 million that was spent in commission races.

The utility finally disclosed the spending late last month after a Democrat who took office in January joined with other commissioners to demand records.

It also provided details of $4.1 million in spending to influence its regulators' 2016 election and nearly $40 million to defeat a citizens' initiative last year that would have required that it get much more of its power from solar and other renewable sources. APS previously acknowledged those contributions.

"That was a policy issue with direct impact on our customers and our business and on Arizona," Jenna Rowell, the utility's director of external relations, said of the 2018 spending. "So we got involved in that early, we were up front about that. In addition to all of the required disclosures, we talked frequently and openly about why we were getting involved against that effort."

Brandt was getting updates from executives overseeing the company's political efforts in the 2014 and 2016 elections, according to documents provided to the commission.

Editor's Note: The video below from Sunday Square Off on April 14 details emails and messages that reveal what went on behind the scenes at APS in 2014 as it tried to influence Arizona Corporation Commission races. 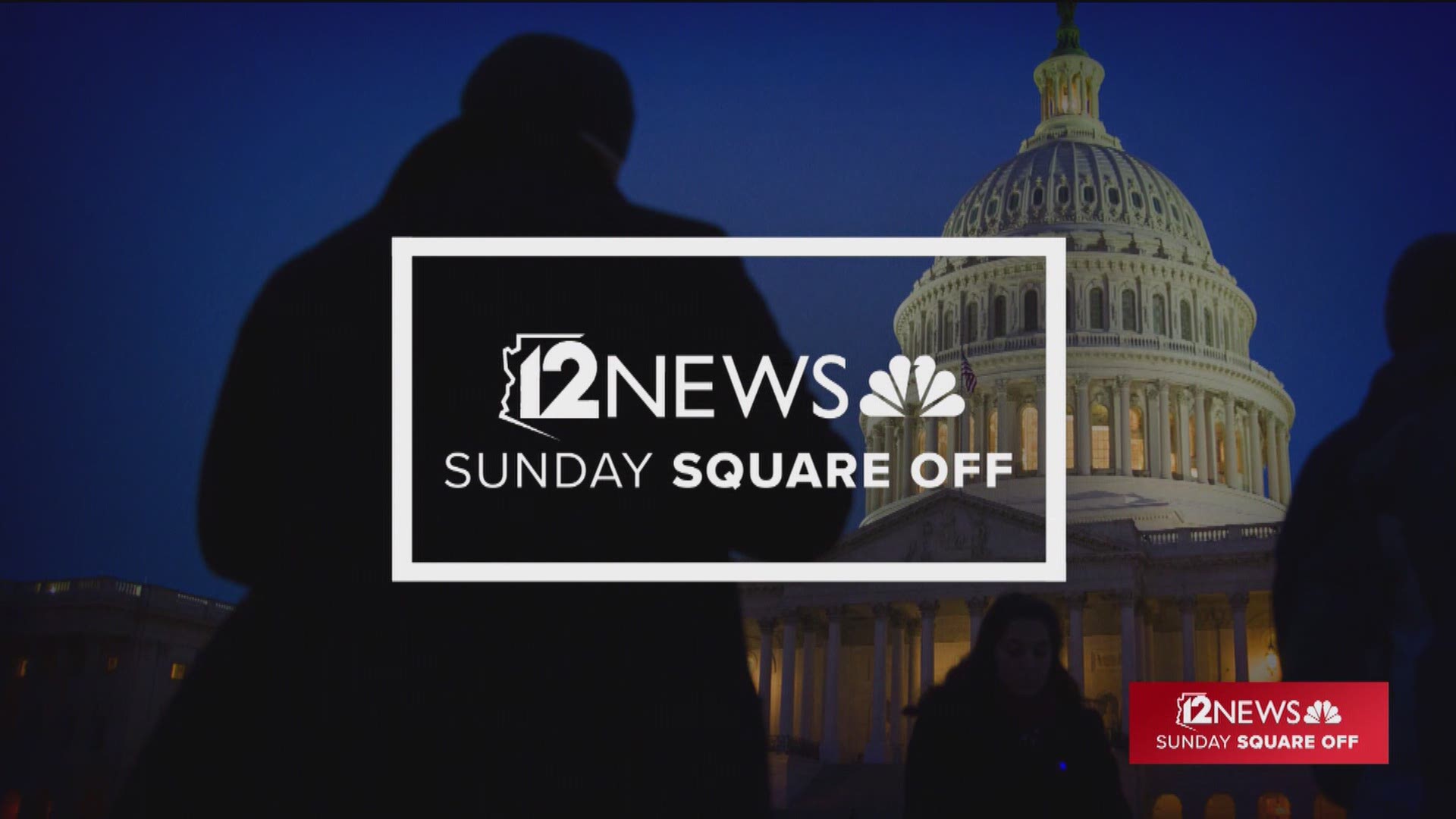 Company officials haven't made Brandt available for interviews. Rowell pointed to a 2014 letter from the company's then-chief operating officer when asked why it dumped its long-held policy of not engaging in political races for its regulators.

"As you undoubtedly are aware, the political landscape is changing," now-retired COO Mark Schiavoni wrote to two commission candidates who inquired about the utility's 2014 political spending. "Because of the tactics a number of organizations are employing to misrepresent important regulatory issues, we may need to respond in the future to set the record straight on issues of importance to Arizona, our customers and our company."

One group that received funding from the utility also spent $704,000 in the 2014 secretary of state's race, including giving $437,000 to support Republican candidate Justin Pierce, the son of then-outgoing Commissioner Gary Pierce.

The FBI and U.S. Attorney's Office launched an investigation tied to the spending, and Pinnacle West was forced to confirm in its filings with the Securities and Exchange Commission that it has received grand jury subpoenas for information "pertaining to the 2014 statewide election races in Arizona for Secretary of State and for positions on the ACC (Arizona Corporation Commission)."

The FBI confirmed to The Associated Press that its investigation into political spending in certain 2014 statewide races remains ongoing, though it declined to provide details. The U.S. Attorney's Office declined to say whether a grand jury was still examining the 2014 spending.

Neither APS nor the FBI has disclosed which possible violations of law are being investigated.

Pinnacle West insists no ratepayer money was spent on its political efforts, but former Commissioner Bill Mundell said the claim was disingenuous, given that the company gets nearly all its money from utility customers.

The 2014 effort came as APS was faced with a growing rooftop solar industry and consumers' embrace of solar panels that could cut their power use — and the utility's profits. APS wanted commissioners to lower the amount it had to pay for power rooftop solar customers sent back to its utility grid. The commission ultimately did lower that payout for future solar installations.

Vernon Parker, who lost his 2014 commission race, said he drew APS' ire by going to a pro-solar gathering where he gathered campaign petition signatures.

Commissioner Andy Tobin, who was backed by the utility in his 2016 race even though he said he discouraged it, said APS should have been upfront about its 2014 spending and explained its belief that the solar industry posed a threat to its business.

"That's what they should have done, and I don't know why they didn't," Tobin said.

OPINION: On the Mark: The largest utility in Arizona shouldn't play politics