DES says most of that money was obtained fraudulently. Many Arizonans who had their money seized say that's not so. 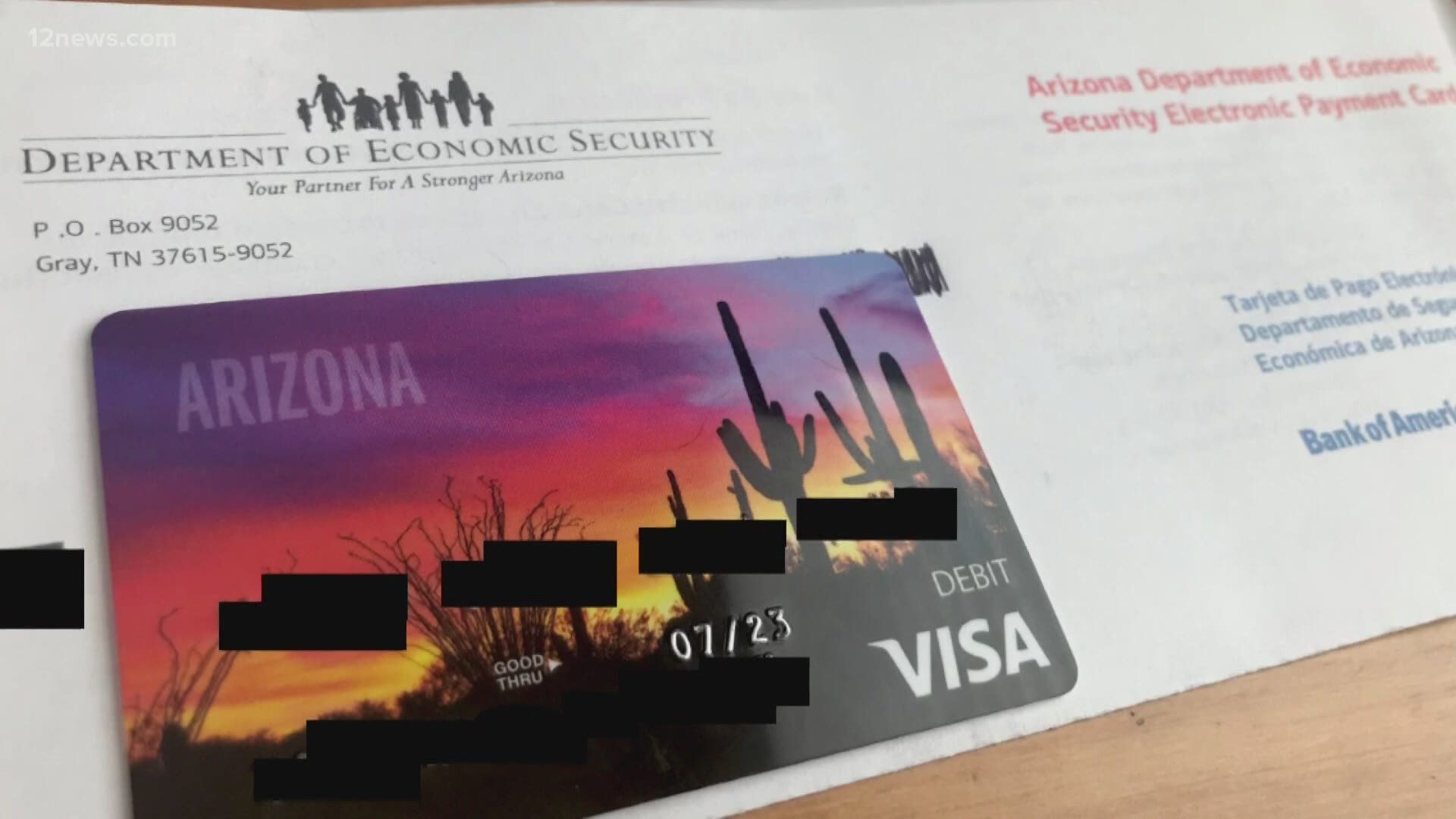 PHOENIX — The Department of Economic Security says it has taken back $70 million from 28,000 unemployment assistance accounts that were closed earlier this week because of suspected fraud.

The unexpected account closures caught many off guard. Those who filed legitimate claims are looking for answers and want to know when they will have access to their unemployment payments again.

A DES spokesman said the agency has received less than 1,000 emails from claimants who believe their accounts were incorrectly closed. That email address is AZUIFraud@azdes.gov.

DES continues to work with those who believe they are eligible for benefits. Verifying eligibility and reinstating benefits will require additional information/documentation. Upon verification, a new debit card will be issued to the individual.

But that is easier said than done for those trying to get a hold of DES.

Donna Tinker is a traveling pediatric nurse who spent January 2019 to March 2020 working at Phoenix Children's Hospital. She said when her contract ended in Phoenix and her new contract with a hospital in Arkansas fell through she had no choice but to file for unemployment.

Tinker moved back to her home in Indiana but since Arizona was her last state of employment she had to file her weekly claims in Arizona, she explained.

"I had no problems up until this had happened. I felt a little bad that it had gone so smoothly and this happened without warning," Tinker said.

Tinker is one of many who was blindsided by the sudden closure of her bank account for unemployment payments.

"You feel like you know your claim is legitimate. It seems like they created more work for themselves with doing this sweep across the board when maybe they could have determined what was really fraud and what wasn't," Tinker said.

Tinker said she has called DES several times but cannot get through to anyone.

Arriane McArthur and her husband, Norman, are among those who also had their account closed.

The McArthurs moved to Alabama back in early March, but when COVID-19 hit, Norman couldn't get his business off the ground, and Arriane's job transfer never begun.

"I received an email from Kohl’s letting me know that they were closing the stores due to the virus and everything that we could go ahead and apply for unemployment," Arriane said.

They both filed and were approved. They've both been receiving benefits since March, but a few days ago, Arriane said her card didn't work.

"I went to go pay something at the grocery store and it got declined so I came home and it shows that the account is closed," Arriane said.

Her card that was supposed to be loaded with benefits had been drained. Arriane's statement shows the money that was in the account was refunded back to DES, and she received an email saying her account was closed. The same thing happened to Norman.

"The money that we have on our cads was for future bills, but now we can’t pay them. We can’t pay our rent, our car payment, and all that stuff because we left all the money on the cards," Norman said. "We weren’t worried about it. Now we don’t have it."

Joshua Black, an employment attorney in Arizona, said those who lived and worked in the state then moved, can get unemployment benefits if they need it.

"Essentially they want to see that you’ve been here, that you’ve paid into the benefits. As long as you have, you qualify. It doesn’t matter where you move to you’ll still qualify for those Arizona benefits," Black said.

A number of the "small portion of individuals" that DES references appear to have started a Facebook group called Arizonans vs. DES Class Action page.

Another person made a post about Arizona on the r/Unemployment subreddit on the Reddit website, saying that their card account was also closed with all money being withdrawn. Many people responded, saying the same happened to them.

Was your account wrongfully closed? Email us at connect@12news.com with details. 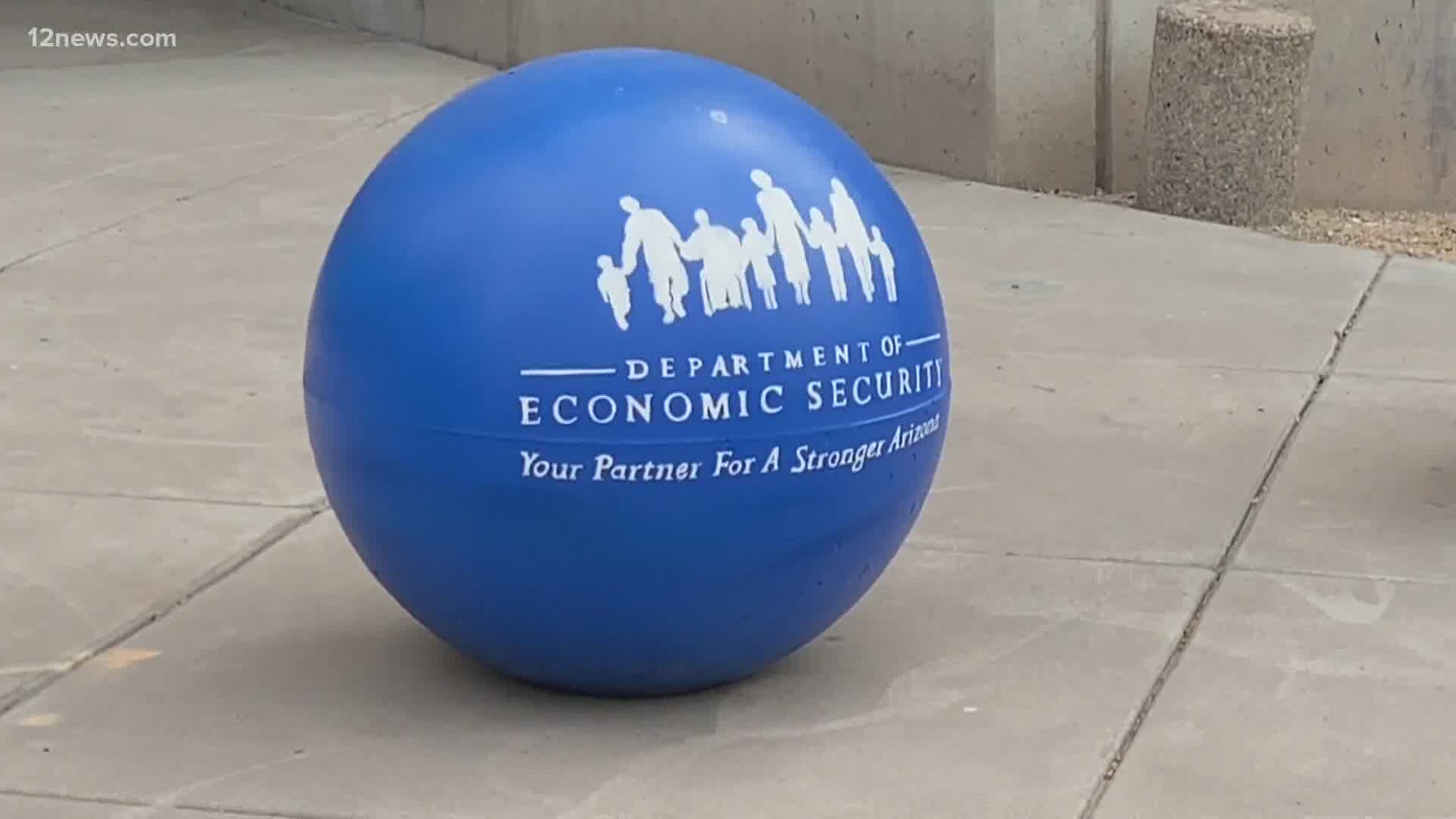