Hannah Foote said the apartment complex did not have a fire alarm or sprinklers when the blaze broke out last Wednesday. 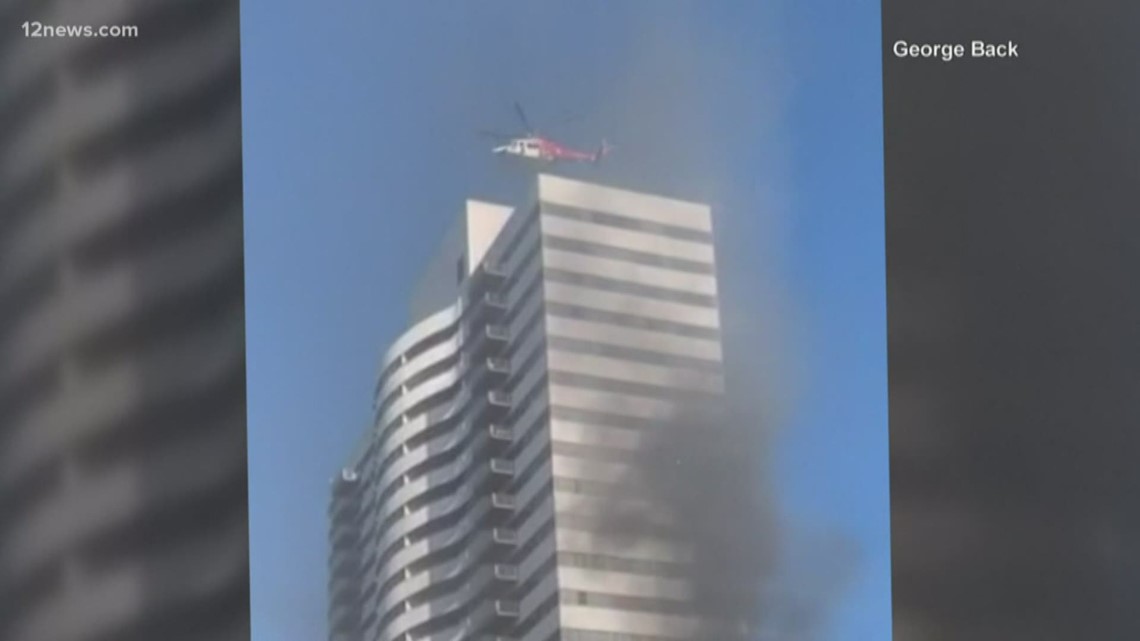 Students from Arizona State University were caught inside a deadly fire at a high-rise building in Los Angeles last week.

The fire at the 25-story Barrington Plaza apartments on Wednesday killed a 19-year-old man and injured 13 others, according to the Los Angeles Times.

At least seven people, including a 3-month-old baby, were sent to a hospital. Two firefighters suffered minor burns.

The ASU Cronkite School students made it out OK, but one of them told 12 News that no one knew where the smoke was coming from -- and there were no fire alarms or sprinklers.

Foote has been in Santa Monica for about three weeks. She was on assignment for the Walter Cronkite School of Journalism, which put her up at an apartment in Barrington Plaza.

The fire began about five floors directly beneath Foote's apartment.

"I went to my window and everybody was already evacuated and they were screaming at me when they saw my face to get down," Foote said.

"It was really traumatic, actually. I was one of the last people to be evacuated from the stairwell instead of helicoptered off the roof," she continued.

This was the second significant fire in that building in the last seven years. Despite that, there is no sprinkler system in place because the tower was built before 1974, making it exempt from current building code.

"I just can't believe they would let something like this happen," Foote said. "It just shows they don't care about the safety of their residents. They just care about the expenses that it would have."