Dates and details for the fair are still being decided. 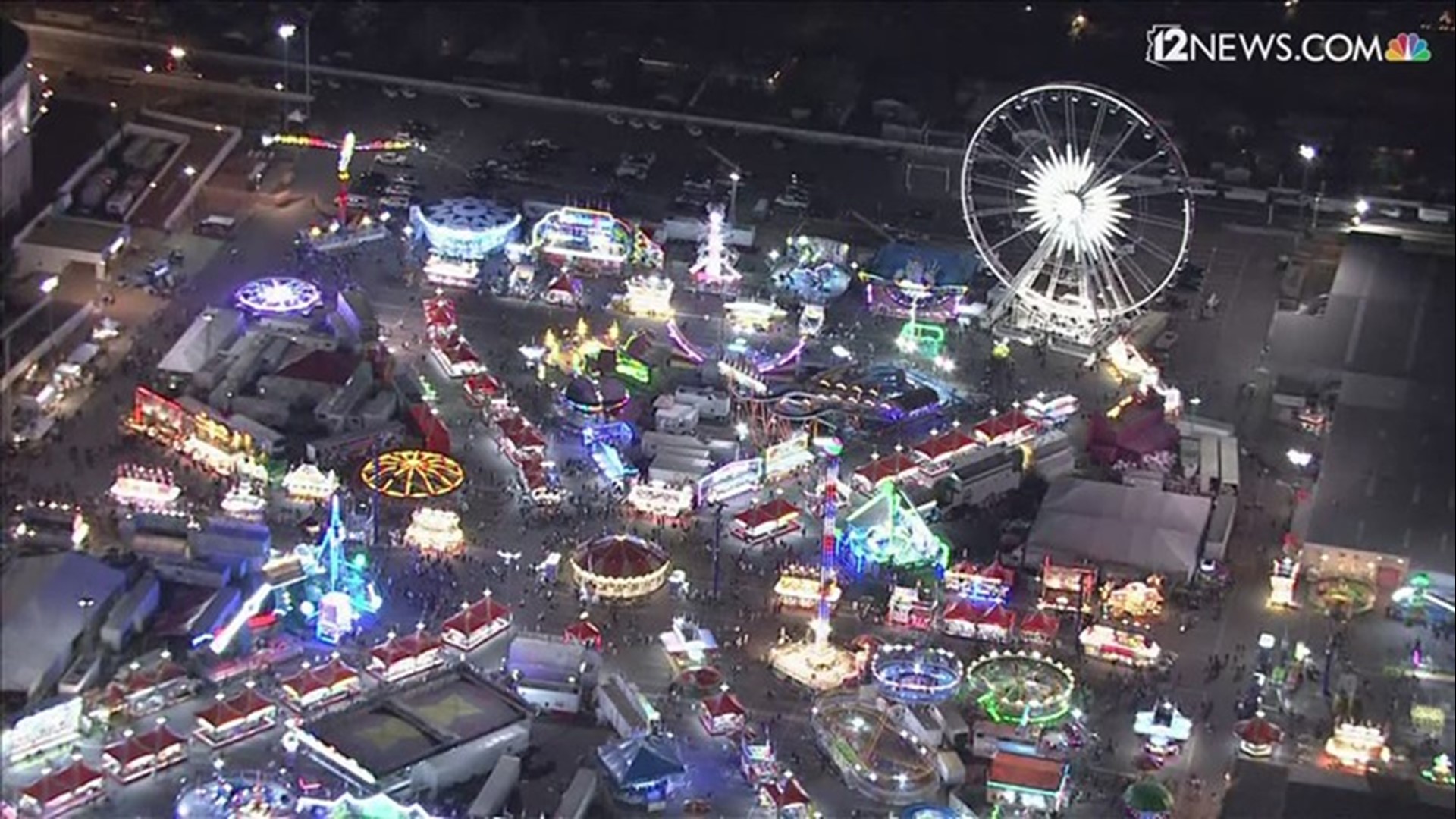 PHOENIX — The Arizona State Fair is moving to a different location for 2021.

Gov. Doug Ducey announced Thursday that the fair will now be at Wild Horse Pass Motorsports Park for this year.

The announcement comes after an official notice and public meeting with the members of the Arizona Exposition and State Fair Board earlier in the day.

Dates and details for the fair are still being decided.

The Arizona State Fair is returning this year! It will be temporarily moved to a large, safe venue on the Wild Horse Pass Development Authority thanks to a gracious offer from the Gila River Indian Community. Dates are being finalized. 1/

The Arizona State Fair has traditionally been held at the State Fairgrounds at McDowell Road and 19th Avenue in Phoenix.

The fairgrounds have been used as a mass testing and vaccination center during the pandemic, and Ducey says the space will continue to be used to help residents in the area.

In 2020, the Arizona State Fair was canceled due to COVID-19, but in the fair organized a series of drive-thru events for a taste of the fair food, which drew thousands of people.