Arizona soldier trying to get custody of non-biological son

Adopted Army soldier is lied to and is now in a custody battle. 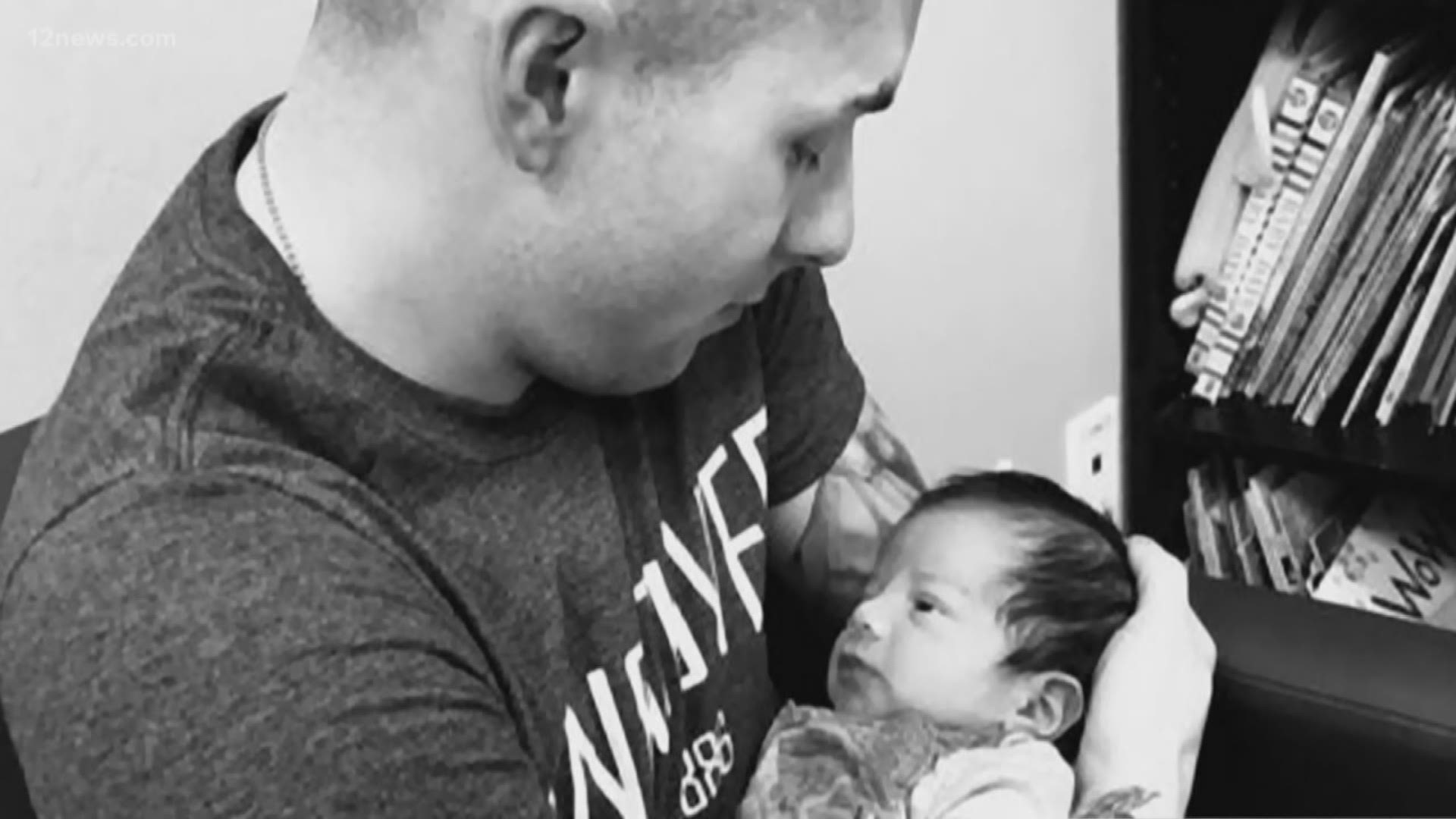 TUCSON, Ariz. - A Tucson solider stationed in South Korea is facing a personal battle when it comes to getting custody of a baby. The story is full of heartbreaking hurdles, but the biggest was finding out the newborn baby boy wasn't his biological son.

Army Sergeant Steven Garcia is going into debt trying to get custody of the child he was tricked into believing was his before he was deployed.

“I would just ask her, 'Why?' why she lied about everything.” Sgt. Garcia said.

Garcia was an expectant parent as of 2017, but in February of this year his soon-to-be ex-wife Marina Garcia told him the baby died during labor while he was overseas.

“When my sister called me about that, it was pretty emotional. We cried quite a bit together over the phone. It was devastating,” he added.

What he didn't know was that the baby was still alive, even though DNA testing later determined the child is not actually his.

“When I found out I wasn't, I was pretty upset; I was kind of in denial. I couldn't believe what was going on,” Sgt. Garcia said.

What's worse is that the baby was apparently too much for Marina to handle.

Cochise County Attorney Brian McIntyre said Marina gave the newborn to a couple who are old friends of hers.

“The only thing on her mind was getting rid of this child, this 'problem' in her life,” McIntyre said.

But just 72 hours later, Alex and Leslie Hernandez were pulled over with the infant in the car. Authorities say the pair told troopers the baby wasn't theirs and that the trio conspired to forge the birth certificate.

Marina didn't want to talk to the media but made sure to mention that the child didn't belong to Steven.

“He's not going to get custody of the baby. He's not the biological father,” Marina said.

Still, Steven is not letting that stop him, his determination to adopt the little boy stems from his own upbringing.

“My adopted father completely changed my life. Without him, I would not be where I am today,” he said.

Marina has pleaded guilty to felony forgery charges for naming Alex Hernandez as the father.

She’s scheduled to be sentenced next month. Meanwhile, the couple who took the baby is sentenced to four years of probation.