An Arizona state Senate ethics complaint against Sen. Wendy Rogers alleged she yelled in a staffer's face and questioned his weight. 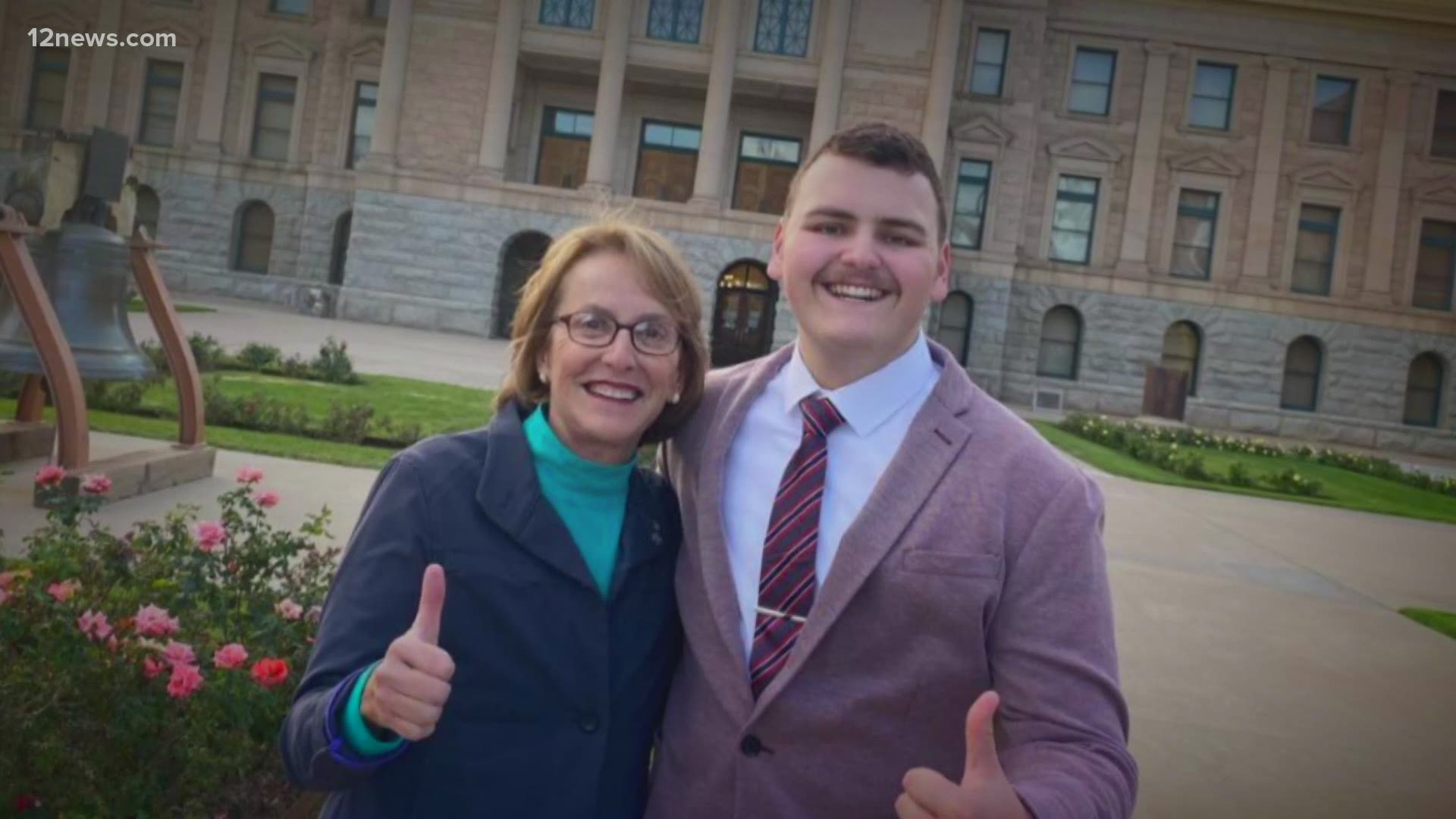 PHOENIX — Michael Polloni’s first day back at work after recovering from COVID-19 was his last day as State Sen. Wendy Rogers’ legislative assistant.

The day ended with Rogers yelling in his face, he said in an interview with 12 News, and Senate staff giving him a choice: quit or be fired.

“I could feel her saliva on my face,” Polloni said. “I had to take my hand and rub off the saliva.”

“Then she informed me very sternly that we were at war, I do not understand half of what she knows. I was thinking, ‘We’re not at war, ma’am,’ but I couldn’t say that.”

Rogers is an Air Force veteran who won her northern Arizona Senate seat in her sixth run for office over the last decade.

She is a far-right Trumpist and defender of two GOP congresswomen who spout QAnon conspiracy theories.

Trump is still my president. I don’t care what the fraudulent certification says.

Rogers didn’t respond to a request for comment from 12 News. Rogers has until Monday to file her response to Polloni’s complaint.

The complaint sets in motion an initial review by the Senate Ethics Committee. That review could take up to three weeks.

It could result in a decision to dismiss or to launch a formal investigation.

There is a certain irony in filing an ethics complaint in Arizona’s Legislature: Neither the House nor the Senate has a formal Code of Ethics. That vacuum has been highlighted during several scandals in recent years.

Polloni had seen Rogers speak at a Turning Point USA event at NAU, during her race for the LD 6 Senate seat in northern Arizona.

“I thought she was a go-getter -- super sweet, super nice to me and other volunteers,” he said.

Polloni felt another connection with Rogers: He was from a military family, and she was an Air Force veteran.

After Rogers won the November election, she offered Polloni a job as her legislative assistant, the first person visitors see when they enter her Senate office.

“I was speechless,” he recalled. “A 20-year-old getting a state Legislature job. I was texting my dad and he said, ‘Jump on this.’”

But the excitement quickly wore off.

When Rogers visited her new Senate office in mid-December, Polloni said, she told him his suits didn’t fit right and he needed to buy new clothes.

“I’m a little big, but I used to weigh 320 pounds,” he said. “Being told that I need to lose more weight, look thinner, it just kind of crushed my self-esteem right there… but me being me, I didn’t want to confront her.”

Polloni did confront Rogers when he returned to work on Jan. 14, Rogers’ fourth day in office, after being out for 10 days with COVID-19.

Pollini said he had wanted another staffer present in Rogers’ office when they talked, but Rogers refused.

She said, “This is between you and I,” according to Pollini.

“I said, Ma’am, just to start off, I’m sorry I contracted COVID but I’m back here and I’m ready to work,” Pollini said.

“She proceeded to tell me how disappointed she was that I was not working for her while I was home.“

“I said, ‘Ma’am, when I was at home -- I felt very disrespected when you asked what was I doing at home, just sitting on my butt doing nothing?” Polloni recalled.

Rogers said, “My bull---- detector was going off. And she said it still is,” according to Polloni.

It wasn't the first time she questioned his illness, the complaint says.

He chose to resign, but said he was never given a reason for a firing.

“I was just baffled,” Polloni said. “I gave up university to help her. I put my whole life on pause to help her.”