Arizona ranks among top 10 on list for worst drivers... again

Arizona drivers are bad and we should feel bad, according to multiple highway safety studies. 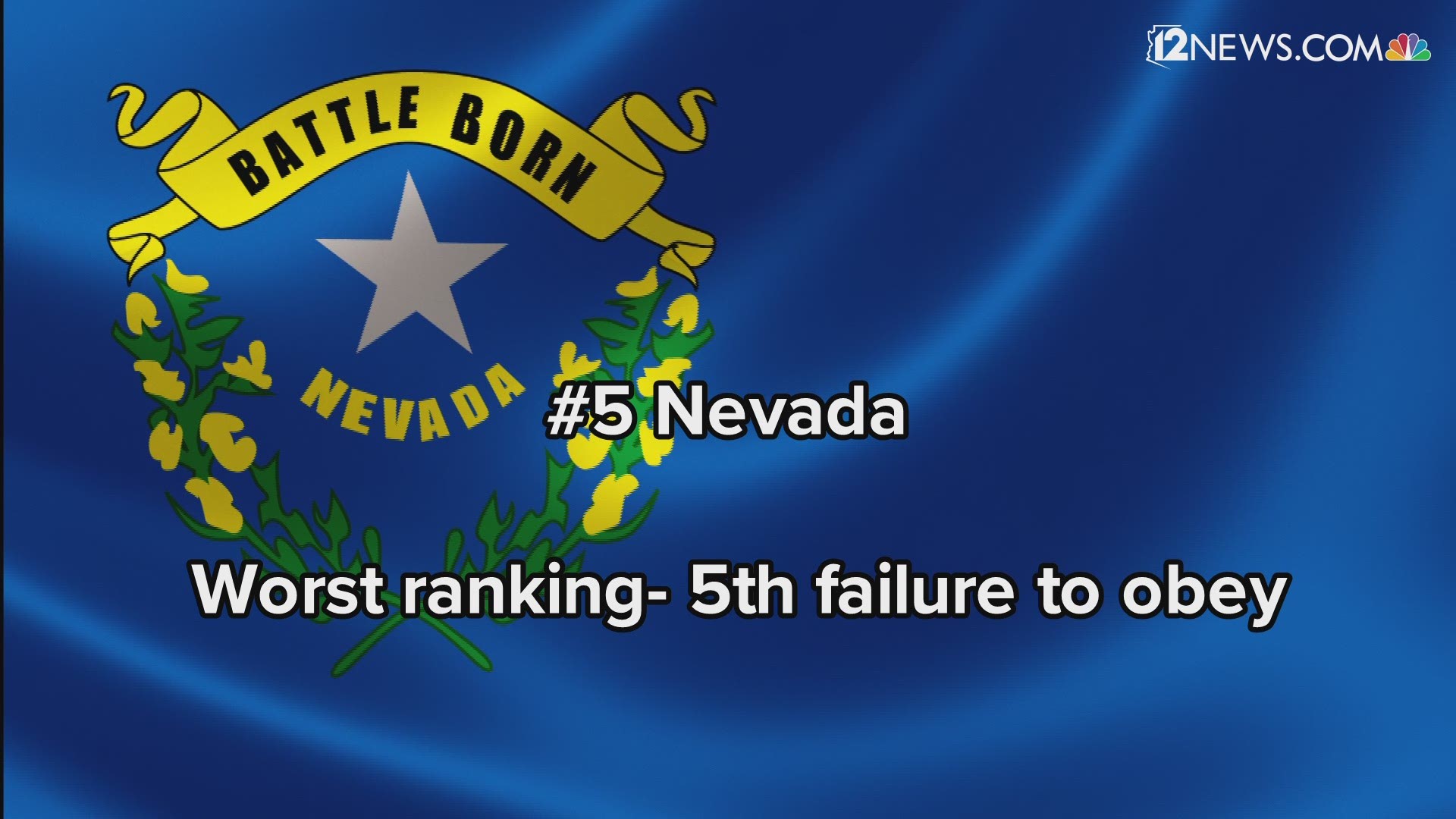 PHOENIX — We get it: Arizona drivers are not very good. Study after study seems to confirm this.

The latest comes from SmartAsset, a personal-finance company, which looked at data from the National Highway Traffic Safety Administration and each state’s Department of Transportation. According to that report, Arizona ties with Alaska as the state with the ninth worst drivers.

We aren't the absolute worst, though. Mississippi earned that dubious distinction, with Tennessee coming in second and California and Missouri tying for third.

Arizona consistently scored in the top half among states when researchers looked at DUI arrests, fatalities and how often residents in each state Google "speeding and "traffic tickets". Only 88 percent of Arizona drivers are insured, the report says.

Walking or biking isn’t much safer for commuters. The Governor’s Office of Highway Safety says pedestrian fatalities in Arizona have increased about 56 percent since 2012, with 122 pedestrians killed by drivers in 2012 and 190 killed in 2016.

But it is getting slightly better for Arizona drivers. The report says the fatality rate per miles driven has fallen 37 percent since 1994.

RELATED: What do Phoenix-area drivers NOT know how to do?