Arizona, other Western states urged to plan for water shortage

Federal officials are painting a dire picture of the Colorado River water supply. 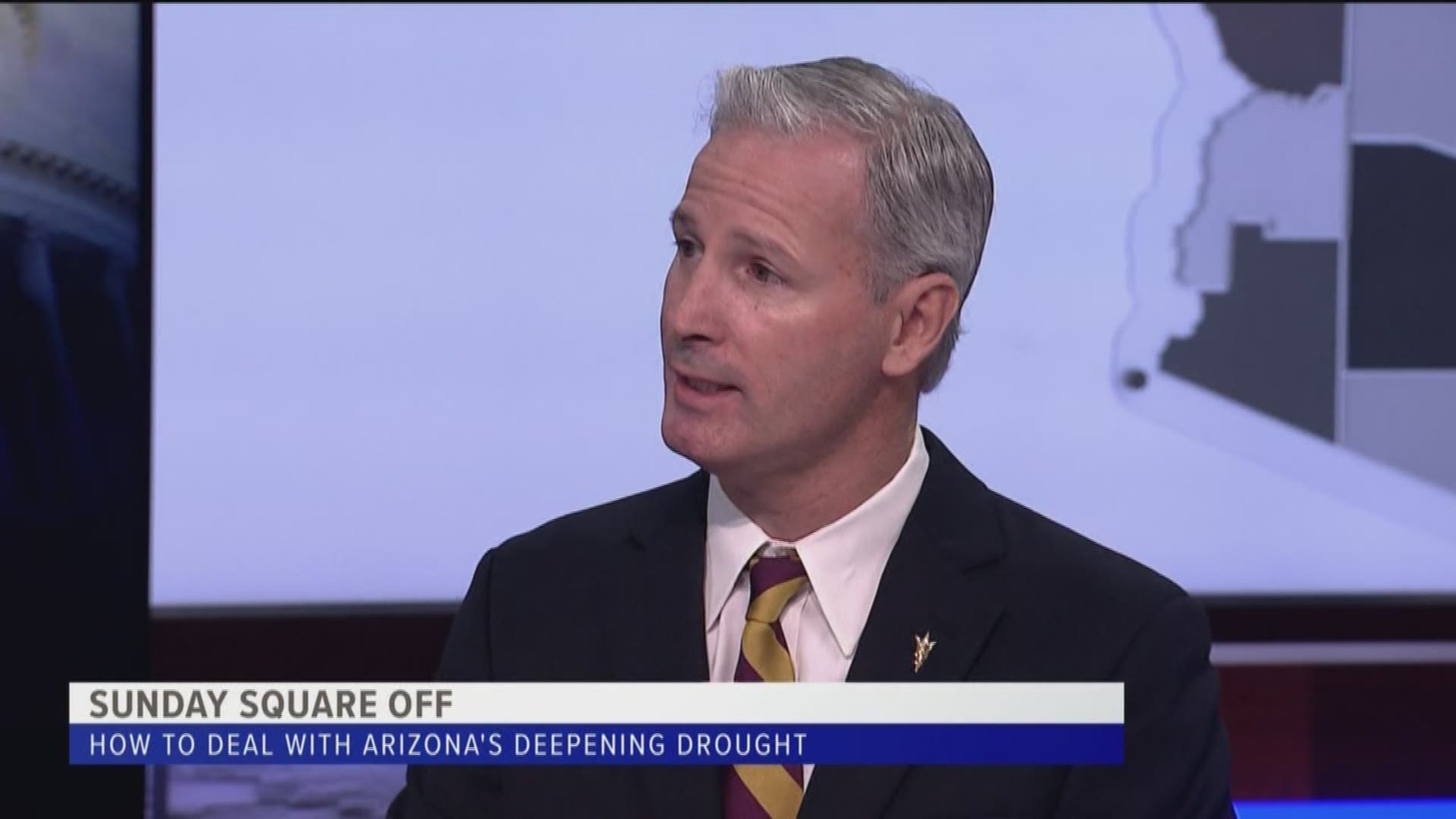 Arizona is renewing a focus on a drought contingency plan for the shrinking supply of Colorado River water after the federal government urged the state and six others that rely on the river to better plan for it and quickly.

Federal officials are painting a dire picture of the Colorado River water supply.

The upper and lower basins have been working on drought contingency plans that would lessen the sting of a shrinking water source.

U.S. Bureau of Reclamation Commissioner Brenda Burman wants those plans done by the end of the year.

She warned that if Arizona doesn't sign on, she'll face immense pressure to reduce deliveries to the state. She also predicted litigation. The agency says it would rather the states negotiate solutions.

In the river's lower basin, the amount of water allocated to Arizona, Nevada and California depends on Lake Mead. Shortages would be triggered if the man-made reservoir on the Arizona-Nevada border dips to 1,075 feet above sea level.

The U.S. Bureau of Reclamation puts that possibility at more than 50 percent in 2020.

Arizona would take the biggest hit.

Arizona water officials outlined an ambitious plan Thursday to stave off shortages of Colorado River water or at least lessen the impact.

They're hopeful the state's water users can reach agreement by the end of the year on what's known as the drought contingency plan.

The Central Arizona Project and the Arizona Department of Water Resources are forming a committee to work out the details.

The river serves 40 million people and farmland in seven states.